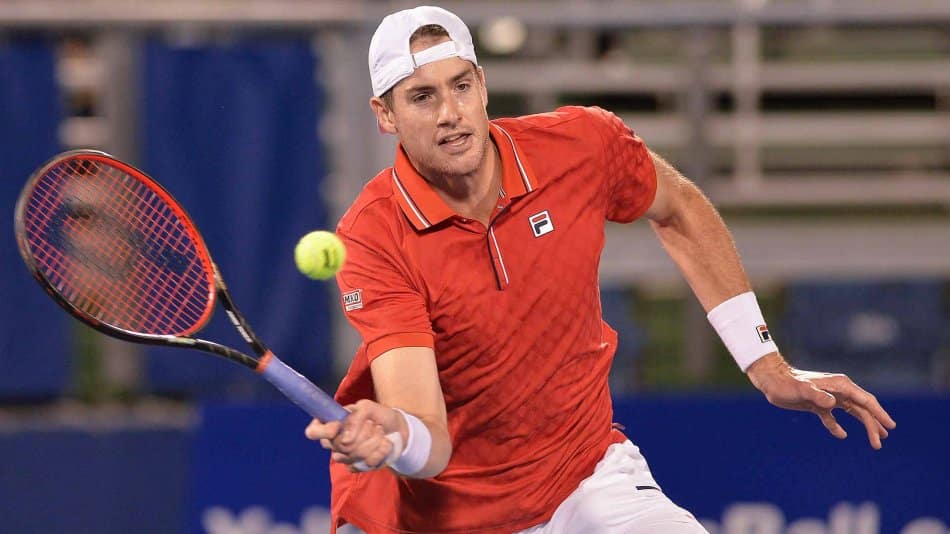 John Isner is already a true legend of world tennis, which he has done in recent decades by holding elite positions for many years. North American continues to be on top with its serve as the best weapon, even becoming one of the best servers ever.

always stick to the game

John started enjoying sports from a very young age, playing tennis since he was 9 years old. He even played basketball until a few years later, until he was 14, because of his height.

Was part of Isner’s team University of Georgia for four seasons (2004 to 2007). In that final year he had his best performances, reaching the finals in singles and titles in doubles and teams.

fans of their local teams

In 2019, John created Eisner Family Foundation is seeking to raise funds for hospitals in Dallas, where he lives. In addition, she supports the UNC Lineberger Comprehensive Cancer Center, where her mother was successfully treated twice. For its part, it also collaborates in charity campaigns for animals. ‘aces for cattle’Donating a huge amount to fight the bushfires in Australia in early 2020.

Isner has always been fully involved in fighting for tennis players, beyond what happens on the court, and the proof is that he was part of ATP Players Council between 2014 and 2020,

American knew how to finish Twelve consecutive seasons among the best 25 players in the worldCounting down from 2010 to 2021. Its highest position was No.8 which it reached in 2018.

Isner, with his relentless serve quality, took part in two of the longest matches in tennis history. the former was with beat Mahut at Wimbledon 2010Won 70-68 in the fifth set after 11 hours 5 minutes. the second was a bit more bitter, in Wimbledon Semifinals 2018Fall to Kevin Anderson after 6 hours 36 minutes.

The Greensboro-born won the Miami Masters 1000 title in 2018, making him the oldest champion to win the category on debut at the age of 32.

Isner has 16 ATP titles Overall, including the 6 won at Atlanta and the 4 won at Newport, being the records at those events.

Aces of his career

John Isner added total 13,960 aces throughout his career. The historical record in a single match was 113 aces in that legendary duel against Mahut in All England, which was also achieved by the American.