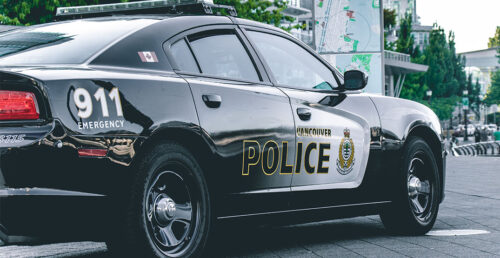 Vancouver police have alerted the public about a disturbing string of violent incidents among teens, where in some cases the victim was lured to the location on social media.

The attacks include swarmings, robberies, and “rituals meant to demean and humiliate peers,” the force said in a news release Tuesday.

In one incident, police said someone befriended a 13-year-old boy online and convinced him to come from West Vancouver to Stanley Park on April 24. Once at the park, the boy was swarmed by a group of intoxicated teenagers, who kicked and pepper-sprayed him before stealing his phone. Afterward, police said the group also attacked a 63-year-old man who was walking nearby.

The boy was found walking on the seawall covered in blood.

A week earlier, police said two boys aged 14 and 15 were attacked and held at knife point in two separate incidents in Kerrisdale. In both cases, a group of 15 to 20 teens surrounded the victim near East Boulevard and West 41st Avenue before stealing their backpacks, wallets, and electronics.

In another incident on April 9, police say a teen held a pellet gun to another’s head while sitting on the Vancouver Art Gallery steps. No one came to police about what happened, and the altercation was discovered when staff reviewed VAG security video.

On March 23, police said a group of six young people bear sprayed a 19-year-old and took his backpack — also near East Boulevard and West 41st Avenue.

Police say they’re speaking out about these incidents to warn parents about the concerning trend of teens swarming and attacking their peers and recording the whole thing on video. In some cases, the attackers force the victim to kiss their shoes once they’re down on the ground.

“These incidents don’t just cause physical harm, they can lead to deep-rooted emotional trauma that leave permanent scars,” Sgt. Steve Addison said. “Sadly, the very nature of these incidents often deters victims from coming forward, because they fear retribution and further humiliation.”