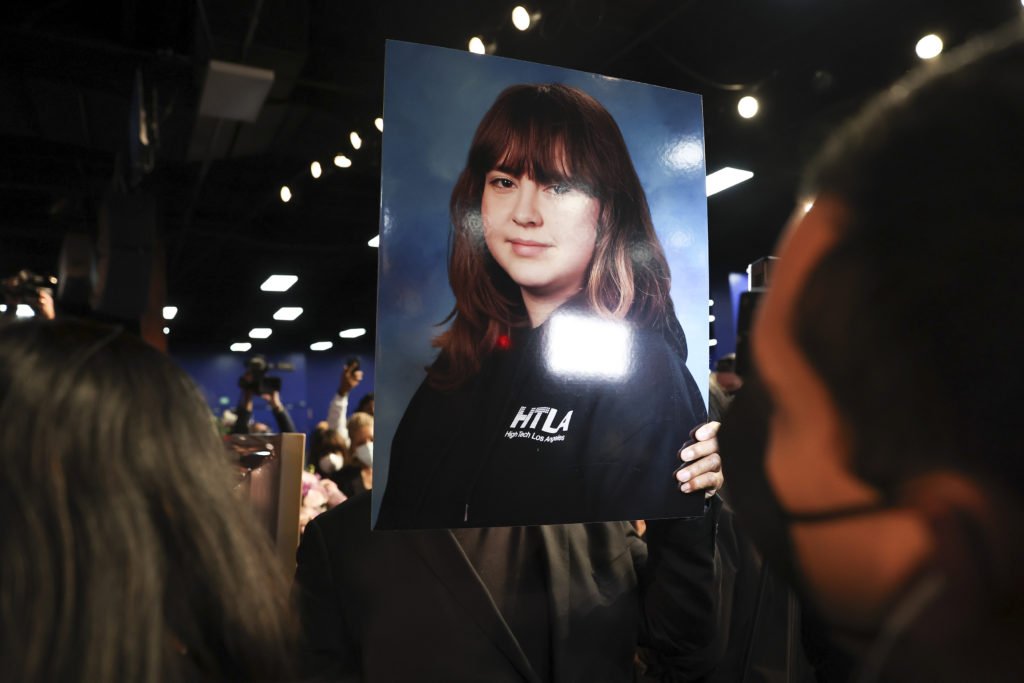 LOS ANGELES (AP) – A 14-year-old girl who died after a Los Angeles police officer fired at a suspect at a clothing store and the bullet pierced a wall was remembered Monday as a happy teen with many friends who loved sports, adored animals and excelled in school.

The body of Valentina Orellana-Peralta was displayed in a pink dress inside a flower-draped casket next to large photos of the girl during a funeral at City of Refuge, United Church of Christ in Gardena, near Los Angeles.

The teen’s father, Juan Pablo Orellana Larenas, said he and her mother will never get over the devastation of losing Valentina so violently.

“As parents, we ask ourselves, is it just for our daughter to die in this way? It’s an answer we will never have, ”he said.

Orellana-Peralta died in the arms of her mother, Soledad Peralta, Dec. 23 at a Burlington store in the San Fernando Valley’s North Hollywood neighborhood. Police officers shot and killed a suspect who was behaving erratically and brutally attacked two women.

One of the police bullets went through drywall behind the man and killed the girl, who was hiding in a changing room with her mother, police said.

“We pray for peace and justice for this innocent blood spilled,” said Benjamin Crump, an attorney for the girl’s family. An emotional Crump led mourners in a chant of “Valentina is innocent!” during Monday’s service.

The eulogy was delivered by civil rights activist Rev. Al Sharpton, who recalled coming to Los Angeles three decades ago to protest the beating of Rodney King by police.

“How long will it take for you to get it right?” Sharpton asked, addressing the LAPD. He called the shooting reckless and said the girl’s death is “not only a tragedy but a travesty.”

Orellana-Peralta looked forward to becoming an American citizen and hoped to attend a Los Angeles Lakers game with her father. She was a big fan of Lakers star Lebron James.

The girl’s mother said last month that the family had left Chile to get away from violence and injustice in search of a better life in the US Monday’s ceremony was translated in real time by a Spanish interpreter.

Her father said the teen loved skateboarding and had dreams of becoming an engineer to build robots. He said she earned good grades, even though English was her second language and she’d only been in the US for about six months.

The shooting is the subject of an internal Los Angeles Police Department investigation. The California Department of Justice is also investigating.

“We at the LAPD would like to express our most heartfelt condolences and profound regret for the loss of this innocent victim, Valentina Orellana-Peralta. There are no words that can describe the depth of the sorrow we feel at this tragic outcome, ”police Capt. Stacy Spell said in December.