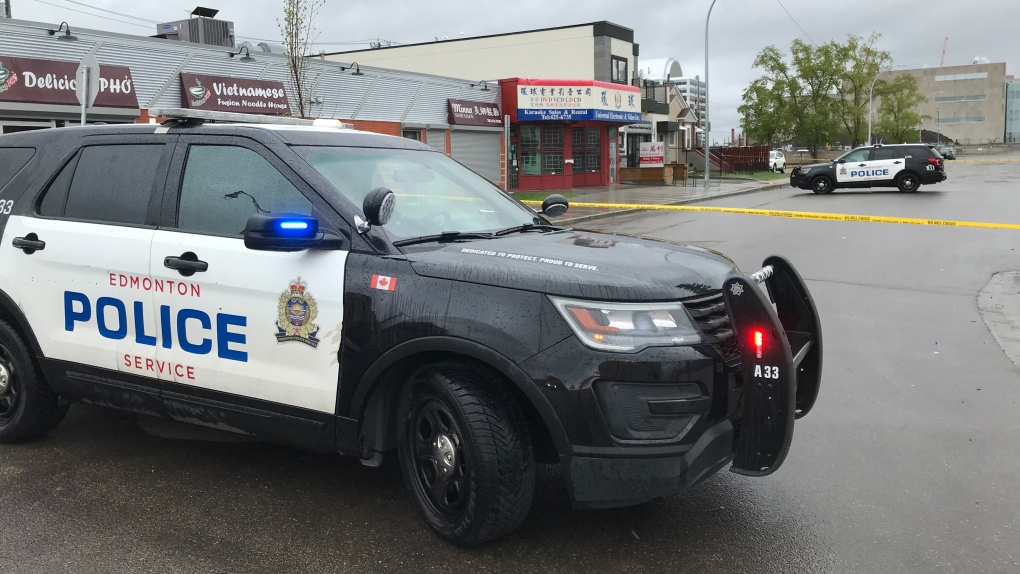 Two men are dead after separate attacks in Chinatown on Wednesday, police said a day later.

Officers then responded to a second scene at 105 Avenue and 98 Street and found an injured man.

The 61-year-old died there, police said. His autopsy is scheduled for Friday. No further details about him or his death were immediately known.

Homicide detectives believe the suspect they arrested is connected to both deaths and charges are pending.

‘THERE WAS NO REASON’

According to Tony Hai, owner of Albert’s Autobody at the corner of 106 Avenue and 98 Street, a surveillance system captured the unprovoked attack of his employee of more than 30 years.

“We spend literally like four hours looking at it. There was no reason,” Hai said, standing on the sidewalk outside his shop.

Around 4 pm, he had been called about a disturbance at his business. He and a security team arrived to find the employee unconscious and a person they didn’t know inside the shop.

“He wasn’t even breathing,” Hai recalled.

The pair had worked together since 1989 when Hai opened the shop.

“He was getting ready to retire,” Hai said through tears. “He’s actually like a brother to me. Not just an employee.”

“I am devastated to hear of the violent attacks that happened in Edmonton’s Chinatown last night, leaving two valued community members dead. I am sending my sincere condolences to both affected families, and I strongly condemn these acts of senseless violence.”