2022 NFL scouting combine guide: How to watch prospects from Maryland and potential Ravens targets in Indianapolis 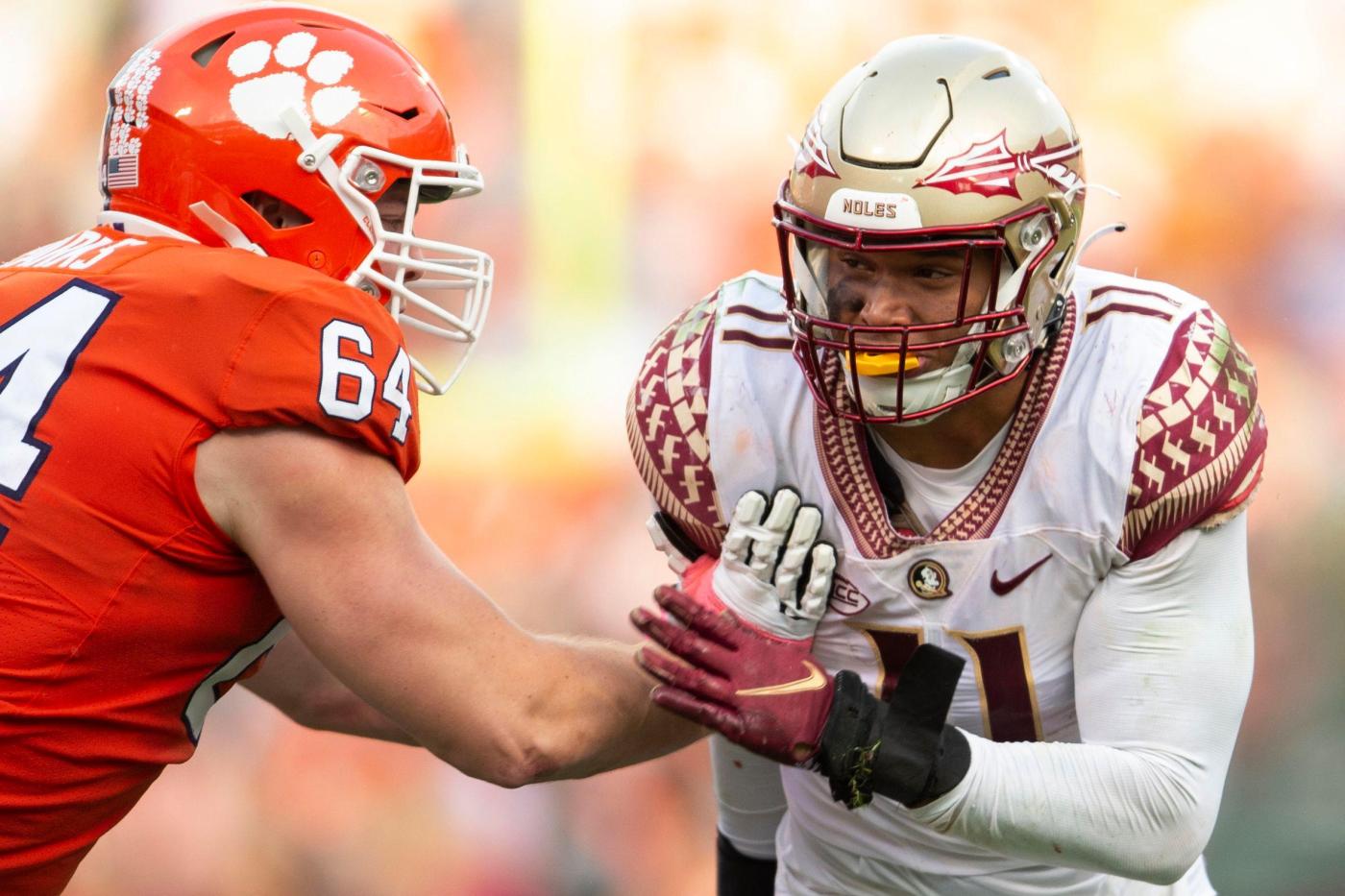 One of the biggest events on the NFL calendar is underway this week in Indianapolis, with more than 300 draft prospects participating at the annual NFL scouting combine.

For those looking to catch a glimpse at a prospect with Maryland ties or check out a potential Ravens target, here’s what you need to know.

Schedule of events and TV info

Prospects with Maryland ties to watch

Maryland safety Nick Cross: The Bowie native and former DeMatha star is coming off a junior season in which he led the Terps with three interceptions and two forced fumbles while ranking second with 66 tackles. The 6-foot-1, 215-pound Cross, a former four-star prospect, was a three-time All-Big Ten honorable mention and is expected to be picked as early as the second round.

Maryland tight end Chigoziem Okonkwo: After missing his junior season with myocarditis, an inflammation of the heart muscle, the 6-3, 250-pound Okonkwo started all 13 games and ranked second on the team with 52 receptions for 447 yards and a team-best five touchdowns to earn All -Big Ten honorable mention. He could be picked on Day Three (Rounds 3-7) of the draft.

Mississippi linebacker Chance Campbell: The Ellicott City native and former Calvert Hall star played 25 games at Maryland before enrolling at Ole Miss as a graduate transfer. The 6-2, 240-pound Campbell recorded 61 tackles, 12 tackles for loss, six sacks and three forced fumbles this past season to help the Rebels win 10 games for just the second time since 2003 and reach the Sugar Bowl. He could be a late Day Three pick or a priority free agent.

Stanford defensive end Thomas Booker: The Ellicott City native and former Gilman star ended his Stanford career on a high note, recording a career-high 59 tackles with five tackles for loss and 1 sacks. The 6-4, 309-pound Booker was also a standout student off the field, becoming a finalist for the William V. Campbell Trophy, also known as the “Academic Heisman,” as a senior. Like Campbell, he could be a late Day Three pick or a priority free agent.

Penn State defensive end Arnold Ebiketie: After transferring from Temple, the Silver Spring native and former Albert Einstein High star exploded with the Nittany Lions, recording 62 tackles, 18 tackles for loss and 9 sacks as a redshirt senior. The 6-3, 256-pound Ebiketie, who was born in Cameroon, has a chance to be selected in the first round in April.

Alabama wide receiver John Metchie III: Born in Taiwan before moving to Ghana, Canada and finally the United States, Metchie attended St. James School in Hagerstown before transferring to The Peddie School in Hightstown, New Jersey, for his final prep season. After a breakout sophomore season at Alabama, the 6-foot, 195-pound Metchie recorded 96 catches for 1,142 yards and eight touchdowns before suffering a season-ending knee injury in the SEC championship game. He’s expected to be a Day Two (Rounds 2-3) selection.

Kentucky defensive end Josh Paschal: The Washington native starred at Good Counsel before following in his brother Travaughn’s footsteps and playing at Kentucky. The only three-time full-season captain in school history, the 6-3, 278-pound Paschal totaled 53 tackles, a team-high 15 tackles for loss and 5 sacks in his senior season to earn first-team All- SEC honors. He could be picked on Day Two or Day Three in what’s shaping up to be a loaded edger rusher class.

Boston College offensive lineman Zion Johnson: The Upper Marlboro native played at Riverdale Baptist and drew little interest from college programs before choosing to play at FSC-level Davidson. After two standout seasons with the Wildcats, the 6-3, 316-pound Johnson transferred to Boston College and quickly became a dominant force, earning All-ACC honors in each of his three seasons as a starter. He’s considered one of the best interior offensive linemen in this draft class and could be picked in the first round.

Penn State offensive lineman Rasheed Walker: The Waldorf native was a consensus four-star prospect at North Point before enrolling at Penn State, where he became a three-year starter at left tackle. A knee injury cost him much of his senior season, but the 6-6, 325-pound Walker’s size and power make him a potential Day Two prospect.

Penn State cornerback Tariq Castro-Fields: The Upper Marlboro native is another former Riverdale Baptist standout who also competed in track and field in high school. The 6-foot, 194-pound Castro-Fields, a former four-star prospect, was a four-year starter for the Nittany Lions, recording three interceptions, 25 pass breakups and a forced fumble in 52 games. He could be a late Day Two or early Day Three pick.

Florida A&M defensive back Markquese Bell: The former four-star prospect left Maryland during his freshman year after being suspended indefinitely a few days before the season opener for an unspecified violation of the school’s student-athlete code of conduct. After spending time at Coffeyville Community College in Kansas, the 6-3, 205-pound Bell transferred to Florida A&M, where he earned FCS All-America honors as a senior. He could come off the board on Day Three or be a priority free agent.

For more on the draft, check out reporter Jonas Shaffer’s breakdown of 10 potential Ravens targets at positions of need.

Left tackle — Mississippi State’s Charles Cross: Combine drills will showcase Cross’ agility and change-of-direction skills, though he still needs to prove he has the power to thrive as a run blocker.

Right tackle — Minnesota’s Daniel Faalele: The 6-8, 387-pound Faalele is far from a can’t-miss prospect, but there’s also no one in this draft quite like him.

Center — Iowa’s Tyler Linderbaum: The 6-3, 290-pound Linderbaum’s fit in the Ravens’ rushing offense is up for debate, but his high-level production and athletic profile are indisputable.

Nose tackle — Georgia’s Jordan Davis: Gap-clogging nose tackles are rarely first-round picks in the pass-first NFL, but Davis could be an exception.

Strong-side outside linebacker — Florida State’s Jermaine Johnson II: With impressive numbers in speed and agility testing, Johnson could convince a few more teams that he has first-round pass-rushing talent.

Weak-side outside linebacker — Michigan’s David Ojabo: If his measurables are impressive enough for teams to overlook his inconsistent edge setting and still-developing pass-rush arsenal, Ojabo might end up as a top-12 pick.

Cornerback — Cincinnati’s Ahmad Gardner: Gardner relies more on his length, physicality and ball skills than on his long speed, but his 40-yard-dash showing could be revealing.

Safety — Michigan’s Daxton Hill: He primarily lined up in the slot last season at Michigan under new Ravens coordinator Mike Macdonald, but he has plenty of experience in the box and as a deep-lying safety.