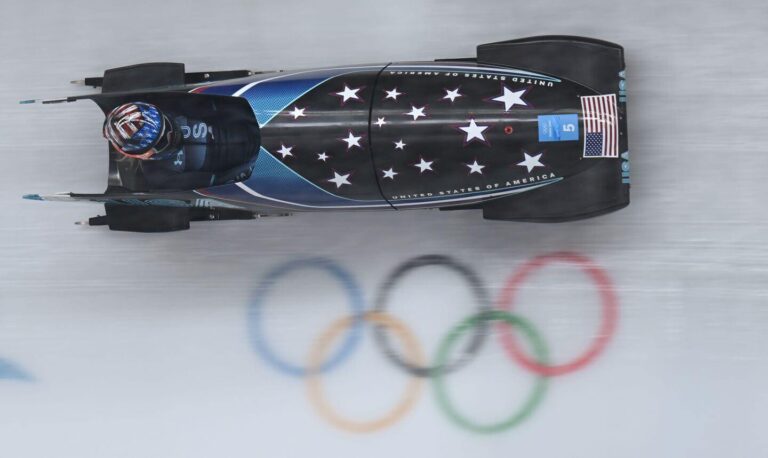 All throughout the 2022 Winter Olympic Games, we’ll have a daily preview here of the top events and how to watch.

With the time difference, each day’s live competition in China begins in prime time Eastern and runs overnight into mid-morning the following day. This installment covers events happening Sunday in Beijing (Saturday night through Sunday morning in the US).

All dates and times below are converted to Eastern time, 13 hours behind Beijing time. NBC’s main-channel curated prime-time show begins at 8 pm ET Saturday, and will feature live bobsled with the women’s monobob and alpine skiing with the men’s giant slalom, as well as tape-delayed coverage of the women’s skeleton final runs and figure skating ice dance competition. All events can be streamed on Peacock or at NBCOlympics.com.

Head to Peacock to catch the action in Beijing.

What: US vs. Germany

A 4-2 win over Canada on Saturday in Beijing put the US in good position to win the group and advance straight to the quarterfinals, avoiding the playoff round of the knockout stage. Beating Germany would seal the deal, and even a loss could still do it.

Kaillie Humphries, who moved from the Canadian Olympic team to the US squad since the last Games, and Elana Meyers Taylor are medal contenders in this brand-new event on the bobsled program. Winners are determined by the total time over four heats across two days. Meyers Taylor tested positive for COVID-19 at the beginning of the Games and had to miss her flag-bearing duties, but she has since been cleared to compete.

The world’s top 500-meter skater, American Erin Jackson is a gold-medal favorite. And she’s only in this race because teammate Brittany Bowe relinquished her spot so Jackson could go to Beijing after Jackson slipped up in the US trials. In a case of good karma, Bowe later got back in the race after the US picked up one of the unused quota spots from other countries. Kimi Goetz, 12th in this year’s World Cup standings, is also in the field.

A loss to Norway leaves John Shuster’s defending Olympic champion team at 2-2 and needing wins. Five teams (including Canada and China) are currently tied in fourth place at 2-2 in the nine-game group stage. The top four teams will advance to the medal round.

What: US vs. Sweden

Tabitha Peterson and the US squad suffered their first defeat Saturday, losing 10-5 to Great Britain. They’re in good position at 3-1, but the strong start has come against the weaker end of the field. The combined record of the Americans’ four opponents so far is 4-12. The record of their final five opponents is 12-6, with 2-2 Sweden up next.