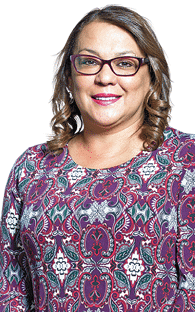 Today is a good day to reflect primarily on those situations that most interested us or had an impact on us during the year ending today. 2022 has been a tough year for me and my family. We started getting sick with COVID-19 and for at least four months I had to sue in federal court for vaccines for my daughter, as the fourth wave of Omicron infections warranted it and, when I finally received protection Of course, there was no CDMX vaccine indicated for his age, which was Pfizer. My mother, who is a Pemex beneficiary, had to buy her medicines frequently, and also had to go to another institution to get her flu shot, as a hospital to suit her was scarce. And these passages that I share with you were certainly repeated in many more families.

For this reason, today my reflection is on public health in Mexico, marked by failed, hasty decisions and accompanied by the frustration of many Mexicans who, like me, know that health is a right. But what is a right? Human rights are rights inherent to all human beings, regardless of nationality, place of residence, gender, national or ethnic origin, colour, religion, language or any other status. These rights are interrelated, interdependent and indivisible. They appear and are explicitly mentioned in the political constitution of the United Mexican States, such as the right to health, education, free transit, equality, integrity, liberty, housing, food, etc.

In 2022, the fourth year of this federal administration, Mexicans continue to be caught in a maze between the right and access to health. None of the president’s efforts to deliver on his campaign promises, a universal healthcare system and free drugs, have been successful. With the change in general health law, the seguro populares disappeared, which could be provenance, but they created insabi. An administrative machinery that was born in 2020 amid the COVID-19 pandemic has not been able to consolidate procurement of drugs from the public sector for several months. They have now transferred that responsibility to IMSS-Bienestar, a federal program that, until recently, operated in the territories of 19 federal entities, though not in all of their territories, implementing a rural model and primary health care. Happened. In other words, the IMSS-Bienestar program does not have sufficient experience in the conduct and hospitalization of specialized or highly specialized services. Never in its 43 years of operation did IMSS-Benestar change its mission, if only changing its name every six years.

During his various presidential campaigns, López Obrador pointed out that previous governments had not fully guaranteed constitutional right Promised to protect health and promote reform of the national health system, through which access to universal and free medical care, including essential medicines and supplies, would be provided. He’s been promising the executive branch for four years that we’ll have a health care system like Denmark’s. The opposite has happened: increasing confusion for the end user; We continue without medicines and without vaccines, and what is more critical is that, according to Iñegi, what Mexican families spend in favor of the health of our families is seven times more than what the federal government invests .

I wish that 2023 is a year in which we all enjoy good health and opportunities open up to find a way out of this maze.