2023 comes with high hopes for UADY 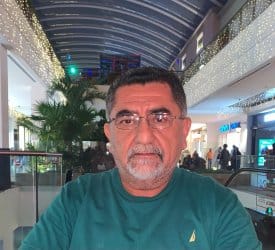 On January 1st, I participated in the protest of Carlos Alberto Estrada Pinto as the brand new rector of the Autonomous University of Yucatán, in an incredible and beautiful auditorium for 600 people in the Campus of Social Sciences, Economics, Administration and Humanities.

I could not miss it, especially if the invitation was given to me personally by Carlos Estrada, whom I have the honor of knowing as he served as Academic Secretary of the Faculty of Chemical Engineering and shortly afterwards became its Director And during this period he inaugurated the new building in the Exact Sciences and Engineering Complex.

Years later we met in the central building of UADY where he served as General Coordinator of Degrees and later as General Director of Academic Development. Of course, I am talking about UADY because I know that he has also held countless positions and responsibilities in many organizations related to his profession as an Industrial Chemical Engineer. It’s one of those advantages that allows you to be a communicator and establish friendships with people you recognize and appreciate and value, like I have more than I can thank God. Is.

The point is that at the ceremony I saw the pride and absolute happiness of their family, and dozens of academicians and students, apart from me, I interpret it as a symbol of expectation of UADY (that which lives, that breathes, that beats) Is). renewal, revitalization; Especially if it is the main generator of thought in the southeast of Mexico, it is a natural factory of scientific and technical knowledge.

However, I also saw some faces of uncertainty, some of sadness and even anger, but that is democracy. I don’t know how many retirees there were, but I felt several eyes pierce my skin, it was obvious that my presence attracted attention, there was even someone who asked me: “Marco I have invited you to the rector’s office.” Seen in protest, are you active again?” No, comrades, I happily retired in 2016 and came out with my head held high, I did not choose there because I know of a case that after the university terminated his contract, it was not only a Again the contract was rather it also occupied positions of relevance, the consequences of which still float in the central building like the Franciscan ghosts who lived in it. But, let me make one thing clear, I am and will be a Jaguar till the day I die (I am 64 on January 20) and if the university needs me for anything, I am ready to respond.

I have seen how Estrada Pinto stands with his name in front of the social networks, my respect, in addition to having an open and direct dialogue with the university community and society, because it starts with full transparency.

I also saw the confirmation of Celia Rosado Avilés as general secretary -by the way, being director of anthropological sciences- she gave me undeserved recognition in the press and for my career in university radio; Another outstanding appointment is that of Marcela Zamudio Maia, as General Director of Academic Development (I have always said this, the backbone of the UADY) and to conclude Elsie Mezzo Palma, a woman in charge of finance and planning. Better than the state, except a woman in every sense of the word.

The first team is completed by the young but expert Carlos Herrera Lizcano, as General Counsel, and another giant and great friend, and here among us, one of those people who are UADY, Aureliano Martínez Castillo, Director of Liaison, know about the work. which did not prosper in the previous administration, but that “aure” – I am sure – will not only show but also keep all the baggage of science and technology generated in faculties and research centers, which have fallen asleep at the very right time Well this can mean solving all kinds of situations and problems locally, nationally and internationally, dispelling the myth that “what comes from America, Europe or China is guaranteed”…a lie, They sell us what they don’t like is priority.

And behind the rectors and directors are many faces of middle officials, coordinators, department heads and others. With many decades in office (and without doing much), they fly away, clinging to others. I don’t know what, but I believe that the rector knows where he stands and those around him know that. Who has to be confirmed and who is not. I say this because always, whether something is good, regular or bad, the press does not look at who or what did it, but who answers and gets paid and it is always the rector. Criminals, I say this from experience, like ostriches, and most often they answer: “They will inform you at the rectory or in communications.”

My support till date.
Welcome to 2023. May god give us health and work… rest comes by itself.

Toyota ‘king’ of world car sales in 2022, followed by Volkswagen

South Zone: He was shot dead in an apparent robbery attempt