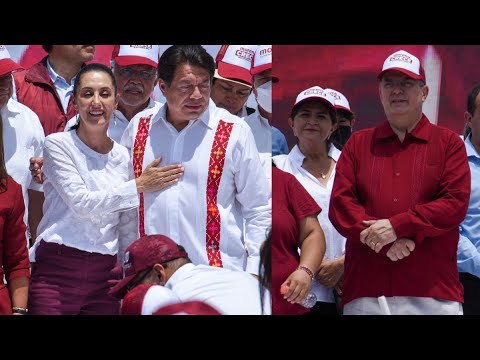 Luis Rubio explains that the end of the year forces us to think about what lies ahead for the next one, in the sense that he assures that 2023 will be definitive and defining for the future of Mexico Because from there the candidates for the post of President will be defined.

analyst assures that it is It will be discussed what could be the platforms for the future of whoever governs From 2024 onwards.

Analysts Tell Those Who Want to Make a Comeback in 2018This is something very complicated, because the voters categorically rejected what existed.

“A lot of good things have happened over the past decades but there is also a sense of disenfranchisement, a feeling that the various benefits were not fairly distributed.”

“The fundamental point is that the country needs to think differently, we need a different future. We need a future that has economic viability, political viability, and the rest is construction, so to speak, Technology. Once we define where we want to go, we can build something better.”

Luis Rubio forcefully says that if “citizens don’t wear their pants, The devastation we’ve experienced over the past four years, we’re going to continue,

“If citizens put on their pants and set limits on politicians, we’ll have a different future. The first limit that should be placed on this and all who come in the future is a limit on the presidency, which has have immense powers”.