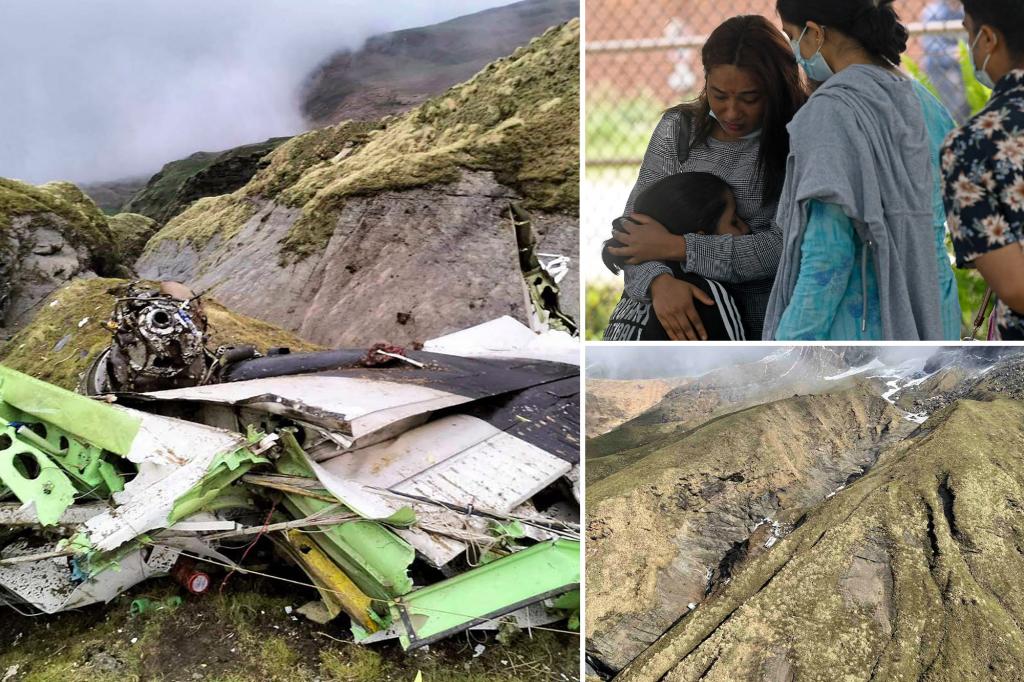 The bodies of 21 people on board a plane that crashed on a Himalayan hill in Nepal have been recovered, officials said on Monday.

The Tara Air turboprop Twin Otter crashed on Sunday during a 20-minute scheduled flight from Pokhara to Jomsom after an airport tower lost contact amid cloudy skies, while in a gorge of river valleys and rough mountains. Flying over a remote mountainous area.

Video shows rescue workers removing some bodies from the crash site on a hill in Nepal’s Mustang district.

Footage showed some debris from the passenger plane was on the side of a mountain peak when officials tried to assess the damage and locate victims.

The plane, carrying 19 passengers and 3 crew members, lost contact with an airport tower within minutes of the flight. Four Indians, two Germans and 16 Nepalese were on board, Reuters reported.

Bad weather on Monday hampered the rescue operation, which was led by the Nepalese Army.

Kathmandu airport spokesman Tek Nat Situala said officials were searching for the rest of the people on board on Monday.

The wreckage of the plane was scattered on a steep slope at an altitude of about 14,500 feet. Nepal’s authorities have set up a five-member panel to determine what caused the fatal crash, Reuters reported.

Netra Prasad Sharma, a senior bureaucrat in Mustang district, said, “There is a lot of cloud of thinking in the area.”

Utsav Pokharel (25), a relative of the co-pilot of the plane, said he was among the dead.

“I am waiting for my son’s body,” Maniram Pokharel told Reuters.

Nepalese officials said the search for the plane was halted late Sunday night amid inclement weather and darkness.

How Kyle Rittenhouse’s treatment and trial went against the norm

WhatsApp alert! Users who do not adopt the new policy will not get the benefit of many features from tomorrow