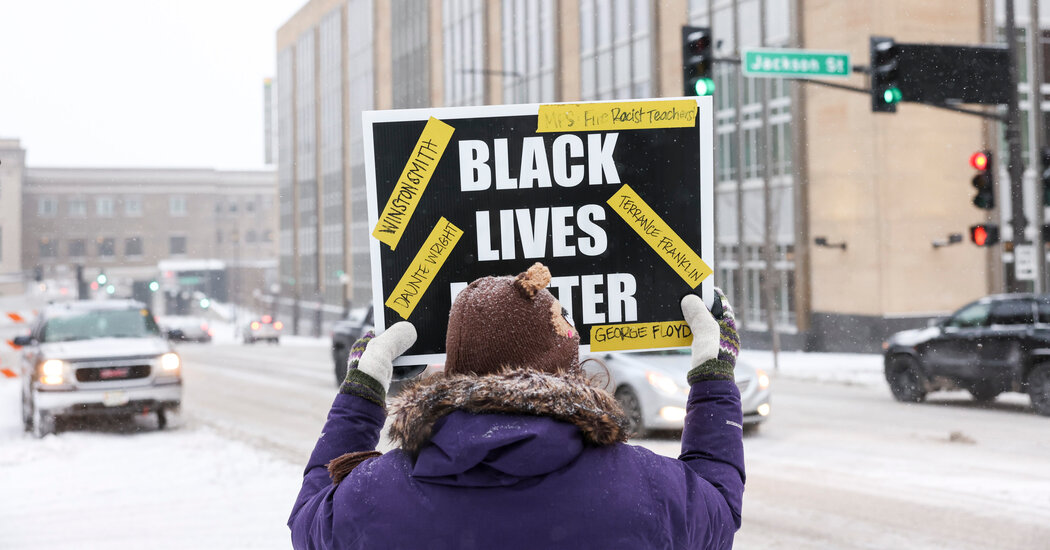 One of the most important witnesses was Inspector Katie Blackwell, a Minneapolis police official who formerly was in charge of training. She testified for three days about the training that recruits receive on properly using force and on their constitutional duty to intervene when they see other officers using excessive force.

But the defense lawyers attacked Inspector Blackwell, arguing that the department failed in training officers to recognize when they have a duty to intervene, saying the discussion was perfunctory and “little more than a word on a PowerPoint.”

A new focus. Ever since the murder of Mr. Floyd on May 25, 2020, the overwhelming focus has been on the officer who killed him, Derek Chauvin. While Mr. Chauvin was convicted of murder in a state trial in April 2021, he was not the only officer at the scene.

The defendants. Three officers were accused of willfully failing to intervene against Mr. Chauvin and help Mr. Floyd. Tou Thao, a veteran officer who was Mr. Chauvin’s partner, held back a group of bystanders. J. Alexander Kueng and Thomas Lane, both rookies, helped pin down Mr. Floyd.

The charges. The case centered around whether the defendants deprived Mr. Floyd of his civil rights. All three officers were charged with failing to provide medical aid to Mr. Floyd, while Mr. Kueng and Mr. Thao also faced a count of failing to intervene against Mr. Chauvin’s use of force.

The verdict. Prosecutors argued that the officers knew in the moment that Mr. Floyd was in severe medical distress and that Mr. Chauvin was breaking the law. On Feb. 24, 2022, a jury found the former officers guilty. The three men still face a separate trial on state charges.

While cross-examing her, Thomas Plunkett, the lawyer for Mr. Kueng, played the audio of a fiery speech Al Pacino gave while playing a football coach in the movie “Any Given Sunday,” a clip that was played for recruits at the police academy. Mr. Plunkett said his point was that the department promoted a “cops versus the world” mentality.

The defense also tried to focus the jury’s attention on the hierarchical and paramilitary aspects of police culture — how recruits are taught to obey superiors and carry out orders without question.

Unlike Mr. Chauvin, who did not testify at his trial, each of the three officers took the stand in his own defence. They all said that they believed that Mr. Chauvin, as the senior officer, was in charge and knew what he was doing, and that he did not recognize that Mr. Floyd was in the throes of a medical emergency.

“I think I would trust a 19-year veteran to figure it out,” Mr. Thao said. Mr. Kueng, who had Mr. Chauvin as one of his field training officers, said, “He was my senior officer, and I trusted his advice.”

To simplify things for the jury, the prosecutors often used the phrase “in your custody, in your care” to describe the duty that officers have to protect a detained suspect. In Mr. Chauvin’s trial last year, prosecutors similarly condensed their case for the jurors to the slogan “believe your eyes,” arguing it was as simple as what they had seen in the harrowing bystander video.

The wanted man was arrested by Egypt after the plane made an emergency landing. Nation World News