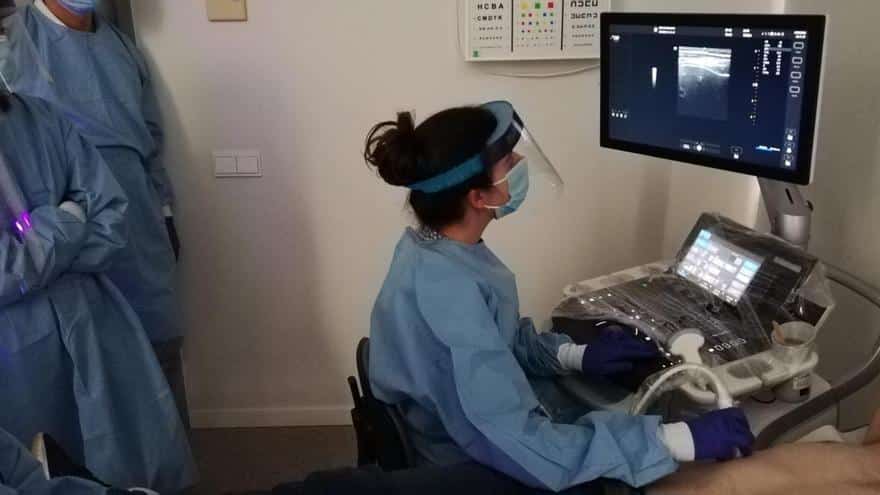 This year, which begins now, aims to establish itself as the practice in which primary care, hitherto the poor sister of public health, begins a new phase in which it gains in resolve and efficiency.

Cervi de Salut has revealed that in the next few months 46 health centers and 86 basic health units of Mallorca’s Primary Care Management (GAP) will be equipped with equipment worth around 3.2 million euros (€3,191,132).

acquisitionfor which the relevant public tenders are already underway, They have been done in two ways: investments made by the primary management itself and items from European funds managed from Madrid.

Both amounts are the same amount and while the funds themselves amount to 1.57 million euros, the Europeans’ prelude to hospital care, as part of a plan to boost this primary care level across the continent, adds up to a total of 1.61 million Euro.

Scales, lamps and electric scalpels as well as a large number of machines will be purchased from his own funds to improve the health centers’ hitherto limited diagnostic capacity., A limitation that forces GPs to refer their patients to referral hospitals to undergo various tests.

From IB-Salute they have given details of It plans to acquire 318 tensiometers, digital and portable To take patients’ blood pressure; 258 pulse oximeters (125 of them with community funding) to monitor the level of oxygen concentration in the blood And it is a fundamental means for better control of patients with irreversible respiratory pathology, such as those affected by chronic obstructive pulmonary disease (COPD) as well as 34 spirometers (30 of them portable, funded by the European Union) to analyze lung capacity in patients with asthma, bronchitis or emphysema; 16 trolleys to monitor vital signs of patients similar to those in hospital emergency services and 197 otoscopes and 72 ophthalmoscopes, instruments for examining the ear canal and eardrum and the interior of the eyeball, respectively.

95 dermatoscopes will also be purchased between the two administrations To be able to detect worrisome skin lesions such as melanoma through high-resolution photographs and 32 electrocardiographsEurope paid for 28 of those laptops, and 27 defibrillators and 24 cardiopulmonary resuscitation (CPR) briefcases to prevent damage and abnormalities in the heart.

Other equipment that will be specifically purchased with Brussels funds are 30 ultrasound probes (devices that generate ultrasound images); 20 Portable Refractometer for testing visual acuity and early detection of lazy eye in children, 180 echo doppler to evaluate vein blood flow and prevent accumulation of plaques, obstructions and stenosis; 93 Holter Map, Tool for Diagnosing Hypertension Continuous blood pressure measurement throughout the day why, And finally, 200 coagulometers to monitor blood coagulation levels, 46 devices to measure transcutaneous bilirubin in newborns and 46m of C-reactive protein So that doctors can know which respiratory infections are caused by bacteria and which by viruses, in order to avoid the wrong prescription of antibiotics that reduce resistance to these drugs.