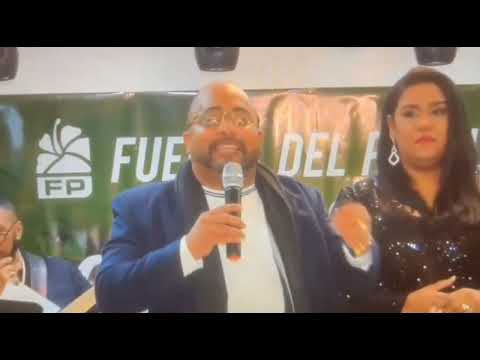 NEW YORK.- With the help of hundreds of its members, Project “300 with Lionel” (Multiples of NY) organized the “6th Christmas Meeting Assembly” 2022 in Bronx County last Sunday.

During the event, the general coordinator of the project, Geraldo Rosario, spoke, who highlighted the harmony that exists among its members and the continued development of the project, which he says will guarantee the victory of Dr. Lionel Fernández in this class in 2024 .

Rosario said that the outfield in NY and the entire constituency of the United States will cast numbers of excellence in Fernandez’s victory in 2024, “Because we are preparing a stronger and stronger outfield, people are coming, Lionel is a fact “.

He called on stage his coordinators, whom he defined as those most loyal to the former president and those who know how to do great things in New York.

Among them, Joiner Jimenez of youth; Edwin Paredes of The Social Network; Luis Espinal of Technology; Lionel Sanchez in Communications; Ramon Vargas of Transportation; Jose Garcia and Luis Carvajal in the Bronx.

Rosario said that “300 with Lionel” is a leader in social networks in New York and cited their group on Facebook, which already has more than 15,000 followers.

In addition, dozens of copies of the Dominican Constitution and the book “Political Debate” written by Dr. Franklin Almeida were distributed free of charge.

The mob action was held from 6:30 PM to 12:00 AM in special rooms at the Beverly Hills Manor, located at 1700 Jerome Avenue in the Bronx.