4 soldiers arrested for kidnapping a family in Tlaxcala 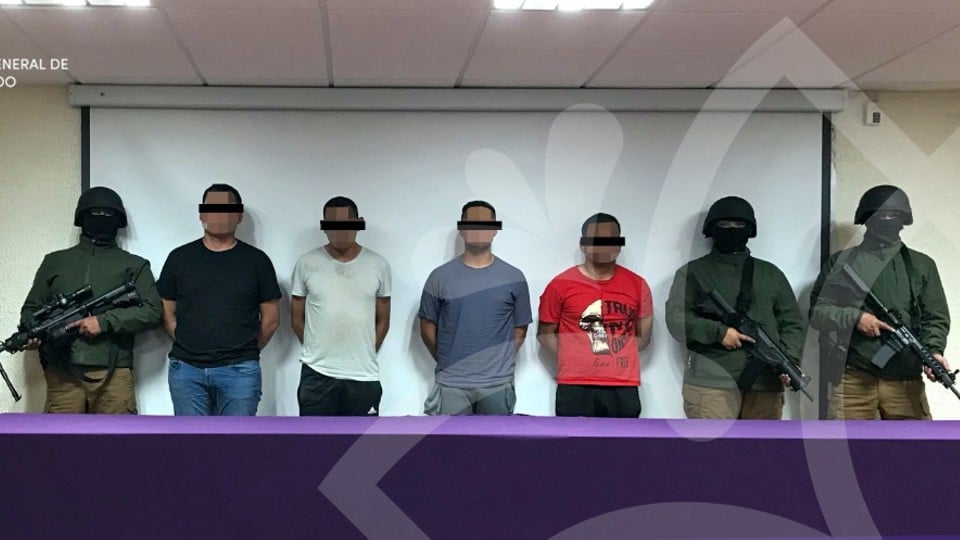 Four active duty soldiers who made a mark for themselves national defense secretary (Cedena) was arrested for kidnapping a Family in Tlaxcala, They demanded two lakh pesos to release him.

Tlaxcala Attorney General’s Office reported that agents of the investigating police released a family, consisting of a mother, her two children and an uncle, who had been kidnapped Tlaxco Municipality.

They reported that the incident occurred at 9:03 p.m. on Saturday, December 3, when the 911 emergency number received a report of a deprivation of liberty of four people by a group of men who took the family in the same truck.

Police elements from the Attorney General’s Office and agents combating the kidnapping from the Special Prosecutor’s Office engaged in crisis management and negotiations to reach an agreement with the kidnappers to release family members.

The Attorney General’s office reported that after 40 calls they demanded two million pesos to release the family; On Sunday, they rescued a man, a woman and a minor under the age of 11 from a ditch on the Tlaxco-Apan highway.

Read: Travel alert: US told not to go to 6 states of Mexico due to crime and kidnapping threats

While a child under the age of four was later released after negotiation and payment of 50,000 pesos, which was given in cash. Carretera Tlaxco-ApanAt the height of Lagunilla. The boy was situated on a bridge.

recovers the police investigation of #pgje for the abducted family
• The potential perpetrator is active duty military and was arrested in less than 12 hours; He was later admitted to Cereso.
For more info: https://t.co/FVvpSbUt0O

After releasing the victims, elements of the investigative police began a pursuit and arrested the alleged perpetrators, who identified themselves with Sedena credentials.

Ernestina Caro, Tlaxcala’s lawyer, explained that the four men were placed at the disposal of a PGJE Public Ministry agent for the crime of kidnapping, and were transferred to a social reintegration center (Cereso).

A controlling judge will determine his legal status in the next few hours.

According to statistics from the Executive Secretariat of the National Public Security System, between January and October, Tlaxcala has recorded 3 cases of kidnapping.