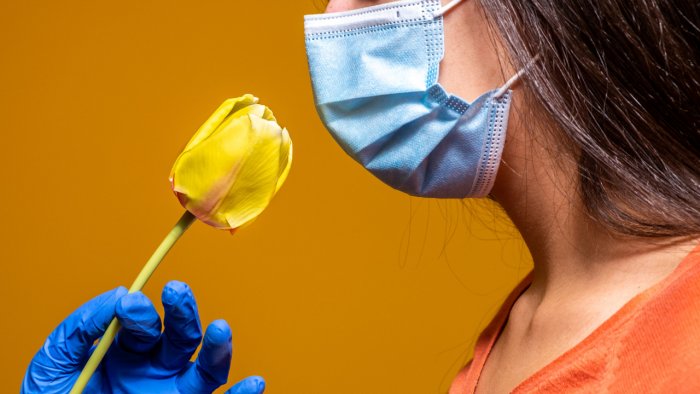 According to preliminary research from Sweden, long-term and even permanent changes in the sense of smell may occur in about 50 percent of people infected with COVID-19 during the first wave of infections in 2020.

From the early days of the pandemic, a sudden loss of smell, or impaired or distorted perception of smell, emerged as an unusual symptom of COVID.

While some people recovered, for some the sense of smell never returned to normal.

To find out, scientists at the Karolinska Institutet in Stockholm conducted extensive tests on 100 individuals who caught COVID in the first wave of infection in 2020, the Guardian reported.

The findings of the peer-reviewed study so far have shown that after 18 months of recovery from Kovid, 4 percent of people lost their sense of smell completely.

Read Also:  Some of the new laws coming in 2022 are as follows

However, a third had a reduced ability to detect odors, and about half complained of parosmia – where the sense of smell is distorted.

The team concluded that 65 percent of those who recovered from COVID displayed either a loss of smell, a reduced sense of smell, or malformations 18 months after infection, while 20 percent had not caught the virus. , stated in the report.

“Given the amount of time [the] The initial insult to the olfactory system, makes it likely that these olfactory problems are permanent,” they wrote.

According to the UK Health Protection Agency, loss of smell or taste is less than half of normal with Omicron compared to the Delta version.

But there is no reliable data that shows omicron is less dangerous to the olfactory system, Johann Lundström, who led the research at the Karolinska Institute, was quoted as saying.

Read Also:  Omicron has turned the tide of a pandemic. Will this end it for good?

Lundstrom said even a severe loss of smell can lead to depression and people may change their diet, often for the worse, that causes them to gain weight.

“When you can’t smell, you can only sense five basic taste qualities, tactile sensations and spices,” he said.

“Unknowingly, people start adding more sugar and fat, or have an increased desire for fried foods for texture, all to get some pleasure out of eating.”

“They may not achieve 100 percent of past performance, but most of them will return with training to the point where their diminished sense of smell will no longer affect their lives.”

View from The Hill: Scott Morrison warns disorderly soldiers against ‘putting a smile on Labor’s face’