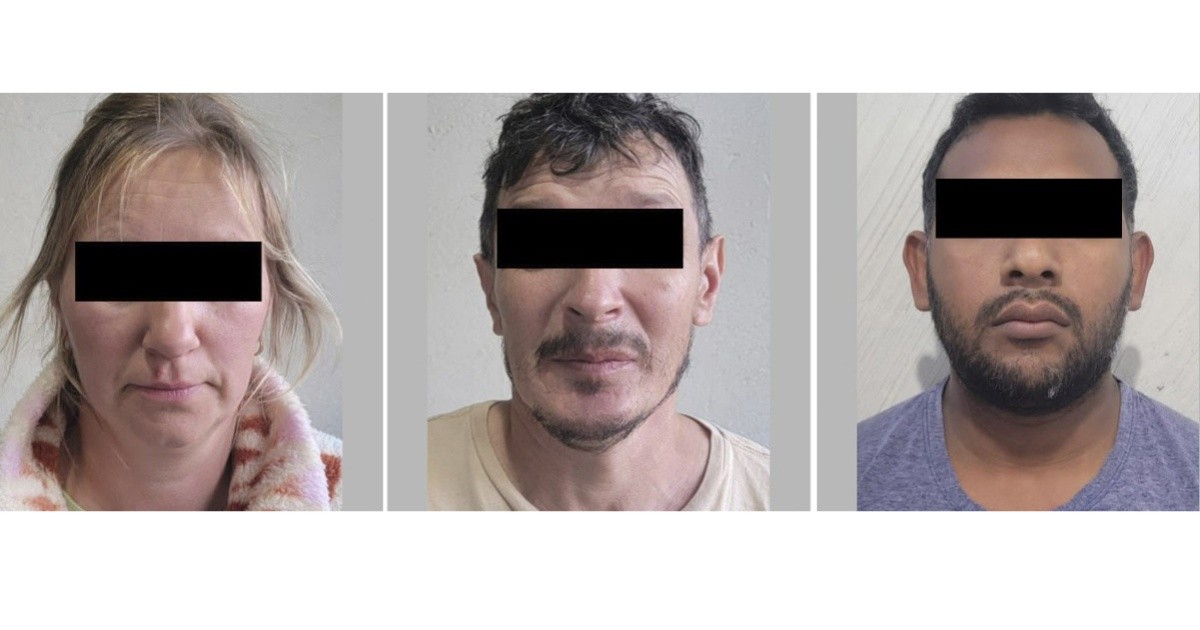 Tijuana, BC – A Russian-origin couple arrested along with a man from Sinaloa municipal police officer After securing over half a million dollars.

Municipal agents interrogated the crew of a white Toyota Sienna described in the report.

they brought money in a bag

During the rescue, these people had a bag 587 thousand 550 dollars in cash.

The insured along with the cash and the vehicle in which they were traveling were provided to the federal authority to initiate the relevant investigation.

“We don’t have the investigation, it’s the federal regions that investigate these crimes,” Tijuana’s security secretary Fernando Sanchez Gonzalez said.

“That people of these nationalities are already in charge of illegal human trafficking, because this will be something that the Attorney General of the Republic will determine in the investigation,” he said.

Facing questions about the increase in Russians, who have been seen staying in hotels and homes to organize and plan crossings into the United States, he indicated that as long as they have a temporary permit, they can Do not commit any type of crime.

“Obviously, the fact that citizens are in a hotel or in an area does not constitute a crime, as many of them have temporary permits to stay in our country,” he remarked.

Sanchez said, “If we see that we have a particular migrant phenomenon in our city from south to north, from north to south, we have to be vigilant and be in close coordination with the federal authorities that are dealing with this type of crime.” in charge of the investigation.” Added. Gonzalez.

“This is an issue that should be dealt with, we are attentive from the preventive part to what happens on the road, but it is other instances of the federal or state government having to investigate the issue,” he said.