6 killed in Veracruz Port; two children among the victims 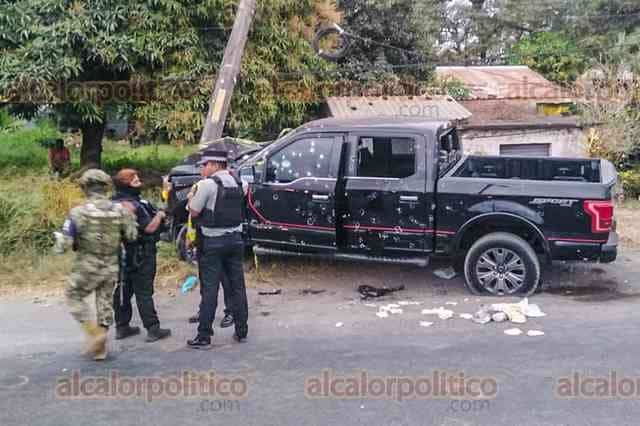 Six people, including two children, were shot dead on the Veracruz-Jalapa Highway in Veracruz City on Sunday afternoon.

At the height of the Los Carriles neighborhood, as evidenced by video circulating on social networks, 5 people aboard a black van were killed: the driver, two women, a boy and a girl. They will all be part of the same family.

According to what has been reported, and images circulated of what happened, these men were riddled with bullets by subjects who boarded a white van that fled after the attack.

In the video, soldiers posted at the crime scene can be heard warning about the said white van with “well-armed” men inside.

Furthermore, on the same federal highway but at the height of the company’s factory maskA taxi bearing number 418 was also hit by bullets.

One person inside was reported dead, while the injured driver was taken to the hospital.

The incident occurred around 4:00 p.m. when drivers passing through the said area and residents of neighborhoods adjacent to the federal highway began calling 911 to report gunshots.

In another video circulating through the network, four vehicles of those allegedly responsible for carrying out the massacre can be seen driving away after the multiple murder.

As of 6:00 p.m., traffic in the direction of Xalapa remained closed while elements of the Ministry of Public Security (SSP), army and navy activated a “code red”.

Municipal, state and federal authorities have, so far, not reported arrests for the incidents, while a code red was activated to find those responsible in the suburban area.