With the new league year and free agency approaching on March 16, the Tennessee Titans will have their first crack at improving the tight end position ahead of the 2022 campaign.

Of course, free agency is just one avenue the Titans can use to upgrade the position, along with the 2022 NFL draft, but that option might not provide the immediate solution to Tennessee needs.

The Titans have plenty of question marks at the position at the moment. Not only do they need an upgrade, but the members of their three-man rotation from 2021, Anthony Firkser, MyCole Pruitt and Geoff Swaim, are all pending free agents. Pruitt is also coming back from a serious injury.

While we wouldn’t hate Tennessee bringing back any of those three, this team desperately needs to add a more well-rounded option no matter what.

Three players who are no longer an option in free agency include the Dallas Cowboys’ Dalton Schultz, the Miami Dolphins’ Mike Gesicki, and the Cleveland Browns’ David Njoku, all of whom were tagged.

When looking at the remaining tight ends set to hit the open market, we’re trying to find players who excel as both pass-catchers and blockers, while also coming at a reasonable price.

Price isn’t as big of a concern here, though. Yes, the Titans are strapped for cash and may not spend big on the position, but then again the salary cap is bordering on being a myth in this day and age.

Without further ado, let’s take a look and see what we came up with. 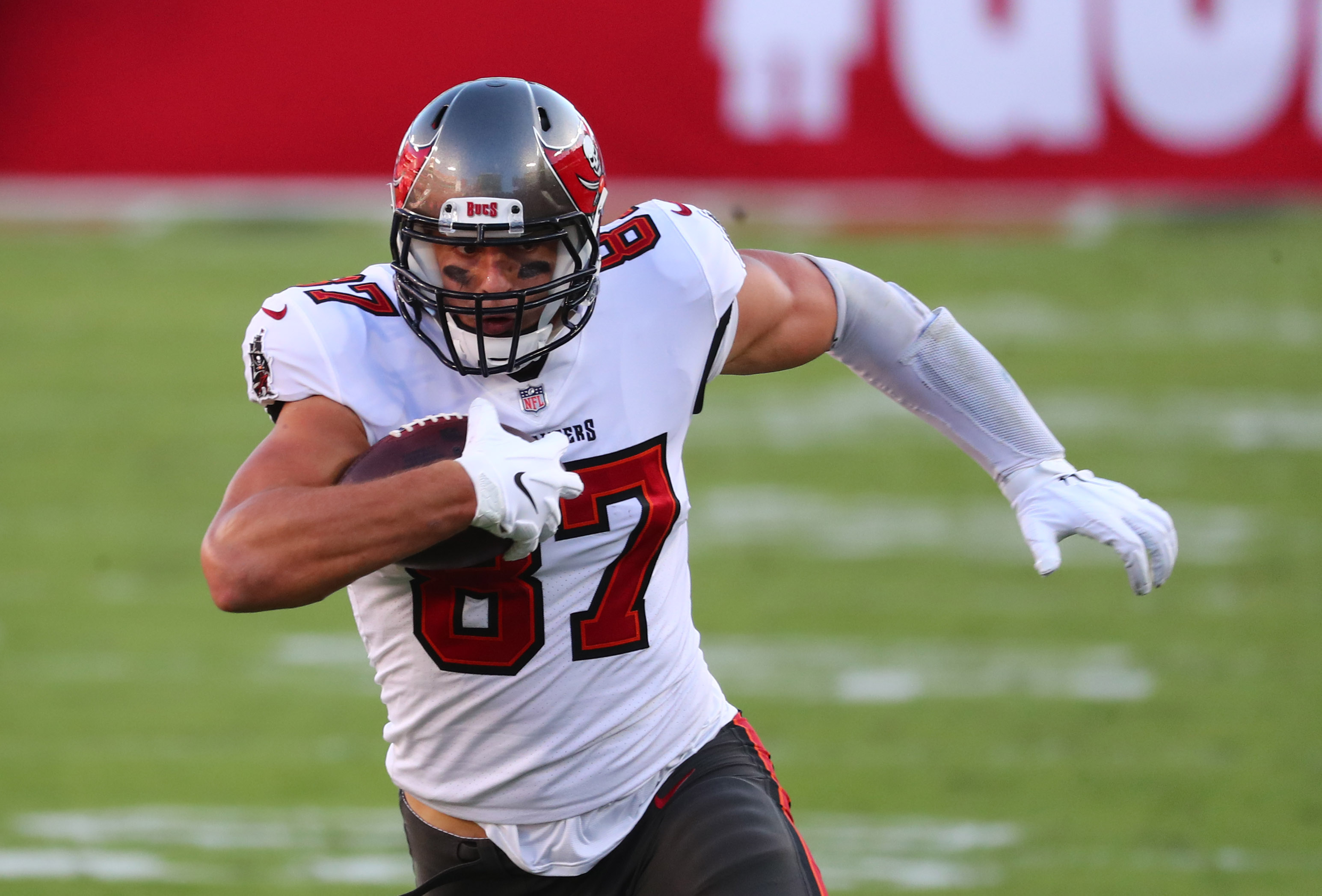 While it isn’t clear if Gronk even plans to play in 2022, he is coming off his best year since 2017 and would be a major upgrade for Tennessee, both as a pass-catcher and run-blocker.

However, injuries are always a concern with the veteran, and his price tag might be a little too rich for the Titans’ blood, especially if it’s driven up now that Gronk is the best option out there.

Regardless, the Titans likely wouldn’t have to commit to him for more than one year, so this won’t require a hefty, long-term deal, which also makes him a great stopgap for 2022. 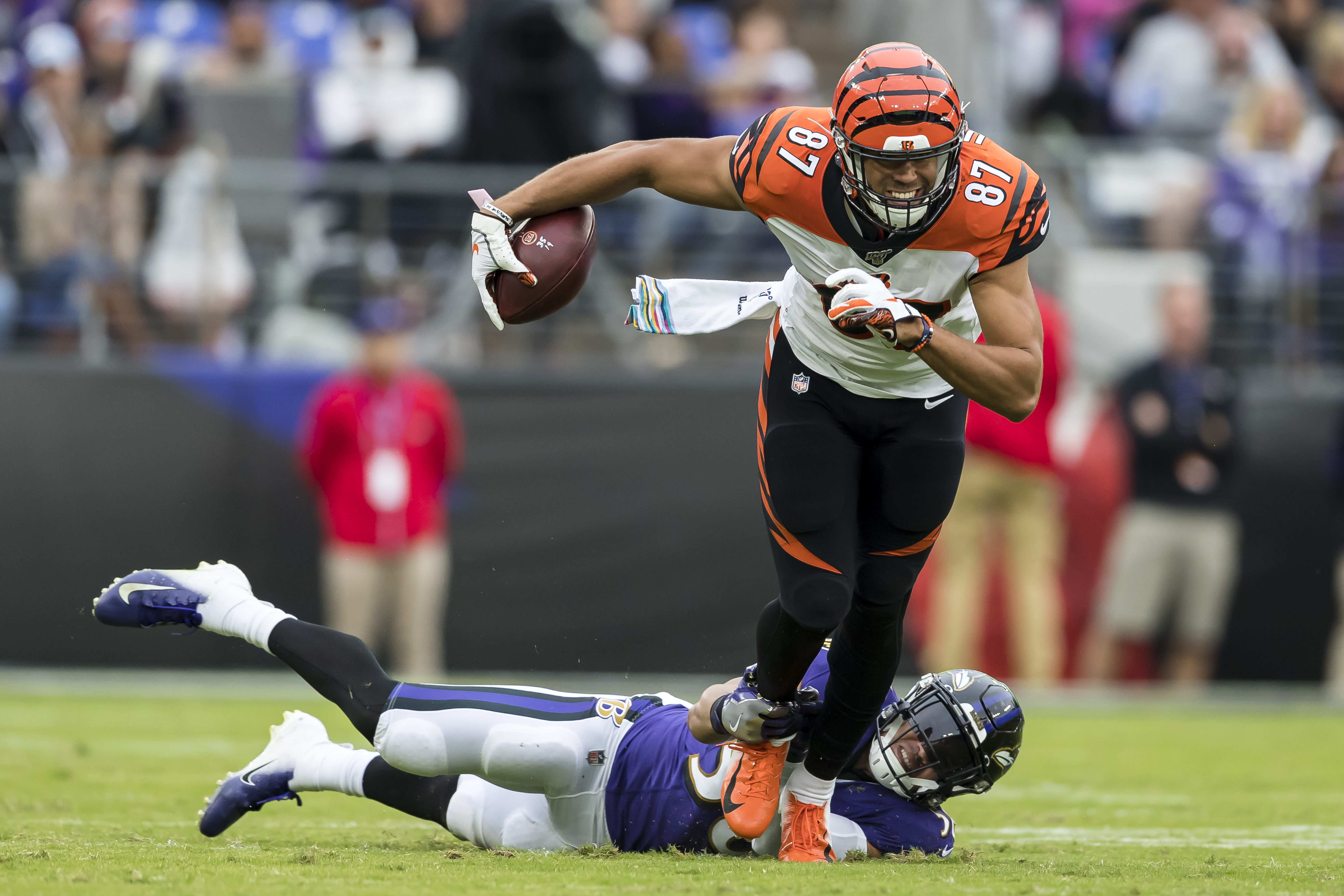 Uzomah is coming off his best season as a pro and saw improvements in his pass protection and run-blocking. He especially excelled in the former area, but his blocking skills overall are sufficient to be an every-down option.

The best thing about Uzomah is his skills as a pass-catcher. The 29-year-old is capable of ripping off big plays in the passing game and is an asset when needing to move the chains (24 of his 49 catches went for first downs).

In our humble opinion, Uzomah is the next best tight end on this list when taking everything into account. He suffered a knee injury late in the 2021 season, so that’s a concern, but the injury didn’t require surgery. 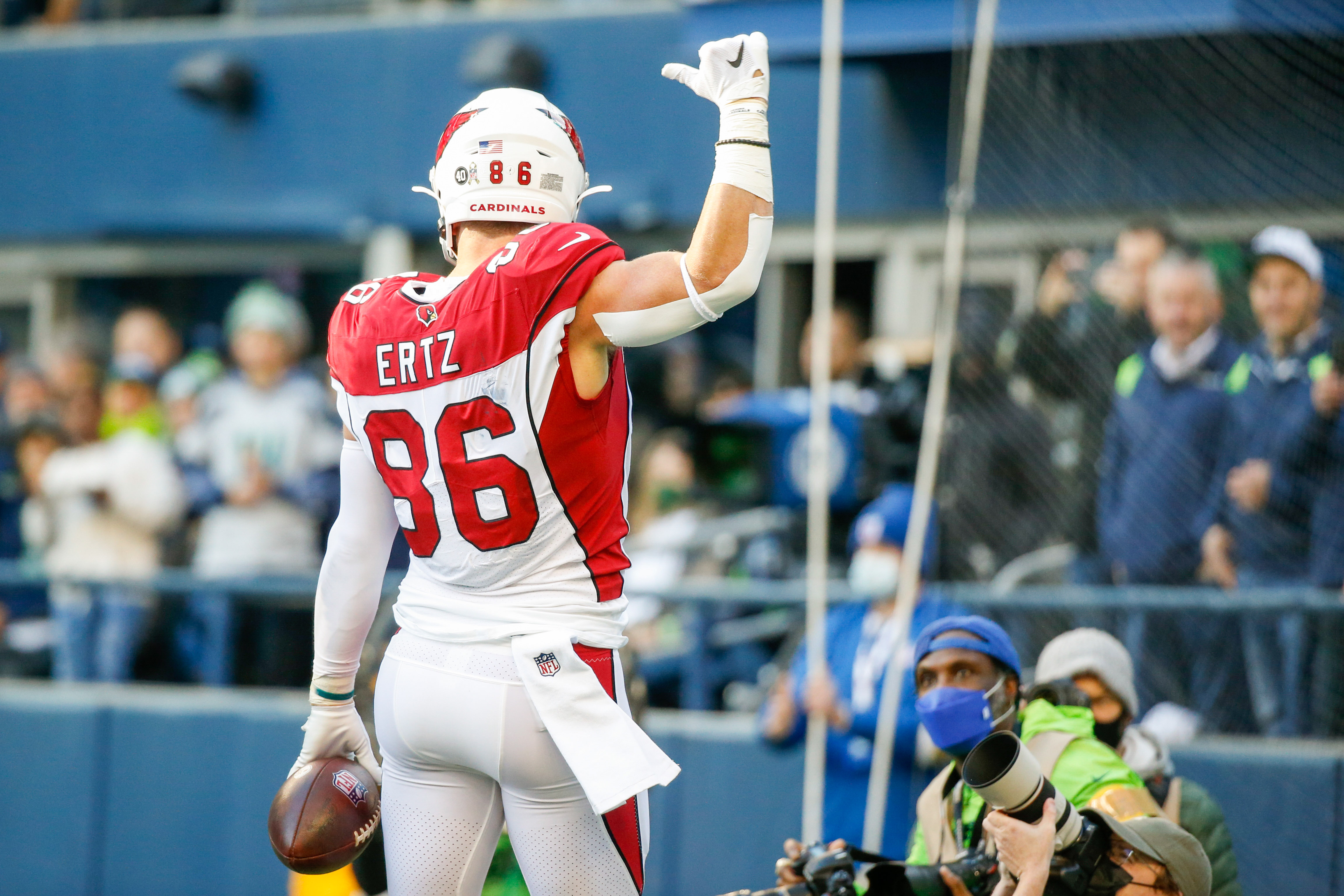 Ertz saw a revival after joining the Arizona Cardinals following a trade from the Philadelphia Eagles, proving once again that he’s one of the better receiving tight ends in the league.

The only issue with the veteran is his blocking, which has been lacking during his career. Ertz posted a poor run-blocking grade (46.9) but was excellent in pass protection (77.0) last season.

While Ertz doesn’t exactly check all the boxes, if he’s commanding around $7.5 million in a new contract, the Titans would be crazy not to at least consider him. We’d rank him behind Gronk and Uzomah on this list. 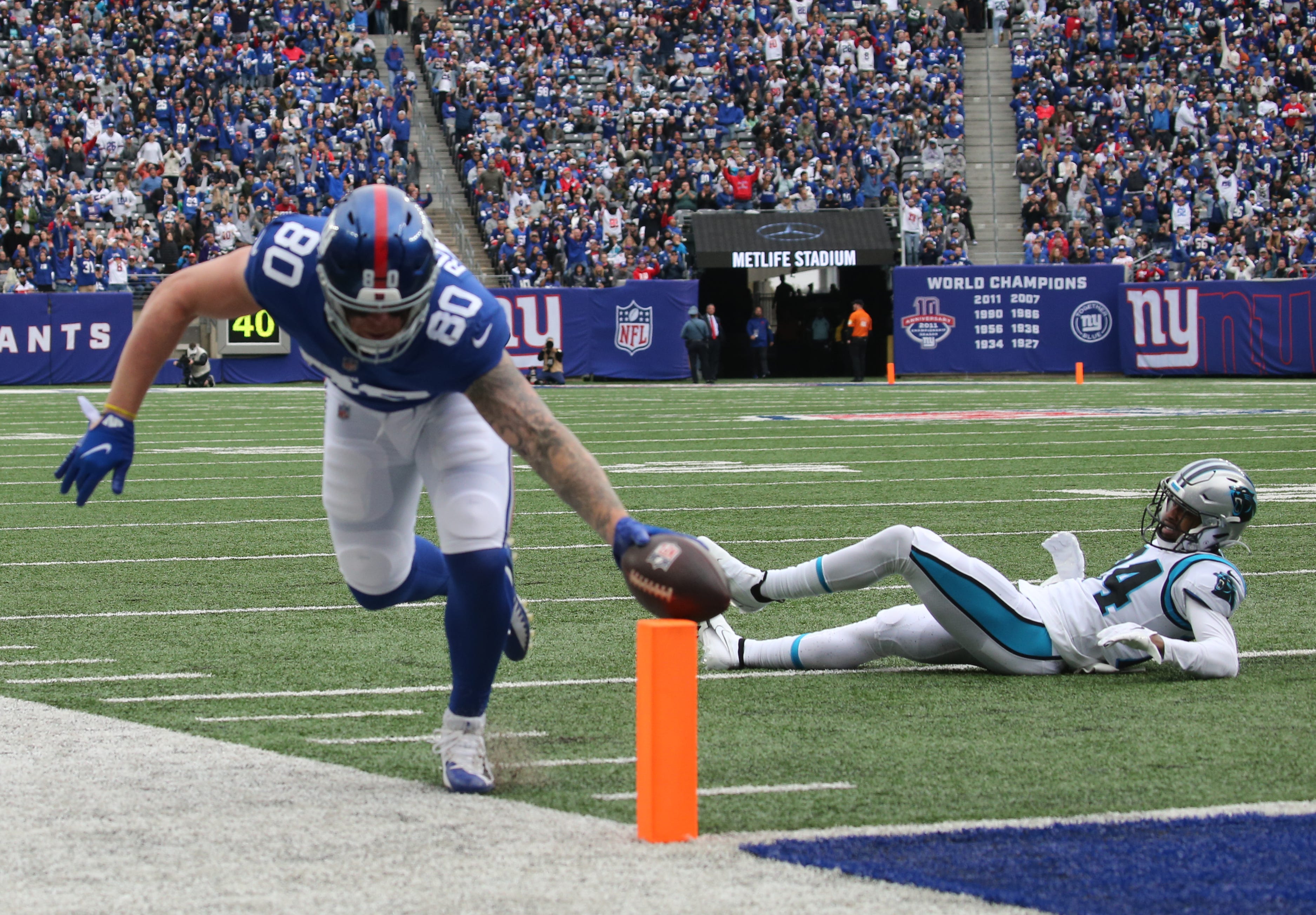 Rudolph’s brief stint with the New York Giants didn’t go well, but the same can be said for just about any player Big Blue has run out there in recent years.

Before a failed tenure in New York, Rudolph proved to be a reliable pass-catcher with the Minnesota Vikings, and he’s among the best blocking tight ends in the NFL.

His skills as a receiver aren’t elite by any stretch, but he’d provide an upgrade over Geoff Swaim and MyCole Pruitt in that area, and he’s at least as good as a blocker.

And, with his coming off a down year, the Titans might be able to get him on a cheaper deal than the one he signed with the Giants. Rudolph is a far more realistic option than the aforementioned three, as is the case with the next two on our list. 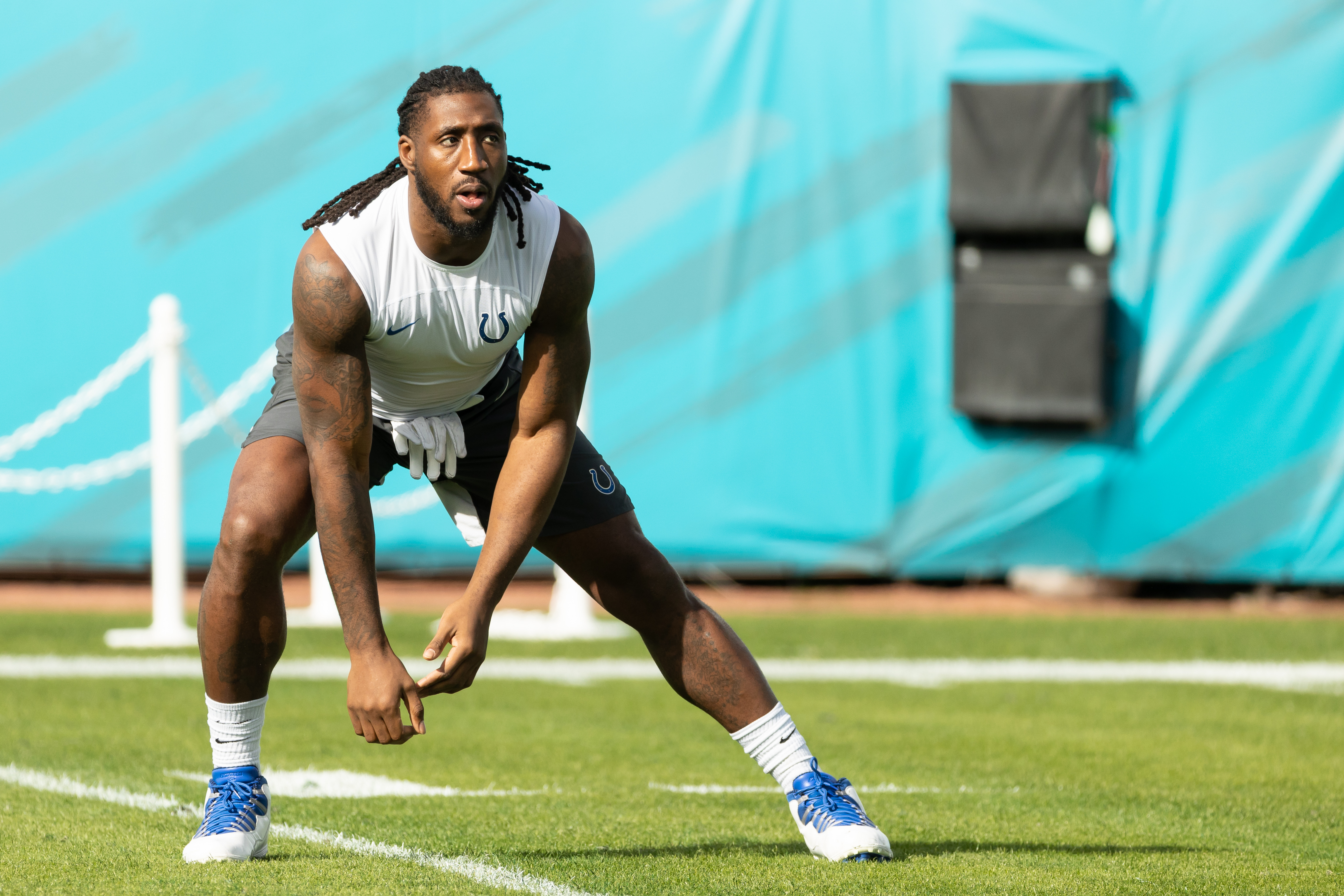 With the Indianapolis Colts losing Jack Doyle to retirement, they’ll likely be hellbent on keeping Alie-Cox around, so the Titans signing him would not only bolster the tight ends room, it would hurt a division foe.

And, after what Tennessee got out of Denico Autry in 2021, they might be tempted to go back to the well of poaching Colts players.

Alie-Cox is a good pass-catcher who is capable of ripping off big plays, and he’s also the kind of solid blocker that could make him an every-down player with Tennessee.

He’ll certainly command more money than his last contract, but will still be cheaper than Gronk, Uzomah, and Ertz, and comparable to Rudolph. 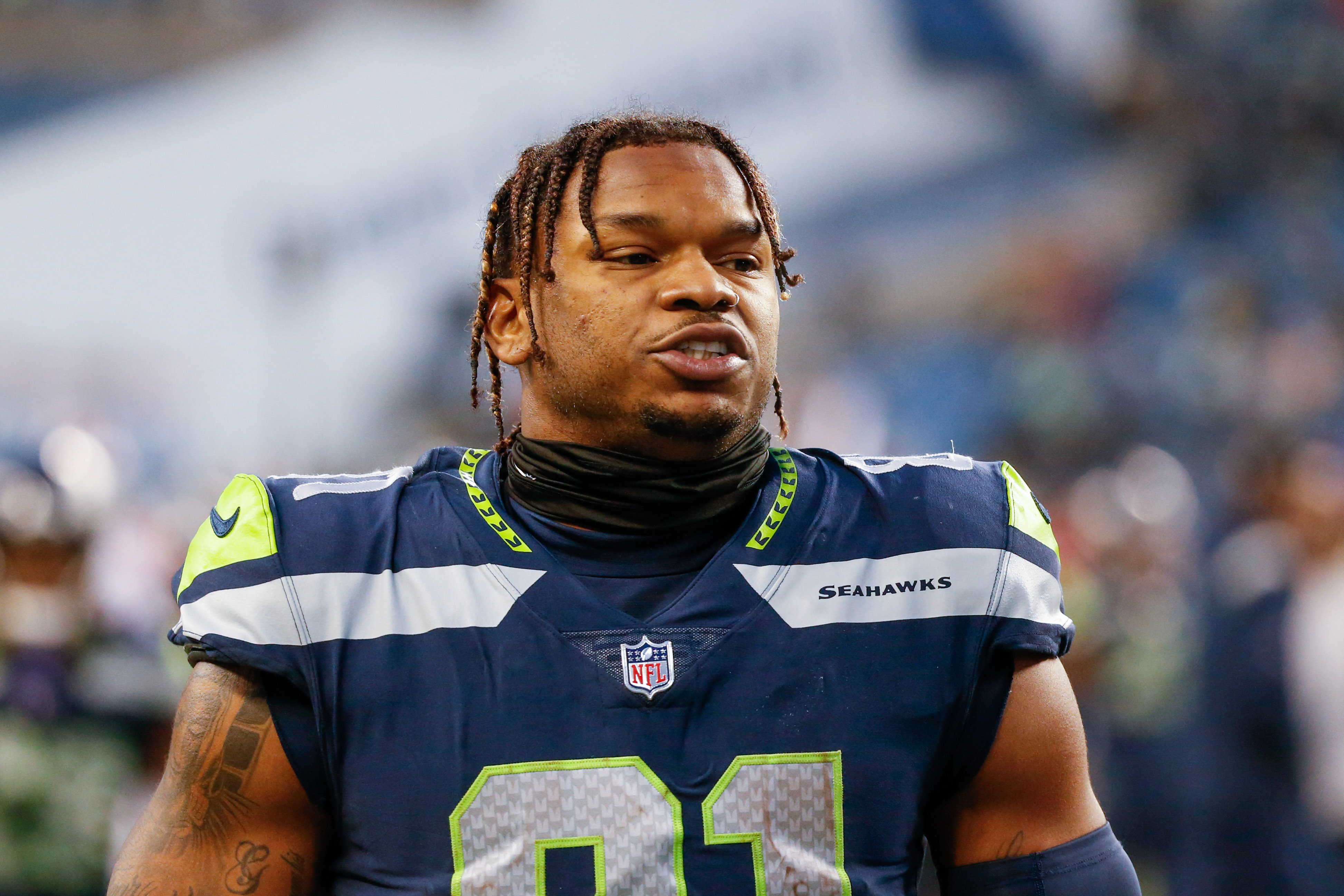 Despite coming off the best season of his career, Everett didn’t surpass his career bests by much, so chances are he’ll see a similar amount of money in a new contract.

Everett is a solid blocker, and is the kind of chain-moving pass-catcher the Titans are looking for. He could be looking to fly the coop from Seattle after the Seahawks traded Russell Wilson. Everett should come at a similar price tag to those of Rudolph and Alie-Cox.