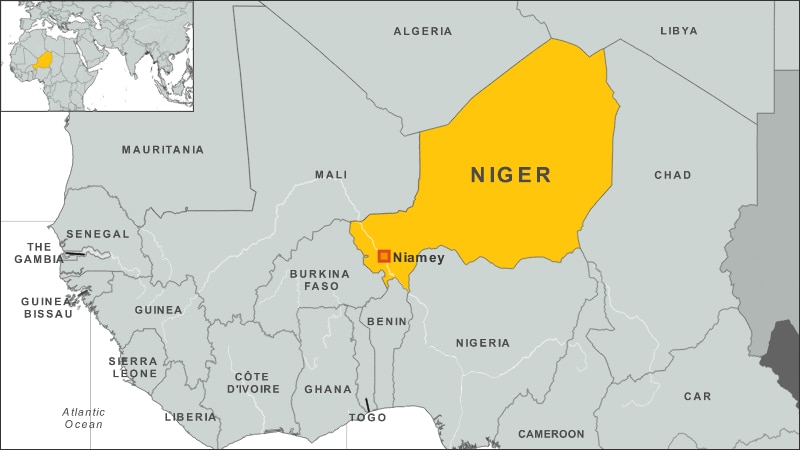 Seven Niger police officers and four soldiers were killed on Tuesday in two separate attacks near the country’s borders with Burkina Faso and Libya, the government said on Wednesday.

Niger’s interior ministry said “unidentified armed bandits” attacked the Petelkole police station near Burkina Faso in western Niger and a military base in Jado in the country’s desert-covered north.

Seven police officers were killed and 10 injured in Petelcole, four are in critical condition, the ministry said in a statement, in an attack that was hallmark of jihadist attacks that have long plagued the region.

Six vehicles, including three of police officers, were torched and three other vehicles were blown up by the attackers, the ministry said.

Shops and buildings around the police station were also set ablaze, the statement said.

In the second attack in Jado, the ministry said four soldiers were killed and another was injured, along with two vehicles taken away.

“Security measures have been immediately strengthened in both the areas,” the home ministry said.

Other sources had earlier said that seven police officers were killed and 16 others were injured in the Petelcole attack.

“Seven police officers were killed and 16 were injured in the attack,” said a municipal official who visited the site of the incident.

A local official also told AFP that “heavily armed men” arrived in “large numbers” during the attack on the police station.

According to the city official, Petelcole attackers, believed to be fighters of the Islamic State (IS) group in the region, seized three vehicles and set several others on fire.

The Petelkole attack took place in the Tera district of the Tilberi region, a vast area on the borders of Burkina Faso and Mali that is regularly targeted by jihadist groups affiliated with al-Qaeda or the Islamic State group.

According to an official report, on March 16, at least 21 people, including two policemen, were killed when suspected jihadists attacked a bus and truck near the same police station.

Niger’s vast and sparsely populated Jado region is not a jihadist target, but a corridor for smuggling people, arms and drugs into Libya and Europe.

The region is also home to gold mines that attract thousands of Nigerians and citizens from neighboring countries.

Local officials have recently condemned the “deterioration of the security situation” on major streets where armed gangs roam.

The volatile region of Tilberi, about 100,000 square kilometers in size, is in the so-called three border zone between Niger, Burkina Faso and Mali and has been the scene of several bloody attacks by jihadist movements since 2017.

Nigerian President Mohamed Buzum has opened talks with jihadist leaders in an effort to keep the peace, in a new approach.

But the military response continues, with some 12,000 soldiers fighting in a dozen anti-jihadist operations, nearly half of them along borders with Mali and Burkina Faso of more than 1,400 kilometers.