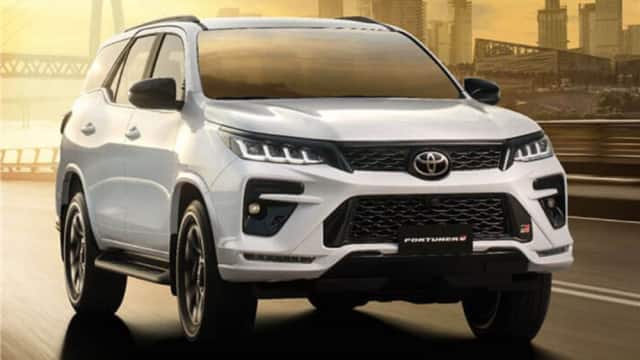 After a long wait, Toyota Kirloskar Motor has launched the new model GR-S i.e. Toyota Fortuner GR Sport of its popular full size SUV Fortuner in India. This is the top end variant of Fortune. Its ex-showroom price has been fixed at Rs 48.43 lakh. It is about Rs 3.8 lakh more expensive than the Fortuner Legender 4X4. The company has launched the new SUV with many cosmetic changes. Explain that in Fortuner GR-S, GR means Gazoo Racing, which is Toyota’s racing arm. Let us know everything about this SUV.

What’s new in the Fortuner GR-S?
The new Fortuner GR-S is a model based on the Legend. Its look is quite different compared to the regular model of Fortuner. It has new air dam, new design bumpers with new fog lamp cluster on the front end. GR badges can be seen everywhere in the SUV. Such as SUV front grille, infotainment system, speedometer, start / stop button, seats, back. Its dual-tone alloy wheels with dark finish look just like the Legend. The GR-S variant comes with red brake calipers with the GR logo.

Read Also:  Google Chrome has got a new update, fast speed, you can see the preview of the website

Read this too- oops this waiting! If the car is booked today, it will not be available even after one and a half years, know the waiting period of 10 SUVs

Will get 2.8-liter diesel engine
The suspension setup of the top-end variant of the new Toyota Fortuner GR-S has been retuned. However, it gets the same 2.8-liter diesel engine that comes with a 6-speed torque converter automatic gearbox. This engine generates a peak power of 201 bhp at 3,000 – 3,400 rpm and a torque of 500 Nm between 1,600 – 2,800 rpm. The Fortuner GR Sport variant is offered with four wheel drive (4WD) system. In this segment of the Indian market, it will compete with MG Gloster, Mahindra Alturas and the upcoming Jeep Meridian SUV.

Also read: 7 electric bicycles of this company, all more than one, will not fill your mind when you look at it as many times as you want; 7 Look at the graphics

The cafe dishing out kindness in Australia’s friendliest town

opinion | I am a neonatologist. This happens when the baby is born 5 months earlier.