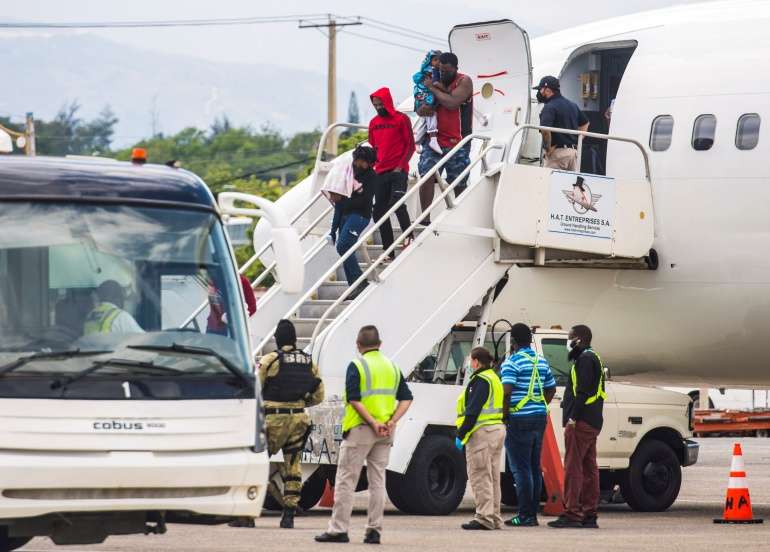 A tsunami of illegal immigrants arriving in South Florida in recent weeks has prompted immigration officials to trigger mass repatriations to their countries of origin.

Monday was the turn of 83 Haitians located south of Key West in the past six days. Four of the returnees were trapped further south, in the La Mona Channel, which separates the Dominican Republic from Puerto Rico.

“The channel was […] It is a popular area for crossing attempts, but the water is often very rough during most of the year. Like the rest of the Caribbean, we continue to warn of the danger to life of those who seek to enter the United States illegally.” oncuba Coast Guard 7th District spokesman Travis Poulos.

While the process of deporting the Haitians was underway, the other 19 were located in an uninhabited nature reserve on the island of Monito, where they had been abandoned by smugglers. Isla Monito is located west of Puerto Rico, near Isla La Mona, which gives its name to the strait.

“From October 1, 2022 through December 31, 2022, the Coast Guard is conducting 14 illegal travel prohibitions in the waters off La Mona Passage and Puerto Rico. During that period, 419 people were intercepted, including 327 Dominicans, 91 Haitians and 1 of unknown nationality.

On the other hand, a statement from the Coast Guard this Tuesday indicated that 187 rafters intercepted between Wednesday and Friday of last week were repatriated to Cuba. The note did not indicate whether they were sent to the port of Cabañas or to Matanzas, as was the case on Monday.

The American Civil Liberties Union (ACLU) issued a statement defending the acceptance of illegal immigrants and condemning the mobilization of the National Guard by Florida Governor Ron DeSantis.

ACLU CEO Tiffany Lennon said, “When migrants arrive on our shores, our first priority as a state should be to ensure that everyone is safe, healthy, cared for and treated humanely.”

In his view, “instead of politicizing the issue, elected officials should work with activist groups and help organizations that have offered to receive and support migrants and asylum seekers.”