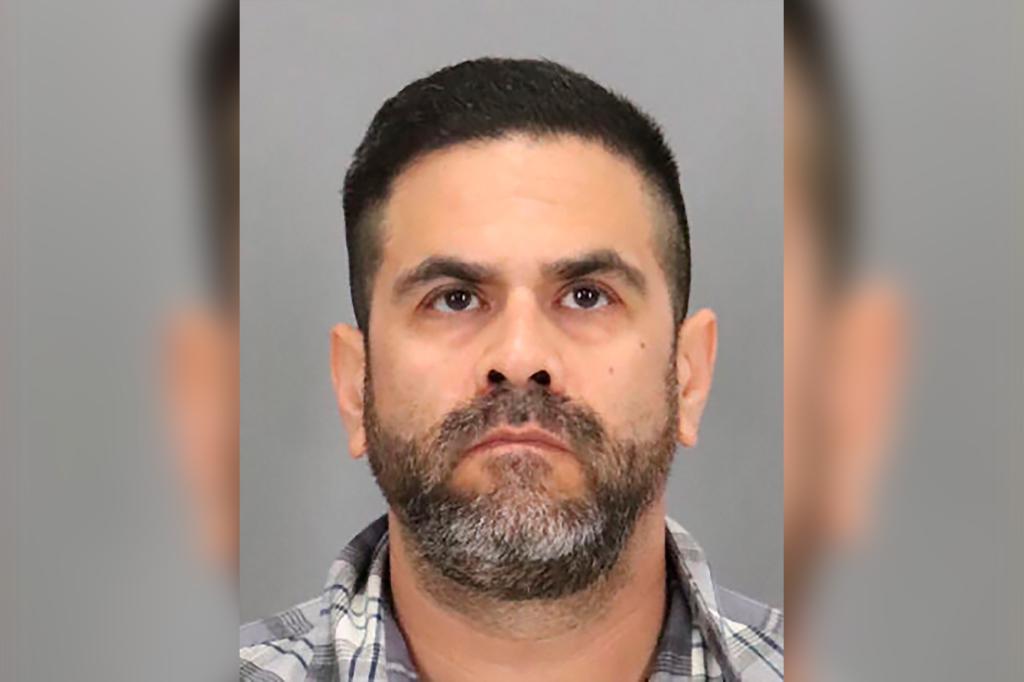 SAN JOSE, Calif. — Police seized an arsenal of guns and ammunition from a Northern California man charged with cyberstalking his former co-workers after being fired from his job, it was announced Tuesday.

“There’s an individual that has animosity, hatred, anger toward others and that was averted. A mass shooting, I believe, was averted,” Police Chief Anthony Mata said.

It wasn’t immediately clear whether Velasquez had an attorney who could speak on his behalf. He declined to comment when contacted Tuesday by KNTV-TV.

Velasquez was fired from a construction company in January. In April, the company called police to say that he had been “engaging in stalking behavior,” a police statement said.

The behavior escalated, police said, and included posting online photos of himself pointing guns and sending threatening, profanity-laced emails to his former supervisors and co-workers.

Some of the emails suggested he was watching the alleged victims and described details about their homes and family members.

One recent email that was sent out “had statements like, I know where you live, I see you installed a pool, I know what your wife is driving,” Marisa McKeown, a supervising attorney for the Crime Strategies Unit of the Santa Clara County The county district attorney’s office, told the Bay Area News Group.

Police learned that Velasquez owned several registered firearms and, working with the DA’s office, got an arrest warrant on the felony charge and a gun-violence restraining order. That allowed authorities to seize his weapons pending a June 6 hearing to determine whether he is fit to possess them. Both orders were served at his home on May 19, police said.

Investigators seized at least five rifles and four handguns, according to police photos. The weapons included two assault-style rifles, and several of the guns had illegal modifications including rear pistol grips and detachable magazines, authorities said.

The announcement came only days before the first anniversary of a shooting at a San Jose rail yard that killed 10 people including the gunman.

Sam Cassidy, 57, a disgruntled employee at the Valley Transportation Authority light rail yard, killed co-workers and then himself in the May 26 attack. It was the deadliest mass shooting in San Francisco Bay Area history.