9 things that happened for the first time in 2022 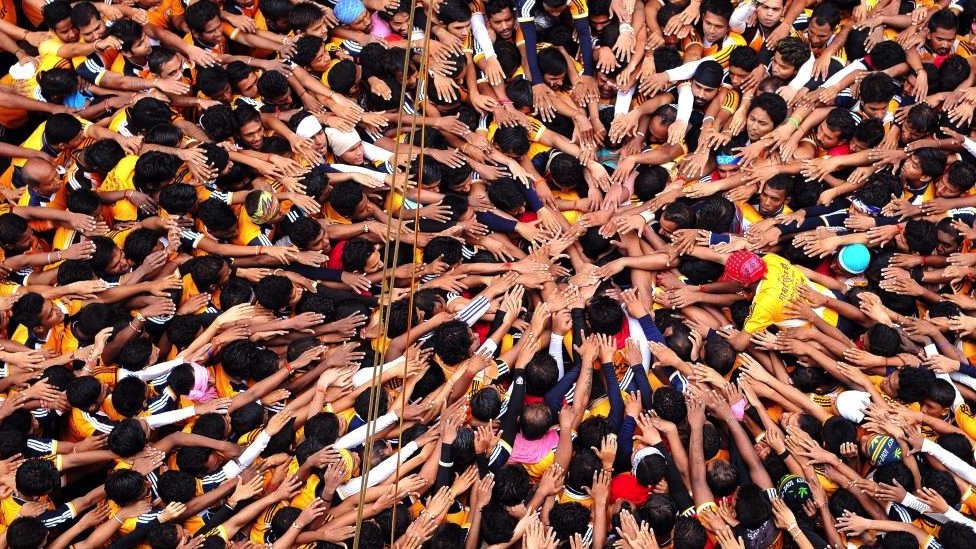 The year 2022 was marked by many unprecedented events, and not all of them happened on our planet!

From a “multiplying record” to a trip deep into our past.

Here are some of the milestones that caught our attention the most.

US space agency managed to change the trajectory of an asteroid After intentionally crashing with a spacecraft on 28 September.

The purpose of the collision was to verify that space rocks that could pose a threat to Earth could be safely deflected. So this was the matter.

2. Microplastics are found in human blood

A study published in the journal Environment International last March Microplastics were found in the blood samples of 80% of people tested,

Microplastics are small pieces of plastic less than 5 mm in length that are formed when larger pieces break down on land or in the ocean and pollute the environment.

The effects of microplastics on the body are unknown.But the researchers say the new results are worrying and that microplastics may harm human cells.

3. World Cup for the first time

The 2022 FIFA Men’s World Cup will go down in history thanks to a series of unprecedented milestones.

To begin with, it was First edition of the tournament hosted by an Arab country or Muslim: Qatar.

also considered Debut of a woman as head referee of a matchWhen Stephanie Frapart of France officiated in the group stage match between Germany and Costa Rica.

had another scoop Morocco’s impressive trajectory By far the semi-finals, the best result in the history of an African (and Arab) nation. And speaking of milestones, Qatar 2022 was the scene that finally saw Lionel Messi lift the World Cup trophy for the first time after five attempts!

November 15, 2022. According to the United Nations, this is the date on which the world’s population exceeded 8,000 million inhabitants for the first time.

“This is due to the unprecedented growth Gradual increase in human life expectancy due to improvements in public health, nutrition, personal hygiene and medicine. It is also a result of persistently high birth rates in some countries,” the agency said in a statement.

However, the United Nations clarified that while the world population took 12 years to grow from 7 billion to 8 billion, It will take at least 15 years to reach the next 1 billionBecause the mass birth rate seems to be slowing down.

5. A Malaria Vaccine That Will Change the World

Scientists at the University of Oxford announced in September that they had developed Malaria vaccine with potential to ‘change the world’,

The new vaccine, due to hit the market next year, has shown 80% efficacy in trials against the deadly disease, which kills around 400,000 people a year.

Scientists have also claimed your vaccine is not expensive,

Malaria is one of the leading causes of infant mortality in the world, and vaccines against it are difficult to develop, as the parasite that causes it is often complex and elusive.

It is a constantly moving target that changes shape inside the body, making it difficult to immunize.

American figure skater Timothy LeDuc became the first non-binary person to compete at the Winter Olympics in Beijing in February.

LeDuc did not win a medal and finished seventh in the pairs event with Ashley Cain, but she made an impact on the world.

7. We go further back in time – Courtesy of the James Webb Telescope

The James Webb Telescope had no qualms about making headlines in 2022: Since coming online in July, it has provided amazing images of the universe,

One of them was the deepest snapshot ever taken of our universe, including JADES-GS-z13-0, a galaxy more than 13 billion years old and belonging to the “early days” after the Big Bang.

which appears as a light stain is “The Farthest Galaxy” has so far been confirmed by the gold standard measurement.

Gustavo Petro’s rise to power was a historical milestone in Colombia.

Not only for being the first President of the Left in that country, but also for coming out of the ranks of the M19 guerrilla movement.

By whose hand did they arrive at the Palacio de Nariño Francia Marquez, first Afro woman vice president and environmental activist,

9. We saw bacteria without a microscope

Scientists announced the discovery of the world’s largest bacteria in June.

and you don’t need a microscope to see Thiomargarita Magnifica: The size and shape of the newly discovered organism is almost similar to that of a human eyelid.

about 1 centimeter long, it’s 50 times larger than all other known giant bacteria combined And the first can be seen with the naked eye.