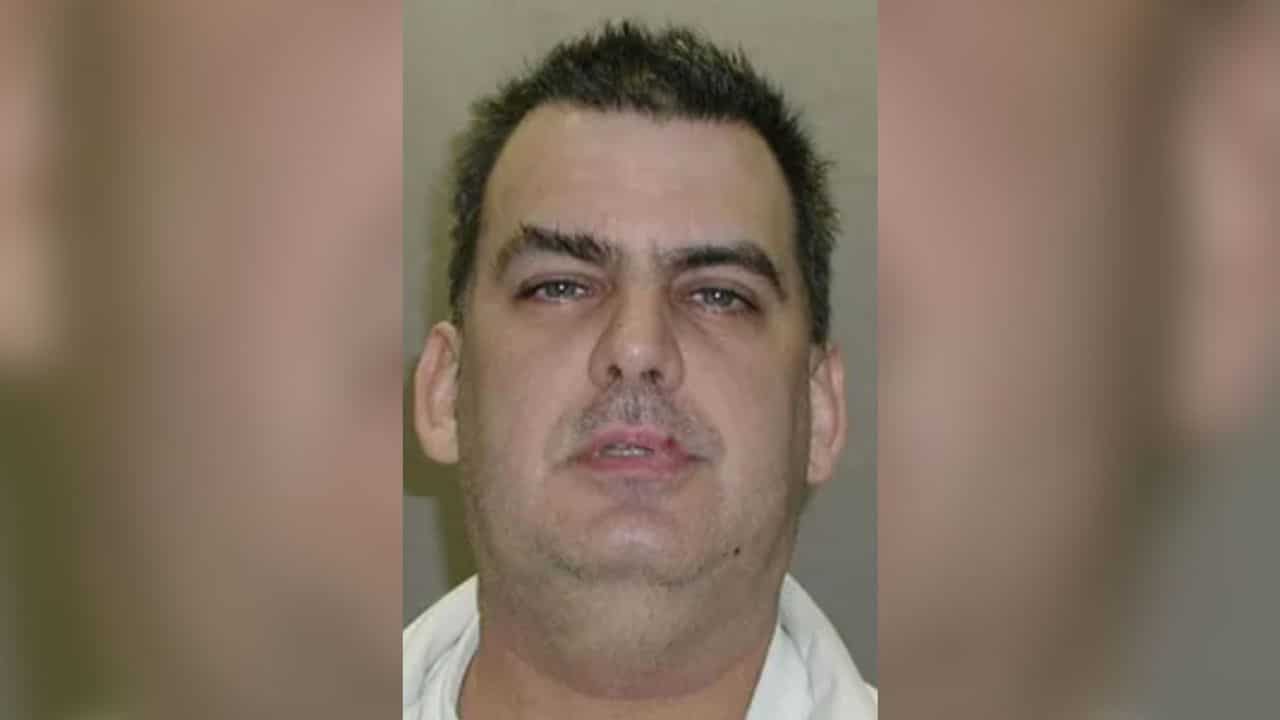 (CNN) — Patrick Giblin was like America’s version of a “Tinder scammer,” but without the private jet.

According to a federal criminal complaint, Giblin lured the women with stories about his respected family – he said his father was a judge – and a waterfront property in Atlantic City, New Jersey, where he claimed he ran a casino business. I worked in He told them that he was ready to settle down and that he was more interested in a woman’s inner beauty than her physical appearance.

Patrick Giblin in an undated arrest photo. He presented himself to women as a wealthy romantic looking for love. obtained by cnn

He promised that distance was not a problem as he had access to discounted flights and was even willing to relocate to a woman’s city to pursue the romance.

But federal officials say these were all lies, fabricated to dupe women looking for love through dating sites. A review of the plea deals and federal complaints shows that Giblin defrauded at least 100 women over two decades, luring them with false promises of more than $250,000 in requests for short-term loans that were never repaid. ,

A report from New Jersey federal prosecutors said, “He took advantage of vulnerabilities, promising to end the loneliness of a woman who had just ended a long-term relationship or was comforting someone who who had recently experienced the death of a loved one.” “Gibelin was assuring these women that he was willing to move to their cities, but he needed to send them money to do so.”

Despite being convicted and serving a prison sentence, after being caught and twice escaping federal custody, he continued to defraud women.

Prosecutors say Giblin defrauded women while in prison while serving time on similar charges, and became a fugitive after failing to report to a halfway house in Newark, New Jersey.

His scams predate Tinder and other dating apps

According to authorities, Giblin’s scams date back to the early 2000s, when he was in his 30s, and long before Tinder, Bumble and other dating apps. He is now 58 years old.

On Lavalife, QuestChat and other dating services, Giblin called himself “Pat,” an apparently charismatic man who convinced women that his weight, height and other physical characteristics were not an issue, according to a federal criminal complaint. According to the documents, he created multiple accounts in his own name on dating sites in the United States and Canada.

Prosecutors say he messaged women on the sites, saying he was looking for a long-term relationship with a “real, authentic, genuine woman” and they exchanged phone numbers.

His scams predated the digital payment services Venmo, Zelle and other apps, so he would ask women to send him cash via MoneyGram or Western Union, usually several hundred dollars at a time. According to federal court documents, some of the women did not know how to use the transfer services, but he guided them through the process.

Prosecutors say Giblin was targeting vulnerable women, including widows, women with physical disabilities, and single mothers with at least one child who had recently lost a child.

Cathy Waters, executive director of Advocating Against Romance Scammers, told CNN, “Giblin preyed on the lonely and the broken-hearted. He found their weaknesses and attacked them when they couldn’t get their money.” “Victims not only endured financial abuse, but emotional and psychological abuse as well. He is a master manipulator who has duped untold numbers of people, some of whom will never speak about it.”

Giblin was first arrested in 2005 for defrauding a woman in Ohio.

Giblin’s scandals first came to light after he was charged with robbery in New Jersey for allegedly defrauding a woman in Ohio. This happened in March 2005.

After his arrest, the FBI said that for the past five years he had used the same telephone dating services to defraud women across the country, according to court documents.

According to a federal report at the time, Giblin admitted that he had victimized more than 80 women over a five-year period. He pleaded guilty and was sentenced to 115 months in prison.

But that was just the beginning.

Waters believes his victim numbers are likely to be much higher as Giblin continues to defraud women into 2021, and some victims of romance scammers are too ashamed to come forward.

“The number of romance scam victims in the United States over the years is a number we’ve never seen linked to a single scammer,” Waters said. “It is common among victims of romance scams not to report the crime. Sometimes reporting is accompanied by scrutiny, which leads to shame and humility.”

To avoid confusing the women, Giblin kept detailed notes on his dating service activity, including victims’ names, their physical descriptions, what they did and the type of man they were looking for, according to the criminal complaint. The FBI interviewed several women who disclosed that they had given him money.

As part of a plea deal, Giblin admitted he had stolen more than $200,000 from women over the years. In April 2007, he pleaded guilty to wire fraud and was sentenced to more than nine years in prison.

He was sent to a federal prison in Greenville, Illinois. But his criminal activities did not stop.

escaped from federal custody in 2012

In late 2012, federal officials placed Giblin in a residential reentry program in Philadelphia. There he was given a one-day pass to find a job in Atlantic City, according to the criminal complaint, but never returned and became a fugitive.

A few weeks later, federal authorities found him at an Atlantic City hotel, according to court documents, of gambling money from women he had swindled through telephone dating services. He checked into the hotel under the alias “Michael Patrick”.

A federal agent asked Giblin where he got the $711 and whether he had received any money from women, and he replied: “There’s a girl I’m fucking with.”

But a search of his hotel room revealed that there was more than one woman there.

Investigators recovered a cell phone, money transfer receipts and notebooks containing a trove of information, including physical descriptions, interests and hobbies of women he had interacted with while frequenting dating sites. The women were from across the country, including Wisconsin, Minnesota, South Carolina, New York and Ohio.

In his notes on one woman, Giblin wrote: “She has a savings account. House paid for, she’s not a gold digger,” federal documents said. He pleaded guilty to theft charges and was sentenced to 18 months in prison.

In December 2013, according to federal documents, he was again released from prison, this time to begin supervised release in New Jersey. As a condition of his release, Giblin was required to inform his probation officer of any plans to leave the state, but was later detained by a federal agent at a hotel in the Colony of New York.

While in New York, Giblin used dating sites to meet more than 10 women and defraud them of between $15,000 and $40,000, according to court documents.

Giblin pleaded guilty and in August 2017 was sentenced to five years in prison and ordered to pay restitution in the tens of thousands of dollars. Court records say he continued cheating on women while incarcerated in federal prisons in Estill, South Carolina, and Lewisburg, Pennsylvania.

In July 2020, his transfer from the Lewisburg prison to a residential halfway house in Newark was approved. Federal officials say he was taken to a plane in Harrisburg, Pennsylvania. Giblin’s itinerary included a stopover in Charlotte. He never went to Newark.

Federal documents say that while on the run, Giblin posted messages on phone dating services and continued to defraud and receive money from women. Prosecutors say he defrauded nearly a dozen women out of more than $37,000 between 2019 and 2021.

He was arrested in Atlantic City in March 2021 and pleaded guilty in July of this year to fraud and evading federal custody. In addition to his 66-month prison sentence this week, Giblin was released on three years’ supervision and ordered to pay restitution of $23,428.

Waters, a lawyer for victims of romance scams, said she did not think the sentence was harsh enough given the breadth of Giblin’s crimes, and that it only gave the women time to plan more ways to scam them.

“Unfortunately, the charges did not cover all the lives he harmed,” he told CNN. “It takes years to recover emotionally, psychologically and financially from these scammers.”