A Key to Returning to Normal Is Paid Sick Leave, Democrats Say 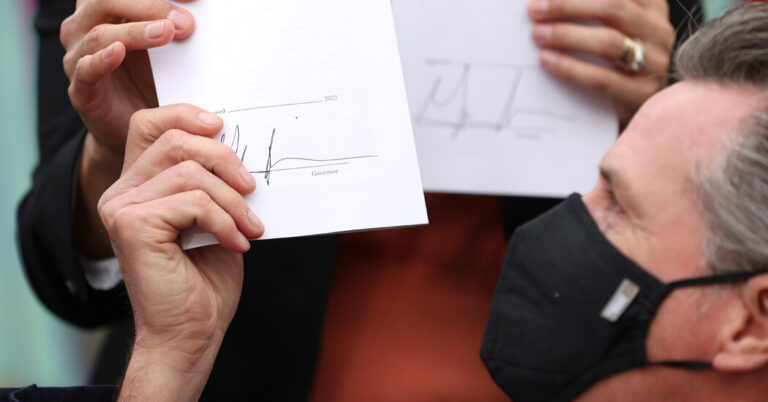 Yet the United States remains one of 11 countries, and the only rich country, with no federal paid sick leave. During the pandemic, most wealthy nations in the Organization for Economic Cooperation and Development temporarily expanded their sick leave to cover people in quarantine and self-employed workers, and to relieve employers from paying for sick leave themselves.

March 2020, the start of the pandemic, was the first time the United States offered comprehensive paid leave. The program expired in December that year. It gave two weeks to workers who were sick or needed to care for someone who was, and 12 weeks to care for children whose schools were closed. Employers were fully reimbursed in the form of a payroll tax credit.

The leave excluded more than half of private-sector workers, including those at companies with more than 500 workers and at many small businesses. Even so, there was evidence that it slowed the spread of Covid. A study published in Health Affairs compared new Covid cases in states that already had paid sick leave with those that gained it because of the new law. After adjusting for factors like testing and lockdowns, they estimated that the new leave prevented 15,000 cases a day nationwide. Another study, by Kaiser Family Foundation, found that paid sick leave increased vaccination rates.

“High-quality data clearly shows infection decreases when workers have access to sick leave,” said Nicolas Ziebarth, an economist at Cornell who was one of the researchers on the first study. “It prevents contagious workers from coming to work.”

Democrats have long pushed for permanent paid leave for a range of reasons, including sickness, a new baby and family caregiving. Initially, President Biden’s large social spending bill had 12 weeks of leave. But that plan failed to get enough support in Congress, including from any Republicans.

For now, Democrats have scaled back their ambitions to focus on a temporary program providing emergency time off for Covid. They hope this smaller version is more likely to get Republican votes. The first round of Covid paid leave, in 2020, was passed under President Trump with bipartisan support.

The US Chamber of Commerce does not support passing paid leave in the context of a crisis, said Marc Freedman, vice president for employment policy, and opposes using a funding measure to get it done, versus debating it in Congress as a stand-alone policy .