A la Benjamin Button! ‘La Gaviota’ comes to life again with each new photo and the network explodes 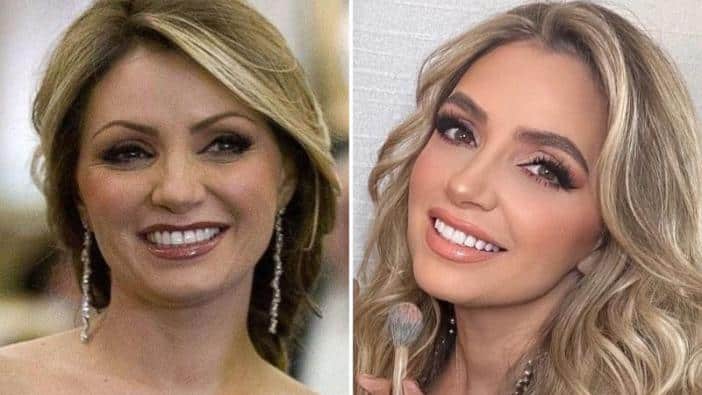 After her divorce with Enrique Peña Nieto 9 years ago, Angelica Rivera decided to stay away from the limelight, so some of her appearance is a revelation and despite the years she remains very beautiful and even some internet users Says she is prettier than before.

She has kept her life as private as possible that even her social networks are private, so the few pictures and/or videos that circulate on the networks are thanks to people who tag her as their daughter, whom she recently seen from the den

But not only these stories have caused a stir in the network, but also the latest publication of the famous make-up artist Vico Guadarrama, who was in charge of making up the actress on New Year’s Eve, which in his words caused her delight:

The makeup artist wrote, “How nice to start the year with your energy. One year is over, but we have one more chance to make a better story. Let’s vibrate in the energy of love.”

The photo immediately sparked endless comments and is that Angélica has beautiful skin that makes her look a few years younger, with some users even pointing out that it was Sofía Castro, who was similarly tagged in the photo:

“Obviously it’s not Angelica, it’s her daughter Sophia, otherwise what a nice editing job, it doesn’t look like that at all,” said the user.

Added to that, more people indicated how unrecognizable it is: “It’s okay to look young, but it’s great to see yourself as a teenager”, “Unrecognizable, what does money do, you better change your name”, “Verdy, what an impression your surgery is”, “like it went through a filter”, “you flew like 15 years”, “so many filters they look distorted”.

He also did not remember what he asked to know the name of the surgeon: “Let the plastic surgeon say it because that person did a good job”, “The surgeon arrives”, “I need that surgeon”, “The surgery worked magic”.

Of course, Angelica didn’t stay silent and commented on how much she loved her surgery: “LY my surgeon haaaaa.” To which Victor replied how much he missed her: “I love her uncontrollably, I missed our conversations, decrees and laughter with Sofia and Fernanda.”

However, many people pointed out how beautiful she still is and how happy they are with her new look.