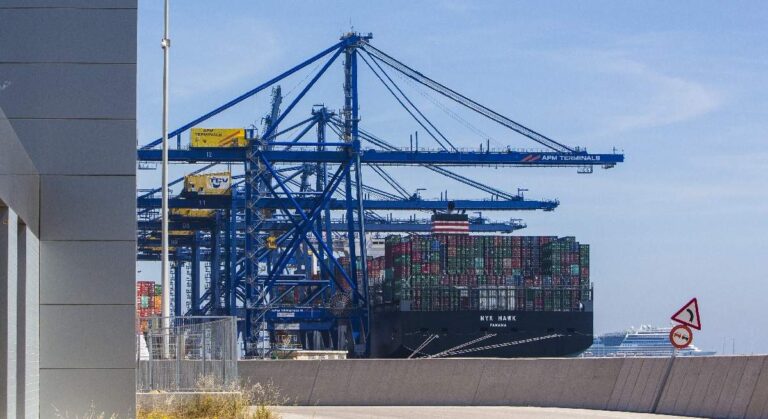 About 2,000 workers at the English port of Felixstow, Britain’s largest shipping facility and handling nearly half of the country’s container traffic, began an eight-day strike yesterday to demand better pay terms.

It is the first forceful measure adopted by unions in Felixstow since 1989, and joins other strikes called by other sectors such as rail or London Underground transport in recent times. This stoppage will affect its operation from tomorrow till next August 29. Felixstow, on the east coast of England, handles 4 million TEU (a 20-foot container equivalent unit) each year and is due to its proximity to European ports such as Le Havre (France), Antwerp (Belgium) and Rotterdam (country less). takes advantage. ,

The strike comes as Britain enters the third day of a rail strike calling for better wages and job security amid a sharp rise in energy and food prices. Only one train out of five was running in Britain on Saturday and not a single train arrived at some stations. Thousands of tourists, as well as football and cricket fans, were disappointed that they could not make it to their matches. The disruption will continue on Sunday and union leaders say more strikes are likely.

On top of that, most of London’s Underground lines were down due to another strike last Friday. Unite Union claims that Felixstow’s parent company, CK Hutchison Holding, prioritized profits rather than paying fair wages to its employees.

Port officials, for their part, expressed “disappointment” that Unite “did not come to the negotiating table for constructive discussions and to try to find solutions.” Felixstowe handles about half of the goods coming into the country. The strike could force commercial ships to move to other ports in the UK or Europe.

A growing number of unions are planning a strike at a time when Britain is facing its worst livelihood crisis in decades. The latest figures put inflation at 10.1% – the highest in 40 years – and a growing number of Britons are struggling to cope with rising energy and food prices as there are enough wages to cover the level of cost of living .

Postal workers, lawyers, British Telecom employees and garbage collectors have also declared strikes later this month, adding to the chaos. Railway employees began a series of massive strikes that suspended national rail travel in June, demanding better pay and working conditions as officials tried to reform the rail system, which has been hit hard by the coronavirus pandemic and It has lost most of its revenue due to change in travel pattern. ,