A “sad, overwhelmed, hurt and disappointed” people made a pilgrimage to the sanctuary of San Lazzaro. 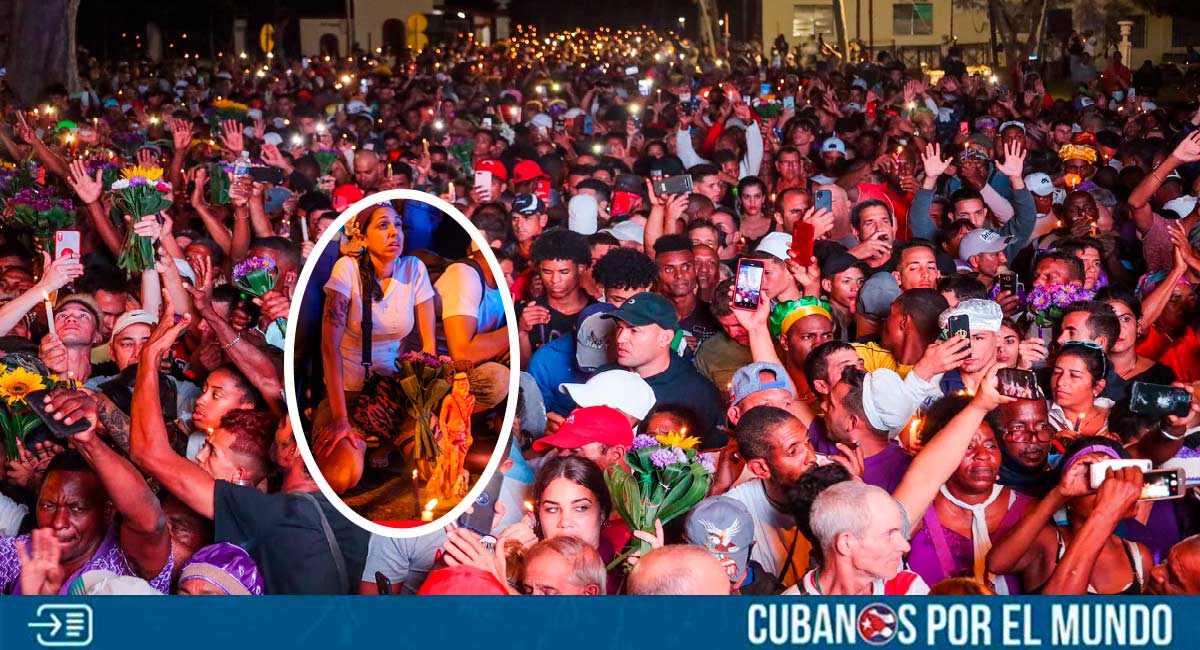 On the eve of December 17, Cubans from across the country made a pilgrimage to the Sanctuary of San Lázaro in Havana.

The communicator criticized the political and government officials of Havana who did not support the transport of the devotees.

Cadiz confirmed that “there seems to be little desire” of the authorities to promote the meeting in the national sanctuary of El Rincón.

May interest you: MEP Javier Narte responds to a Castro official: there are children in Cuba who have been sentenced for exercising freedom of expression

Devotees of San Lazzaro or “Babalu Aaye” participated like every year, “Bringing up their deepest sorrows, their deepest pains, their quietest cries.”

His intercession urges them. Cuba is dying of joy, despair is overcoming us. They imposed death on us and now they want us to believe that we die with “dignity”.

The procession to the San Lazzaro sanctuary and the requests of its devotees across the island have had one clear lament this year: the immigration issue.

Just this December 17th, many people asked that San Lazaro intercede for Cuban families who have been separated by exile.

In fiscal year 2022, which ends in September, nearly 221,000 encounters with Cuban citizens have been reported at the Mexican border, according to the Office of Customs and Border Protection.

This represents the largest emigration wave ever from the communist island of “continuity” and “order”.

From our archives: Luis Manuel Otero Alcantara on San Lazaro Day: “We are regaining faith in change” (+VIDEO)

With the weight of loneliness and isolation, many Cubans went to the capital’s San Lazaro sanctuary to pray for a fractured and divided Cuba.

“Many have reached alone, others have done so without a family member. ‘We are the ones who remain and we are here representing everyone,’ one of them told me with tears in his eyes. Martinez misses Cadiz.

The World Catholic Radio correspondent said that besides the deportation of thousands and thousands of Cubans, there are other concerns that are experienced.

“Between diseases, lack of supplies in hospitals and uncontrollable exodus, fewer people make it to the sanctuary each year,” commented.

Cubans around the world are writing