A sedentary lifestyle threatens the health of 85% of Tabasco residents 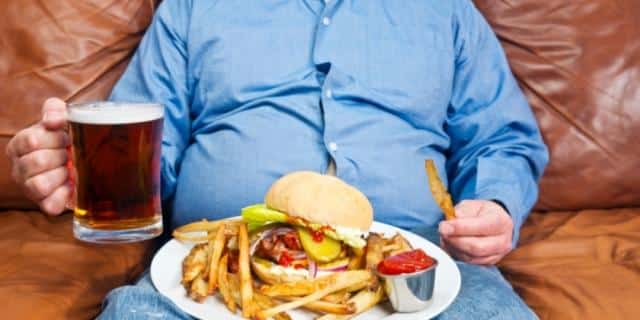 With the pandemic and abusive use of technologies, sedentary lifestyle In Tabasco 70 to 85% went away, a condition which is believed to be the main cause of the diseases. obesityDiabetes, heart disease and even some types of cancer, warned experts consulted by Telereporteje.

Nutritionist, Christel Nivon Andrade explained that the fear of being imprisoned and going out for fear of being infected has led to a change in habits, leading to less physical activity and sedentary lifestyle up to 15 percent.

“We are talking about 7 out of 10 Tabasqueños who suffer from overweight or obesityWe’re second nationally, we know that poor eating habits, combined with inactivity obesity And with the confinement caused by COVID-19, I would say it has increased between 10 and 15%, that is, about 80 or 85% of Tabasqueños are sedentary, we spend more time locked in the house in front of the television and watching TV. person consumes more food, as teleworking from home is much more efficient sedentary lifestyle And you sit in front of a computer for many hours a day and you don’t do any physical activity,” he explained.

He warned that, according to data from the World Health Organization (OMS), The sedentary lifestyle It is the main reason for the high percentage of some types of cancer, diabetes, heart disease and other serious health problems.

“The OMSshow that sedentary lifestyle It is the main cause of up to 25% of breast and colon cancer, 27% of diabetes cases and 30% of heart disease, among other diseases. sedentary lifestyle Is obesityNo physical activity and poor eating habits that are regularly found in the population lead to other diseases such as diabetes, heart disease, high blood pressure and fatty liver,” he warned.

For his part, Jorge Gutierrez Torres, president of the Tabasco College of Sociologists, recognized that the confinement had led many people to seek refuge for entertainment in technologies such as streaming platforms, social networks and the Internet.

“The World Health Organization also says, for me society after the pandemic is stagnant, when you’re sedentary, you have something to look at and obviously the closest thing is technology and it’s only young people, mothers family and parents Also, Uncle and the whole family, what has been spent in misusing technology, which is an invaluable tool, but no one knows how to use it and it stagnates instead of improving,” They said.

He said that excessive use of technology has also made people lazy, however, it does not mean that technologies are bad, but it means that a balance between physical and mental activities is necessary.

“Technology is misused and young people lose the opportunity to progress, even you see they are done as we usually say: more SlackerLaziness is more in doing physical activities, so there should be a balance, both are necessary, both training thoughts and physical activity for good personal integrity, that physical question exercisethere is more obesityThere are consequences, because once humans spot a defect, it’s easy to get at, but not easy to remove, so it’s a risk,” he said.

Lastly, he exhorted the population to take advantage of technologies but also make time for physical activity, which can start with a simple 10-minute walk a day and gradually increase until they Don’t get into the habit of exercising. exercise Avoid diseases that reduce daily and quality of life.