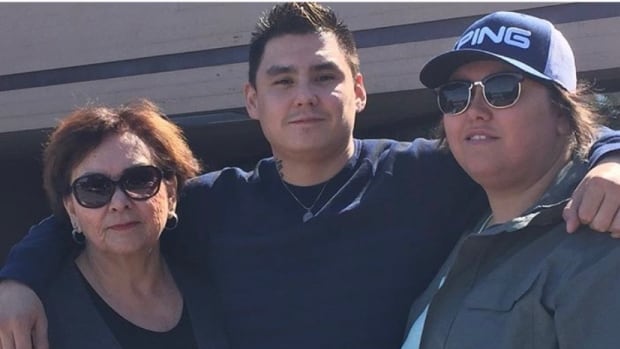 RCMP have arrested five people in connection with the homicide of Lane Tailfeathers last summer in southern Alberta.

On July 20, 2021, Crowsnest Pass RCMP — 237 kilometers southwest of Calgary — received a report from Alberta Fish and Wildlife about possible human remains in a rural area.

The Alberta RCMP major crimes and forensics teams identified the remains as Tailfeathers’, a 35-year-old man from Fort Macleod, Alta., who had been reported missing by his family a month earlier.

Tannis Tailfeathers, Lane’s sister, said the two were best friends and inseparable growing up, and that news of the arrests has been emotional.

She added that while nothing will ever bring Lane back, she’s glad police have been able to make some headway on the case.

“I think it’s a step closer to getting justice for my brother. [When] they’re actually charged and behind bars, I think that will be a little bit of a closure.”

Lane had last been seen in Fort Macleod — a town nearly 173 kilometers southeast of Calgary and just over 80 kilometers northeast of Crowsnest Pass.

Tannis said that continuing on in the wake of her brother’s death has been immensely difficult for her and her family.

,[It’s been] a very tough, very difficult year. Still living in this little small town where he was murdered … it’s just been something that I never thought my family would have to go through.”

Police said in a news release Saturday that the five people that were arrested have not been charged yet.

RCMP are asking anyone with information regarding Tailfeathers’ death to contact them at 403-553-7200 or anonymously through Crime Stoppers at 1-800-222-847.

CBS announces victory for the television season with the weeks ahead