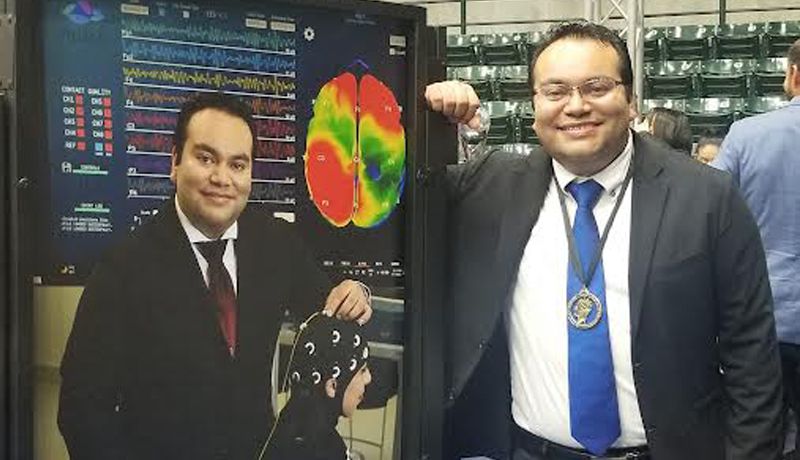 
Tijuana.- One person from Tijuana who stands out in the field of science and technology is Christian Peñaloza, who currently serves as the director of the Mirai Innovation Research Institute in Japan. He urged the youth to explore emerging sciences as they hold a promising future. on a professional level.


In an interview with Dr. Cristian Peñaloza, he explained that his field of work focuses on projects related to neuroscience, artificial intelligence, robotics, virtual reality, augmented reality, space technologies.


“I specialize in cognitive neuroscience applied to robotics, where we develop what are called brain-machine interfaces, that is, we place electrodes on a person’s head to read brain waves, and thought patterns to move the prosthesis. Let’s decode it. Robotics, a wheelchair, an assistance system”, he said.


He added that these types of applications are very useful for people with motor disabilities, but also for enhancing the physical abilities of people who do not necessarily have a disability, for example, to increase strength or even To enhance robotic limbs, such as controlling a third hand..


“One of the main challenges was to find the areas of the brain that are activated when a person imagines controlling a third hand, so through research we were able to decode that activation with Verified that the brain has that flexibility.” Explained.


From a talent point of view, Dr. Peñaloza assures that there is no big gap with Japan, as Mexico has academically well-prepared young people, however, from the point of view of investment in equipment and science and technology, Japan is nowhere near is more advanced.


“I’m from Tijuana and I had the opportunity to study in San Diego, because we have that possibility on the border, and I studied computer engineering at San Diego State University, and then did my master’s degree and doctorate at Osaka University in Japan degree, where the Japanese government offered me a scholarship to study for a doctorate and post-doctorate in Kyoto, where I am also a researcher”, he remarked.


It was thus that the Tijuana native stood out for his talents and founded the innovation center he now directs in Japan, promoting technological development in both Japan and Mexico, as through alliances he Has originated with universities in Mexico, he invites students to learn about new technologies.


He concluded, “Studying engineering from a professional perspective is very promising, and if you want to develop technology, the opportunities are immense, so I recommend young people to explore emerging sciences.”

They reject Adils for creating Directorate of Mental Health