A week later, astronomers discovered a galaxy that was deeper in time 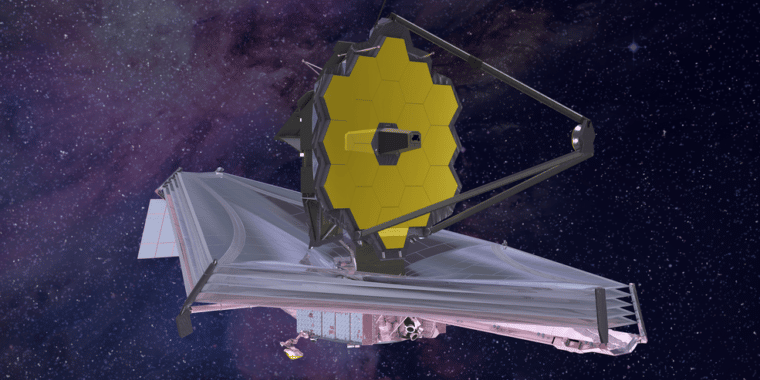 Data from the Webb Space Telescope has only reached astronomers in the past few weeks, but they’ve been waiting for years, and it looks like the analysis is ready. The result is like a race in time, as new discoveries lead to objects that formed close to the Big Bang that created our universe. Last week, one of these discoveries revealed an existing galaxy less than 400 million years after the Big Bang. This week, new analysis revealed galaxies that emerged exactly 233 million years after the universe’s emergence.

The discovery is an exciting byproduct of work designed to answer a more general question: How many galaxies should we see at different points after the Big Bang?

back to that time

As we reported last week, the early universe was opaque at any wavelength that contained more energy than was needed to ionize hydrogen. This energy is in the ultraviolet part of the spectrum, but the redshift caused by the expansion of the universe over 13 billion years has shifted this boundary point to the infrared part of the spectrum. To find galaxies from this time, we must look for objects that are invisible at short infrared wavelengths (i.e. light was once above the hydrogen intersection), but visible at lower energy wavelengths.

The deeper the boundary between visible and invisible in the infrared, the stronger the redshift and the farther away the object is. The farther an object is, the closer it is to the Big Bang.

Studying these galaxies can tell us something about the nature of each. But identifying large clusters of early galaxies can help us determine how quickly they formed and identify any changes in galactic dynamics at any given time in the universe’s past. The change in frequency of visible objects over time is called the ‘luminosity function’, and some work has been done to describe the brightness function of early galaxies. But the infrared wavelengths of the first galaxies were absorbed by Earth’s atmosphere, and therefore had to be reflected from space. This was one of the design goals of the Webb telescope.

The new work focuses on investigating the luminous function of galaxies that formed (astronomically) shortly after the Big Bang. But when cataloging the earliest galaxies, the researchers found the oldest galaxies ever photographed.

The researchers used two data sources to reconstruct the appearance of the galaxy at different times. One was produced by analyzing work done with the Infrared Telescope (ESA’s Sightseeing Telescope) and the Spitzer Space Telescope, both of which imaged relatively old galaxies when they produced light that now reaches Earth – approx. 600 million years or so after the Big Bang. Other embedded data generated by the web, including the data sets analyzed in our report paper and the region filmed in the first public image release. In all cases, the researchers were looking for the same thing: things at longer infrared wavelengths but not shorter ones.

In total, the team identified 55 distant galaxies, 44 of which had never been seen before. Forty-nine of these come from Webb data, and that number includes the two ancient galaxies identified last week. The numbers for high redshift are not very accurate, as they are based on only one or two galaxies. But in general, visible objects have a tendency of gradual decline over the few hundred million years after the Big Bang, with no sharp changes or reductions.

But the surprising thing is that there is data on a very large redshift (z = 16.7, for those who understand it) for a single galaxy. This puts it less than 250 million years after the Big Bang. This distance depends in part on the fact that the first wavelength filter at which the object is visible is too dim there, indicating that the object is dim at the wavelength allowed by the filter. This indicates that the hydrogen-induced light dissipation is near the edge of the filter band.

Like the distant galaxy described last week, this galaxy also appears to have the equivalent of a billion Suns of material in the form of stars. Researchers estimate that it may have started forming stars 120 million years after the Big Bang, and certainly 220 million years ago.

The researchers are pretty sure this new galaxy is a genuine discovery: “After extensive research, we cannot currently find a plausible explanation for this object other than a new redshift galaxy.” And adding a second independent confirmation of previous galaxy discoveries, it greatly increases our confidence in the discovery. All this suggests that the new telescope lives up to its promise, at least in terms of early galaxies.

The big question now is when they will be pointed at a region with a higher lens, which can magnify objects to the point where we can visualize structures in these early galaxies. Maybe we’ve already done that, but we’ll have to wait for the details to appear in the arXiv file.