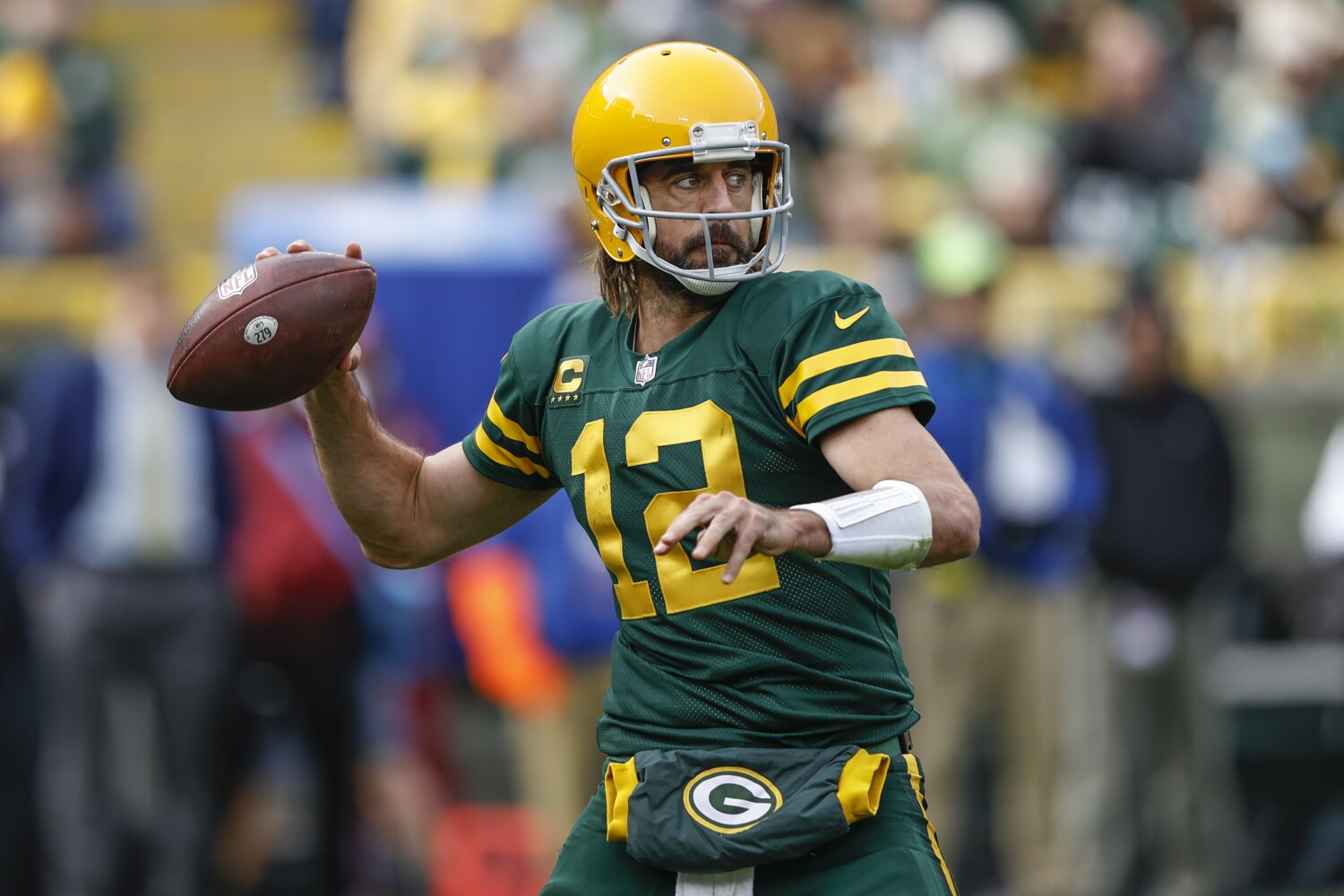 Aaron Rogers admitted on Tuesday that he “misled people about my status” when he told reporters he was “vaccinated” before the start of the NFL season.

The Green Bay quarterback has not been vaccinated against COVID-19 and tested positive for the coronavirus last week. He missed the Packers on Sunday – a 13-7 defeat to the Kansas City Chiefs – and hopes to be cleared on Saturday to play the Seattle Seahawks.

Rogers appeared on The Pat McAffee Show on Friday and said that his initial immunization announcement “was not a trick or a lie, it was true.” He went on to say that he would clarify his point if a reporter asked a follow-up question.

He reverted to these claims when he returned to The Macaffy Show for his weekly appearance.

“I made a few comments that may have been considered misleading,” he said. “And for anyone who felt misled by these comments, I take full responsibility for those comments.”

Later in the interview, he was even more outspoken. “I misled people about my status,” Rogers said.

During an interview last week, Rogers said he was allergic to an ingredient in two vaccines, and instead used what he called “a long-term protocol of several months” as his immunization.

Rogers said Tuesday that he supported many of his comments from a previous interview, during which he tried to justify his refusal to follow all NFL protocols for unvaccinated players, talked about the use of the antiparasitic ivermectin and other controversial methods of fighting COVID. , and referred to the words of Martin Luther King Jr. when discussing his own situation.

“I am an athlete, not an activist. So I’m going to go back to what I do best, which is playing ball, ”Rogers said on Tuesday. “I shared my opinion. It was not something that was thought up lightly. It took a lot of research and what I felt was in my best interest for my body. But I am going to leave further comments between myself and my doctors, and after this interview I have no more comments on this matter. “

He actually laughed at the mention of McAffee “Doctor Joe Rogan, “a reference to a popular podcast host (who is not a doctor) who, according to Rogers, asked a doctor for advice on Friday. Rogan contracted COVID-19 in September and has spoken publicly about using ivermectin as part of treatment during his recovery.

“I really admire Joe,” Rogers said. “I definitely spoke to a dozen of my friends who have dealt with COVID and they were all very helpful in different ways, Joe was one of them.”

Rogers said he spent time in isolation, meditating, meditating, reading, watching football – and struggling to shield himself from the criticism he receives.

“There will be people who don’t like you, who hate you for what you said, and may not even understand what you said, or know what you said, may just [be] headline, Rogers said. “And that’s okay. I believe that people are entitled to their opinions, even if they are unfavorable to me. But I’m going to continue to try to be the best version of my movement forward. “