Abortion ban extends across US 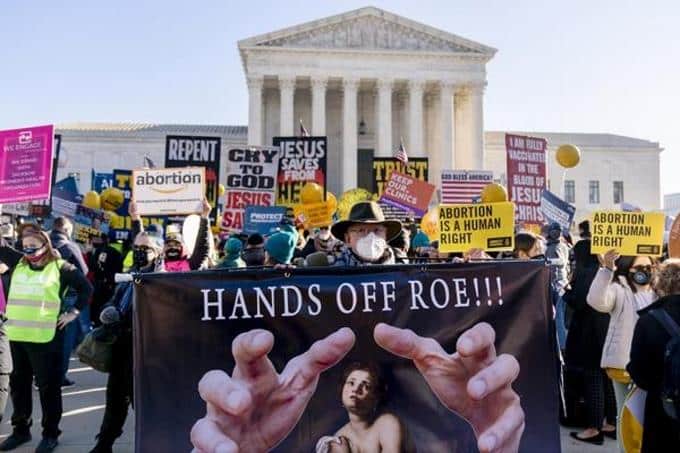 Laws banning abortion went into effect in three other US states on Thursday, restricting access to voluntary termination of pregnancies two months after the Supreme Court’s landmark decision to overturn that right.

According to The Washington Post, 21 million women are now barred or severely restricted from having abortions in 13 states.

Republican-ruled Tennessee, Texas and Idaho joined the dozen states that also implemented laws approved before the Supreme Court’s decision and which had been dormant until now.

Made up of six conservative judges out of nine, the Supreme Court on June 24 dynamited the constitutional right to abortion, instituted nearly 50 years ago, and returned the power to legislate on the matter to each state.

That historic victory for the conservative movement sparked a political storm and put the abortion issue at the center of the campaign for midterm elections, scheduled for November.

The famous sentence “Roe v. The Wade Act of 1973, 13 states restricts or severely curtails the right to voluntarily terminate a pregnancy, noted the Guttmacher Institute, which campaigns for access to contraception and abortion. Is.

Many women seeking an abortion have to travel thousands of miles to find an open clinic if they can afford the trip.

In Texas, the law that went into effect yesterday makes an abortion punishable by life in prison for any member of the medical staff, except in the event that the mother’s life is in danger.

This criterion adds to a tangle of restrictive texts that already led to an effective cessation of abortion in this state of 30 million residents.

In Tennessee, also in the south of the country, where abortion after six weeks was already banned, abortionists could face a prison sentence.

This state, like Texas, does not provide exceptions in cases of rape or incest, and observers believe the law is unclear in the event of an intervention to save the mother.

The new text allows those who have had an abortion to be sentenced to two to five years in prison, with exceptions in cases of incest or rape.

President Joe Biden has made the defense of voluntary termination of pregnancy one of his campaign themes to mobilize his electoral base, especially women, ahead of the November elections.