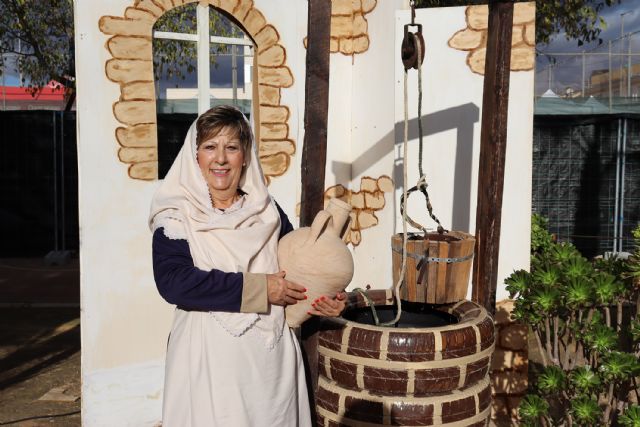 A stupendous success. This is the balance of the fourth edition of the Living Artisan Nativity Scene in the La Florida neighborhood of Las Torres de Cotillas, which closed its doors yesterday after two intense weekends of Christmas representation in which it received almost 20,000 people. “We are as happy as we are proud. So much work and enthusiasm has paid off in a big way. We are overwhelmed by the response we have received, even people from Valencia or Almeria specially come to see Bethlehem. Coming for”, highlighted the mayor- Pedanía of La Florida, Encarnación Ruiz Fernández.

The show, which once again had free admission, proposed a total of 30 scenes with about 100 extras: 10 Bibles, two periods and 18 trades (a blacksmith, carpenter, cowgirl, potter, butcher, seamstress…). Diya, where the fish market and grape harvest area were inaugurated this year. “The balance is unbeatable. People have come from all over the region of Murcia and neighboring cities, which is a worthy reward for the great work the residents of La Florida do not only in these four days, but throughout the year.” Review of Toreno Mayor, Francisco Jesús López Manzanera.

“Everyone passing by this Living Nativity has been able to verify the craftsmanship of all its elements: decorations, costumes, etc. We must congratulate all the participants for their great work and especially the celebration committee for the direction of the project ” “, highlights Marian Fernández Fernández, first deputy mayor and councilor of Barrios y Pedenías, who recalls that during the first weekend a Christmas market of shops, restaurants and crafts was also organized.

An edition in which there have been many performances of Christmas music and gastronomic flavours. In addition, this year His Majesty King Felipe VI repeats as Honorary President and also returns the ‘Follow in the Footsteps of Jesus’ route, offering to pass through this nativity scene first to enjoy the birth of Jesus and then for the exhibition Had the dioramas of Cabildo de Cofradias to live the passion, death and resurrection of Christ.