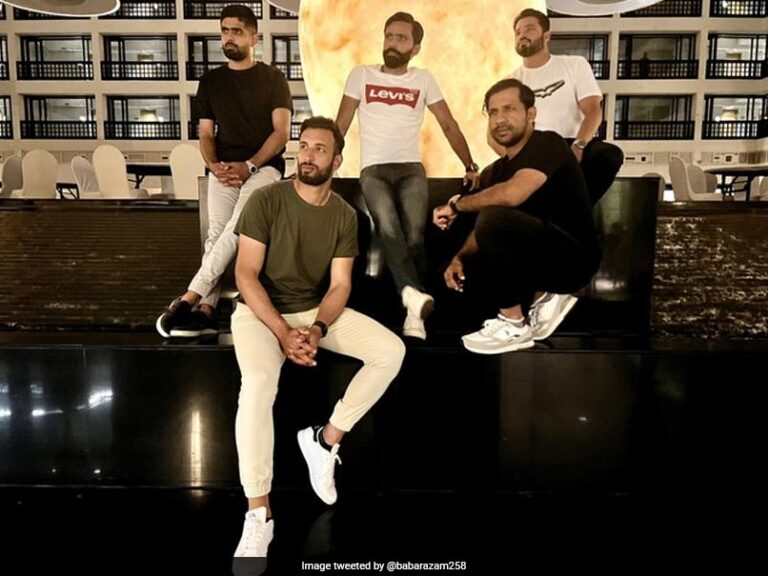 Pakistan captain Babar Azam recently took to Twitter to share a photo with his teammates. “With the boys!” he captioned. In the photo, Babar is joined by Shan Masood, Sarfaraz Khan, Fawad Alam and Azhar Ali and all five, dressed in casual clothes, are seen looking in the same direction. Pakistani Shadab Khan responded to the Tweet with a hilarious comment. “Muje esay kyu dekh rahe hei sab? (Why is everyone looking at me like that?)” he wrote.

The Pakistan men’s team are currently in Sri Lanka ahead of their two-match test series.

Despite Sri Lanka suffering a major economic crisis, they faced Australia recently and although they lost the T20I series, they won the ODI series and drew the two-match Test series in heroic fashion.

The first test between Sri Lanka and Pakistan is scheduled to start on Saturday in Galle. The second match will be played in Colombo.

This will be Pakistan’s last mission in the ongoing World Test Championship (WTC) cycle.

Sri Lanka and Pakistan are currently third and fourth respectively on the WTC points table.