According to the Ukrainian minister, evacuation buses on the way to Mariupol held at the Russian outpost

“Our task is to open a humanitarian corridor and help people survive, especially civilians – women, children, the elderly”, according to Ukrainian Minister of Reunification of Temporarily Occupied Territories, Irina Vereshchuk.

“By 12:30 pm (5:30 am EST), 45 buses left for Zaporizhzhya to Burdiansk. At this time, they are at the Vasilievka checkpoint, and the Russian Federation is not letting our buses pass again and again. , We demand that the whole world community turn its attention and help the people out of occupied Mariupol, ”said Vereshchuk.

The International Committee of the Red Cross said on Thursday that it was preparing to facilitate the safe passage of civilians from Mariupol on Friday.

Vereshchuk said that out of a pre-war population of more than 400,000, about 100,000 people live in the city, requiring immediate evacuation.

“That is, another 100,000 women, children, the elderly and people with disabilities who need help from us and the world,” she said.

Vereshchuk claimed that 45,000 Ukrainian citizens were forcibly deported to Russia, a figure Nation World News could not immediately verify. The Russian military says thousands have been “evacuated” from separatist-held areas and “dangerous areas” of Ukraine to Russia.

Orlov said 1,500-2,000 people would be able to evacuate the city between today and tomorrow.

He said there was “constant street fighting” in the city, but Ukrainian forces still control the city centre.

The survivors in Mariupol are “living like rats. They’re living underground in down shelters, bomb shelters. That’s why people try their best to survive in this situation,” he said. 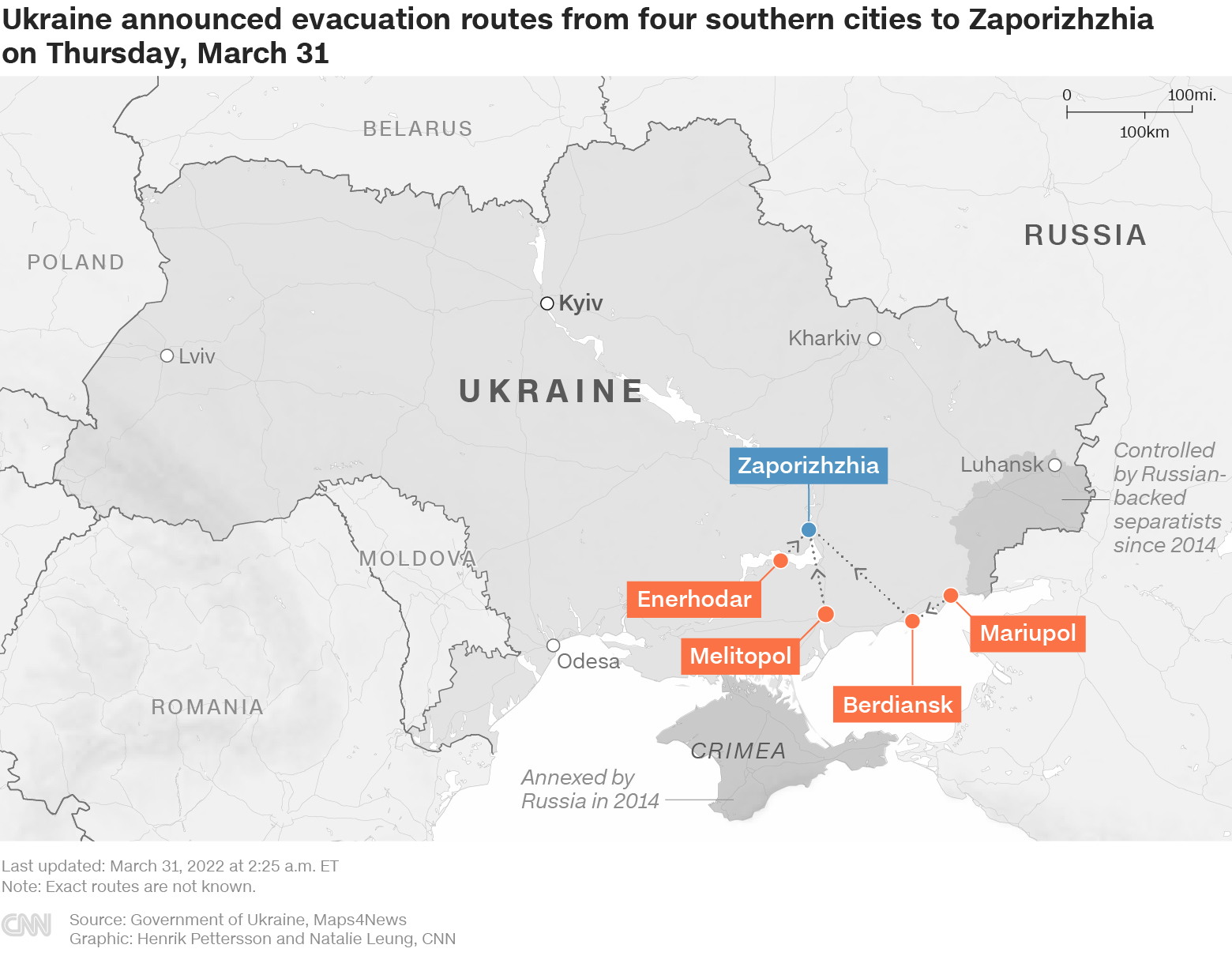