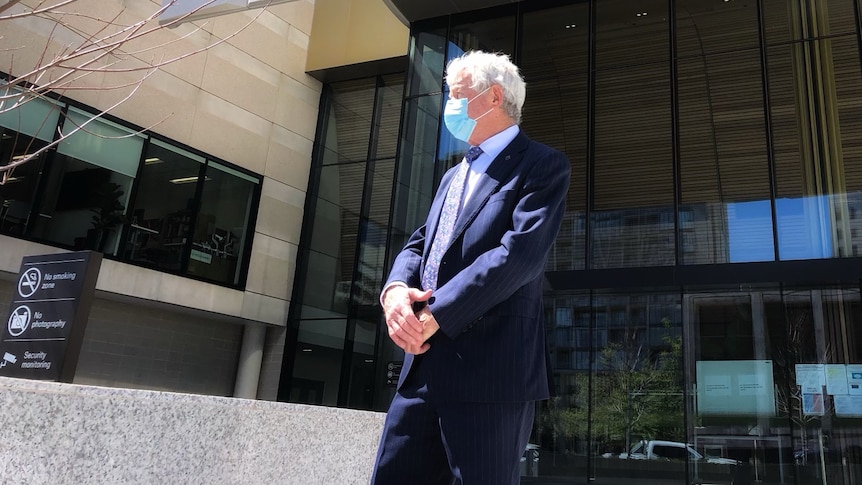 The latest twist in the saga of the government’s pursuit of Bernard Collaery has seen the ACT Supreme Court refuse his application for piles of documents from a number of agencies, including the overseas spy group ASIS.

As part of his defense, Mr Collaery had planned to use the material to question the legality of an alleged spy operation in East Timor during oil and gas treaty negotiations.

Mr Collaery is facing five charges, including allegedly conspiring with the man dubbed Witness K to release the classified information and with sharing the information with several others.

Mr Collaery had issued four subpoenas to Australia’s overseas spy agency ASIS, the department of Prime Minister and Cabinet, the Office of National Intelligence and the Department of Foreign Affairs and Trade.

The requests called for a large range of documents relating to the alleged bugging operation on the East Timor cabinet.

Mr Collaery maintained he was entitled to contest the legality of the alleged operation, citing legal limits on the functions of ASIS to Australia’s national security, foreign relations and national economic wellbeing.

Mr Collaery told the court he would be entitled to an acquittal if a jury was not satisfied beyond reasonable doubt that the actions of ASIS that he allegedly disclosed were within the law.

But in his ruling Justice David Mossop found it was unnecessary for the government to prove the legality beyond a reasonable doubt, in order to prosecute Mr Collaery.

The details of the argument only came to light when Justice Mossop released his judgement.

Most of the hearing had been held in closed court, highlighting the little content or even context that is available in the public domain.

And there is still no sign of any trial date.

Lawyers in the case are still arguing about what secret information should be allowed to be considered.

And there is still no release of a redacted appeal court ruling, which Mr Collaery won.

The dispute over that went to the High Court where it remains parked pending other decisions about the case.

Read Also:  How Ange strengthened Celtic after scary race to stand on the brink of making Oz football history

Kyle Rittenhouse is innocent: celebrities react to the verdict