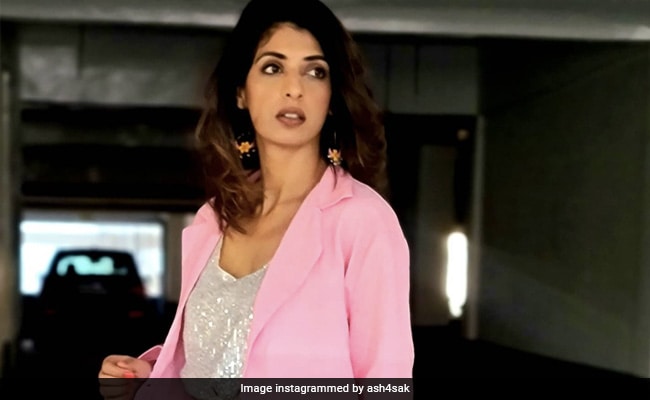 Aishwarya Sakhuja, best known for starring in TV shows Saas Bina Sasural, in a recent interview with ETimes revealed that she was affected by Ramsay Hunt syndrome about eight years ago. Earlier this month, singer Justin Bieber also opened up about his diagnosis in an Instagram video, in which he explained dealing with partial facial palsy. “As you can see, it’s not blinking, I can’t smile on this side of my face, it won’t move nostrils,” the singer said in the video. Ramsay Hunt syndrome is a complication that affects the facial nerve near one ear and can lead to facial palsy and can lead to hearing loss in subsequent cases.

Coming back to Aishwarya Sakhuja, the actress revealed that she was affected by your syndrome while shooting for a TV show in 2014. “It happened while I was shooting for the show. i will not forget (2014). We were shooting back-to-back because we had a wedding sequence coming up. I clearly remember that I had a 2 pm shift the next day and the night before, Rohit (her husband) kept asking me why I was seeing her. I thought it was one of his silly jokes and didn’t react to it. The next morning, when I went to brush my teeth, I found it difficult to hold water in my mouth while rinsing. Even at that time, I thought it was hard work,” Aishwarya told ETimes.

She added, “I couldn’t take a day off as we didn’t have the bank of episodes ready. So, I continued shooting. The cast and crew were very supportive, and they tried to shoot in such a way that Half of my face was not visible.” “We somehow managed to shoot and I went for my scan the next day, where it was confirmed that I had Ramsay Hunt syndrome and had to be put on steroids,” the actress said.

The actress revealed that she made a complete recovery within a month and added, “The steroids were extremely heavy and the emotional turmoil too heavy because as an actor, my face is everything.”