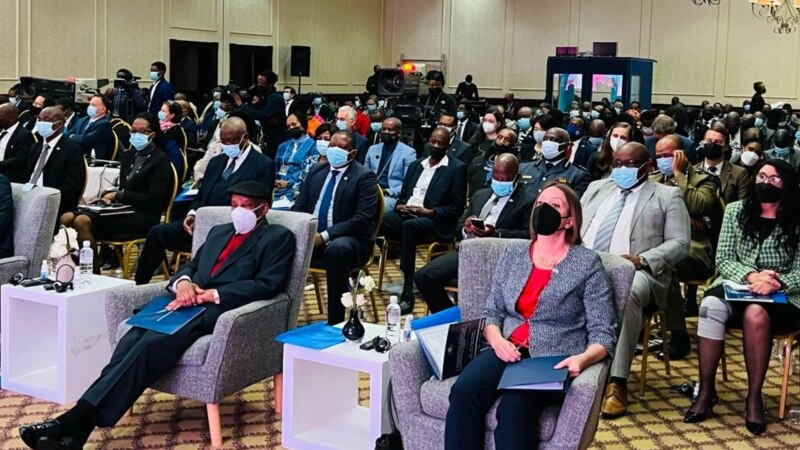 The three-day summit, organized by Botswana and the US-based National Democratic Institute (NDI), attracted former heads of state and civil society activists from across Africa.

Niger’s former president Mahamadou Issoufou spoke via video link and said there were concerns about the state of democracy in Africa.

“We have some results from certain countries, but democracy is weakening in certain countries, and especially through military coups,” he said. “I am glad Botswana and Niger speak with one voice.” Countries must respect the double-term limit, he added.

Issoufou left office after two terms in 2021 and was awarded the five million dollar Ibrahim Prize for good governance.

He said Africa needed strong institutions to promote constitutionalism and to ensure that democracy flourished.

“We remain determined in the belief that we are better served by strong institutions rather than strong men or women or anything in between,” he said. “My firm belief is that this summit represents our strong partnerships to renew and strengthen efforts to respect constitutional term constraints as a pillar of democratic government and peaceful political transitions across our continent.”

Peaceful political transitions remain elusive in some African countries. In the past 16 months alone, leaders have been ousted by coups in Mali, Guinea, Burkina Faso and Sudan.

Uzra Zeya, deputy secretary for civil security, democracy and human rights, said in a recorded statement that her country would continue to support Africa’s efforts to uphold democratic principles.

“The United States is proud to support today’s convening and we will continue to support our partner’s efforts to draw attention to the efforts of constitutional term constraints as this is the key to democratic government,” she said. “We all know from public opinion polls that constitutional term constraints have widespread popular support across Africa.”

“There is no more important moment to reaffirm and embrace the eternal truth than today when democracy is being attacked in so many corners of the world,” he said. Democracy must be protected, defended, nurtured through regular civic practice and education. Respect for constitutionalism promotes the rule of law and political accountability. “

The Gaborone meeting is a follow-up to a 2019 summit held in Niger to promote respect for constitutional limits.