Maruti’s Swift is now also available in S-CNG model. The company has launched it in two variants Vxi and Zxi. As per the company’s claim, its mileage is 30.90 Km/kg. With this mileage, the Swift S-CNG has become the most fuel efficient premium hatchback in the country. In such a scenario, you are planning to buy this hatchback. Then the delivery time should also be known from its price. However, the Swift S-CNG is yet to reach the dealers. It could reach dealers in the coming weeks. You also know what dealers say about its delivery.

The Maruti Swift S-CNG has been launched in two variants. Its Vxi variant has an ex-showroom price of Rs 7.77 lakh and the Zxi variant has an ex-showroom price of Rs 8.45 lakh. Bhopal-based Maruti Arena dealer Rajrup Motor Junction said about the Maruti Swift S-CNG that the model is yet to hit their showrooms. May come next week. The company has started its bookings, but the delivery will be available only around Diwali. That means customers have to wait at least 2 months. Customers who book the car first will be given the car first. 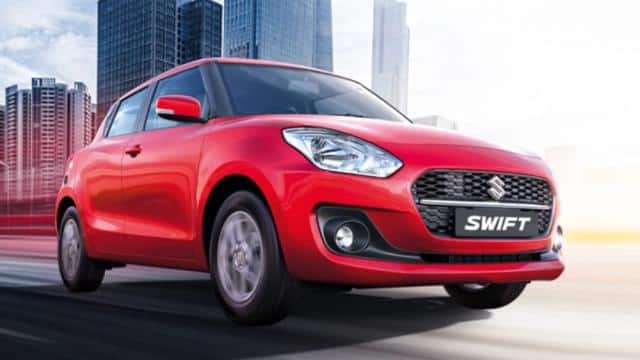 Mileage of Swift S-CNG
The Maruti Swift S-CNG is powered by a 1.2L K-series dual jet, dual VVT engine, which generates 77.49PS of power and 98.5Nm of torque. The engine is mated to a 5 speed gearbox. As per the company’s claim, its mileage is 30.90 Km/kg. With this mileage, the Swift S-CNG will become the most fuel efficient premium hatchback in the country.

Features of Swift S-CNG
No changes have been made to the design of this car. Also, not much has been changed in its features. For safety, it gets features like anti-lock braking system, EBD, airbags, reverse parking sensor, rear camera, hill hold assist and electronic stability control. It is the sportiest and most spacious car in its segment. The company has sold over 26 lakh units so far. As far as its dimensions are concerned, it measures 3845 mm in length, 1530 mm in height, 1735 mm in width and 2450 mm in wheelbase.