After returning several healthy bodies, Wild destroys the ducks by a score of 7-3. 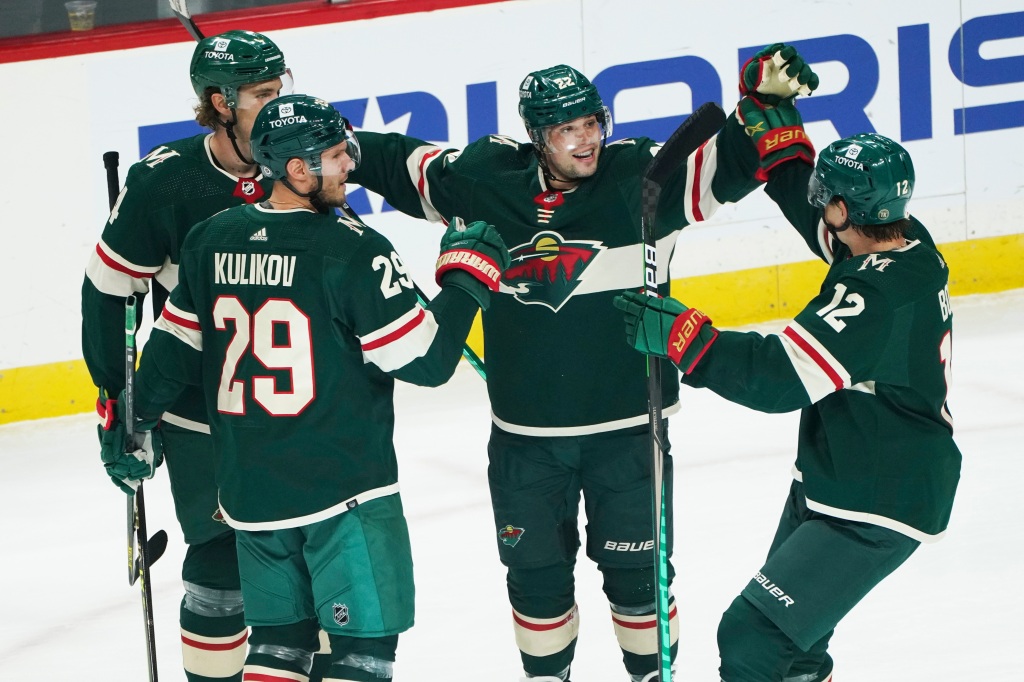 It’s amazing how quickly things can change in the NHL.

Last week it seemed like the sky had fallen on the Wild as they struggled with a host of adversity, namely star winger Kirill Kaprizov fell with a serious injury that could have kept him out for a long time.

While the Wild are still missing some of those players, they began bringing back some healthy bodies to the roster Friday night at the Xcel Energy Center and quickly knocked the Anaheim Ducks out of the building in a 7-3 win.

“Of course it was nice tonight,” said trainer Dean Evason. “We were cutting lines. I don’t think there was a big discrepancy in our protocols. We liked our line-up tonight. It is suitable. We had really good depth. Everyone played really well for the most part.”

All of a sudden, the Wild won three games in a row as they continued to climb up the Central Division standings. More importantly, they look exactly like the Stanley Cup contender they saw earlier this season.

It’s been almost a week since their last game, and some outsiders were concerned that the Wild might look a bit rusty against the Ducks.

Instead, they got off to a fast start thanks to a goal from winger Kevin Fiala. He received a cheeky pass from rookie winger Matt Baldy early in the first period, then hung in front before giving the Wild a 1–0 lead from close range.

“Just a lucky change,” Baldy said. “They were trying to get across the ice and it ended up right on my stick. Just from there. I moved to the middle and passed to Kev. He made an incredible game.”

It was the start of a long night for goaltender Anthony Stolarz.

Having control of the Wild, Kaprizov began to leave his fingerprints in the game, creating a goal-scoring opportunity out of nowhere by punching traffic. As the puck bounced off the goal line, experienced winger Mats Zuccarello picked it up and found center Ryan Hartman, who potted the puck to make it 2-0 to the Wild.

Despite the Ducks closing the gap to 2-1 thanks to a hurried goal from winger Max Comtois, Kaprizov responded with a succession of highlights, winning the battle on the board and then passing without looking at Zuccarello, who did everything else to do it. 3-1.

“It’s good that he can learn something from me,” joked Zuccarello, who usually finds Kaprizov with the help of highlights. “I’m out there and just trying to be ready. He is a good player, sees the ice well. I’m already used to it.”

Neither team scored a net in the second period before fully illuminating the scoreboard in the last 20 minutes of the game.

It all started with Baldy scoring 30 seconds into the third period to make it 4-1, and then Zuccarello scoring a goal a few seconds after the throw-in that followed to put the lead at 5-1.

When asked about scoring so quickly, Zuccarello joked: “Sometimes they score. In most cases, no. It was nice to see him enter…”

“We’ve just returned to the bench,” Baldy said. “We didn’t see the throw-in. But we saw the goal. We’re just in time.”

A couple of minutes later centre-forward Viktor Rask made it 6-1 and effectively knocked Stolarz out of the game.

It is clear that the Wild took off the gas for a few minutes with a big advantage, and the Ducks scored a goal from winger Derek Grant to close the gap to 6-2, and a goal from rookie center Trevor Zegras to make it 6-6. 3.

Just in case, star quarterback Matt Damba scored a goal for the Wild to end the score 7–3. Not bad for a team that seemed to be heading in a different direction a week ago.

“Looking back, those little breaks did us good,” Dumba said. “Just giving the guys time to recover. And hopefully it will be the next wave of guys coming back next week.”

Female firefighters demand the removal of the head of the LAFD