After the first capture of Ovidio, the army asked to strengthen the security 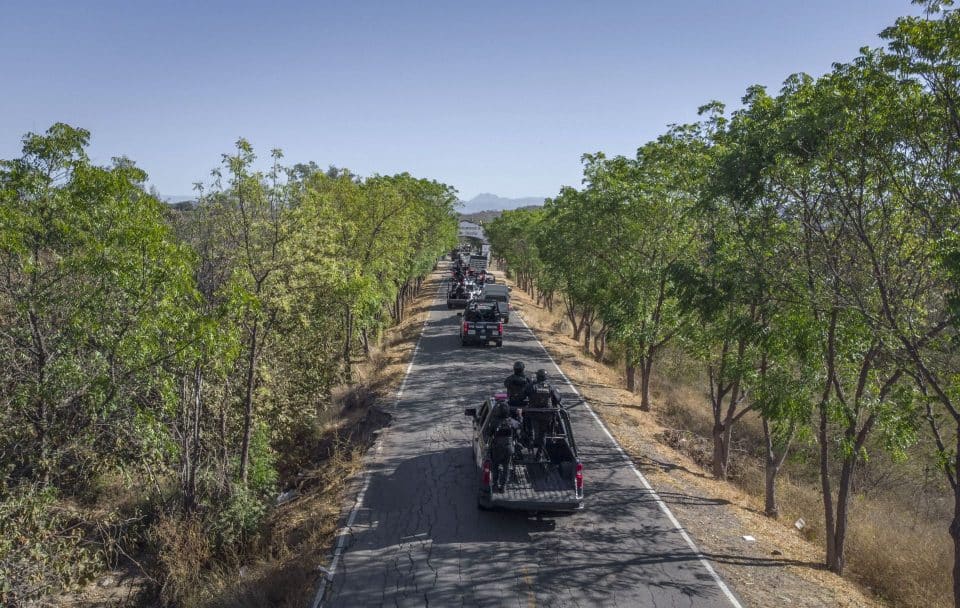 after first possession ovid guzmanSon of drug trafficker Joaquin ‘El Chapo’ Guzmán, and in view of the increase in attacks by organized crime, the military asked to improve the security of the ninth military area and Culiacan, Sinaloa’s military housing units, but the federal government denied the requested resources.

This information is part of the thousands of Sedena documents that were leaked in 2022 by the hacktivist group Guacamaya, In the documents, it is mentioned that just a week and a half after the so-called “Black Thursday” of October 17, 2019, the army first proposed to request President Andrés Manuel López Obrador to “resume operational deployment” . 9/a. ZM, to integrate permanent available operational forces to hold more troops ”.

This is due to the fact that, due to the operation to capture Ovidio Guzmán, “there were several attacks on military personnel deployed in the state of Sinaloa (…), which led to the fact that some permanent services did not have enough soldiers to protect them.” guaranteeing or conducting military maneuvers was a threat to their security.

Two years later, in 2021, the military formalized its request and requested the Ministry of Finance for more than 32 million pesos to build a two-perimeter fence or, failing that, to hire more personnel who would be “military personnel”. Block or obstruct outsiders’ access to installations. However, there is no record to date that these resources have been assigned.

political animal He sought a position on the matter from both Sedena and the Treasury, but received no response.

Read: Ovidio Guzmán has been recaptured in Sinaloa; He was transferred to the Altiplano prison in Adomex.

Soldiers and their families at rest, victims of “Black Thursday”

On October 29, 2019, the first report sent by the military from the “Public Safety Subdivision” states that during the first operation to arrest Ovidio Guzmán, Cedena had the deployment of 1,202 elements in Sinaloa, accounting for 64.27% of the operation. Was representing The power that the Secretariat had.

“For the one above, Re-orienting the deployment is convenientThrough the concentration of highly mobile forces and with a large amount of capability and firepower, located at central points to respond quickly to any emergency”, it indicates.

In the same document, Cedena warns that members of organized crime in Sinaloa use weapons that guarantee them “greater volume and firepower”, equipment to provide physical security, access to means of communication and vehicles. which allow them better mobility.

A day later, on October 30, 2019, the Headquarters of the Cedena General Staff sent a graphic presentation of the aggression suffered by the 9th Military Region during the events of October 17, stating that the violent actions of organized crime were concentrated “targeted on the military forces arriving in the area”.

However, they were also directed to operational bases with military personnel in the different services and likely to support forces and families of military personnel in periods of rest, and included direct attacks on civilians in Sonora, Chihuahua, and Durango. Threatening messages were included.

“Operations of organized crime were characterized by: convening criminal groups from the state of Sinaloa (‘chimales’, ‘ninis’, ‘cholos’ and ‘mayos’), offering resources to whoever attacked federal forces; (as well as) the use of military techniques, automatic and anti-aircraft weapons (AK47, AR15, rocket launchers, 40mm grenade launchers, machine guns and .50 caliber rifles), tactical vests and helmets, as well as ballistic plates ”, he noted Provides 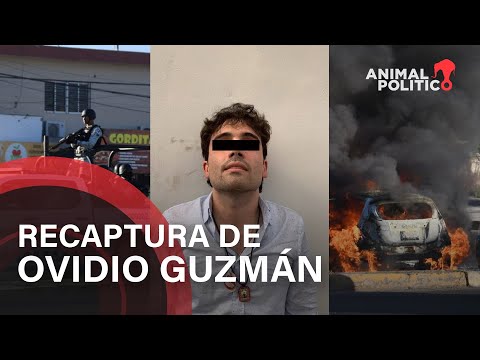 According to internal reports, the final balance of the operation was one civilian, one National Guard agent, two guards, one prisoner, and five dead as well as seven soldiers wounded by the assailants, as well as one officer and five National Guard agents. police officer and two municipal police officers. The abduction of two officers and nine members of the army was also reported, who were “released at various places”.

Regarding the impact on beneficiaries and soldiers in the housing units, Cedena reported that 20 elements and beneficiaries were affected “their property or psychologically”, four private vehicles were hit by shots and four houses were searched for “the luxury of violence”. was taken with

Despite being the target of various ambushes, Cedena reported that the military personnel “avoided collateral damage and casualties of their own.”

They want more security, the government denies them resources

Two years after Ovidio Guzmán’s first capture and subsequent release, and after a risk analysis of the area, Cedena proposed to the Treasury investment project To enhance the security of Military Camp No. 9 and Culiacan Military Housing Units for 32 million 848 thousand 031 pesos.

Within the military camp, according to the project, there are also three military organizations with operational functions: the 9th Military Region Headquarters, the 24th Non-Embedded Infantry Company and the 3rd Regional Automotive Maintenance Company.

“In other words, this military camp becomes a concentration point for troops, materials, fuel and vehicles to carry out tasks assigned by the President (…) Officials from the three levels of government also live in these facilities ,” Indicates .

In case of non-completion of this project, Cedena proposed the establishment of 90 more troops in both regions, of which there are only 60, which would represent a cost of 2,158,245,000 pesos over 20 years.

In one of his internal reports, Cedena pointed out that among the disadvantages of the withdrawal of services established as part of the permanent deployment was the “abandonment of areas that were frequented by organized crime groups trying to consolidate their drug-trafficking routes”. will be captured.”

However, he says that through coordination with the “upper echelon” and regional commands, criminal groups will be prevented from taking over those locations. For example, it mentions that military services installed in dams may be attended by the security services of the institutions themselves, as is the case with the CFE, “which has security specifically designed to guarantee the physical security of the facilities.” There are forces.”

Read: Jesús María, town of only 5 thousand inhabitants, who met the authorities and where Ovidio Guzmán lived

It also states that in the case of toll booths, military personnel only act for a “preventive” purpose, as they do not interfere with roadblocks, so this type of work is overseen by the Directorate General of Highway Safety and the National Guard. Could facilities.

“(But) the attack on HQ and UU was experienced. HH. mm. It left a precedent, the conditions do not exist for a response to an armed attack of this nature. If the current security conditions persist, military personnel and their families will be in danger would be vulnerable in the event of a U.S.,” Cedena concluded.

Now, after another operation to recapture Ovidio Guzmán, last 5 januarythe federal government reported that the balance of 29 people were killedAs well as 35 soldiers were injured by firearms, including 10 soldiers. According to officials, there were no civilian casualties.