AGL. The billionaire with the ‘red-hot crack’ in 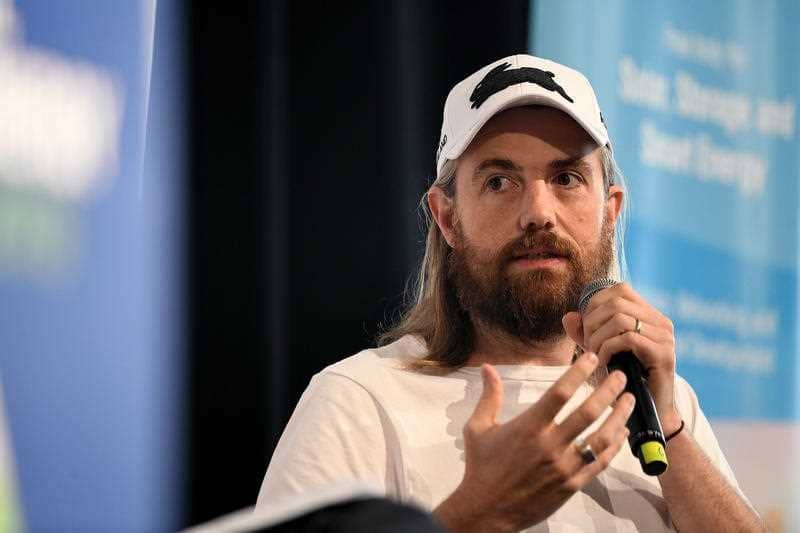 Australian billionaire Mike Cannon-Brooks is taking the country’s largest electricity generator and carbon emitter on his planned demerger, and urging other shareholders to join in.

“It is an uphill battle. Look, we are cracking a red-hot,” the tech mogul told AAP.

Newly installed as the largest shareholder of AGL Energy, he said the current board’s plan to split the company into “small and vulnerable” would have bad consequences for investors, workers and the climate.

His push to power Australia more quickly with renewable energy comes amid a tight election where climate politics are heartened by more severe and frequent floods, storms and bushfires.

He said that if the AGL board finds a way, ultimately the government and the taxpayer will have to submit the bill.

But, it is not an idealistic pledge.

Instead, he sees a promising future for AGL Energy on top of Australia’s rapid transformation.

AGL Energy’s board has rejected their criticism of the company’s impending split, saying in a statement to ASX that the demerger is in the best interest of all shareholders.

The Atlassian co-founder tweeted Monday night that he had raised his stake in AGL Energy to more than 11%, which is trying to influence its future by becoming the largest shareholder and rallying others to his cause.

“This is a really important moment,” Mr Cannon-Brooks said.

“It has a bright future, but it won’t exploit that future by falling apart.”

His intervention came after AGL issued a letter to shareholders asking them to withdraw the board’s plan to split the company into an energy retailer called AGL Australia and a coal-fired power generator called Axel Energy.

The new entities will aim to reduce emissions to near zero by 2040 and 2047, respectively, which is too slow for the largest shareholder.

AGL said it was committed to “a responsible transition of Australia’s energy system” and plans to divest the company by June 30.

For the demerger to be successful, 75% shareholder approval is required when a vote is held on June 15.

Superannuation fund Hesta, which owns 0.36% stake on behalf of its members, is against demerger.

Hesta CEO Debbie Blakey told the AAP, “We are not convinced that the proposed AGL demerger will align with the Paris Agreement on emissions reductions and the closure of coal assets, nor that AGL’s plans provide a similar transition for affected workers or communities. Huh.”

Read Also:  A Stock Trader's Guide to a World Where Oil Costs $100 or More

Mr Cannon-Brooks said many shareholders – big and small – are concerned but there is only one option presented by the board.

“There is a candidate, there is a box, put a number in a box, but there is only one box,” he said.

“The way the company has set it up, to say there is no other option, is disappointing a lot of shareholders.”

Asked on the campaign trail whether it was embarrassing that a tech billionaire was showing more leadership on emissions, Scott Morrison said his government had a workable plan for net zero by 2050.

“If you allow electricity prices to go up by making unbalanced emissions reduction targets, all of that goes up in price,” he told reporters.

Mr Cannon-Brooks has launched a website – put it with Australia – for shareholders to set out their case for blocking the demerger.

After the board rejected their takeover bid earlier this year, the timing is governed by different timetables.

“The only thing I’ve focused on is winning this vote,” he said.

“I know there’s another campaign going on, but I’ve spent very little time thinking about it.”

In Pics: Even at the age of 40, Shweta Tiwari is very HOT, latest pictures set on social media