Ajay Devgn speaks on the initial performance on Nyasa-era social media; Kajol’s revelation and she wants her to be grounded 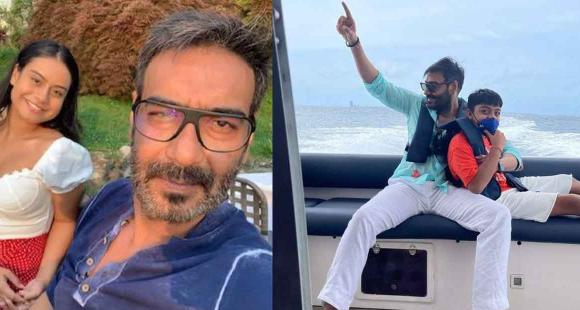 Being a celebrity in India is not an easy thing as celebs are under constant media scrutiny. Not only actors but star kids also grab headlines every time they step out of town. In fact, with the popularity of social media, star kids are in the limelight more often. And now, Ajay Devgn, who believes in having a friendly approach in parenting, has opened up about the early exposure of his kids Nysa and Yug and said that it is not possible to avoid social media these days.

“When times change, you can’t do anything. Social media is the order of the day. There is no escape from this. Why should it be any different for my kids?,” Ajay told Hindustan Times. Interestingly, the De De Pyaar De actor is in the hands of a father and ahead of Father’s Day, he clarified about his parenting style and said that parenting is a full-time passion. “The way the world is developing, “strictness” has no place in parenting,” he said. Ajay also emphasized that it is important to inculcate good values ​​in children.

Further, the Golmaal actor revealed that he talks to Nyasa and Yug a lot, teaches them about right or wrong and allows them to assimilate things. Ajay insists that while he and Kajol are seen as celebs, he wants Nyasa and Yug to be grounded too. “They make mistakes, of course, they disobey on occasion. When that happens, there are more conversations,” he explained.

Meanwhile, talking about the work front, Ajay Devgn will be next seen in Bharat Kumar’s next film Thank God opposite Sidharth Malhotra and Rakul Preet Singh. The film is set to hit the screens on Diwali this year and will clash at the box office with Akshay Kumar’s Ram Setu.

Still bumping into the starting line, the packers are looking for answers to their debut drive battle.