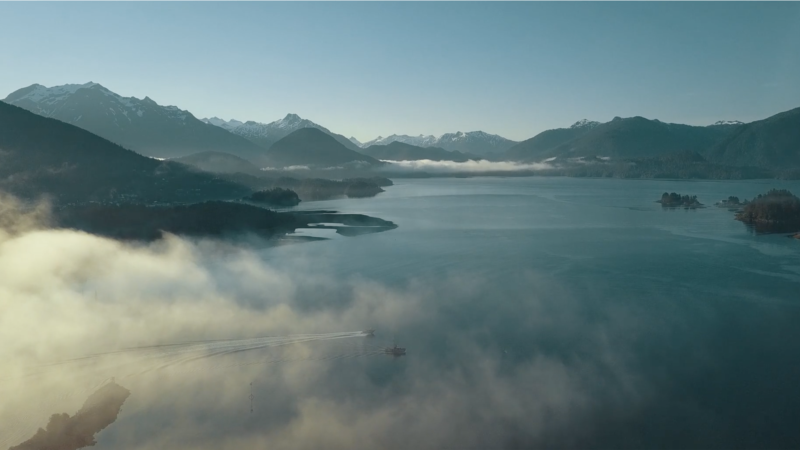 Known as America’s “Last Frontier”, Alaska evokes thoughts of polar bears, sub-zero temperatures and vast areas of little-explored terrain around the Arctic Circle. Alaska’s often difficult environment makes life difficult at best throughout the year, with some areas only accessible by boat or plane. The state is more than double the size of Texas with a population about as large as Washington, DC. Yet, despite the geographical and environmental challenges, the U.S. military has made its claim there since the 1860s, when the U.S. bought territory from Russia and nearly a century before Alaska became a U.S. state. In the past decade, the military has doubled its efforts in the far north and invested billions of dollars in upgrading air and missile defense while completely restructuring its military base structure. At Eielson Air Force Base, near the Arctic Circle, the air force has just added 54 of the country’s new F-35 stealth fighter jets. The jets, which sit at the top of the world, are prepared to respond to conflicts anywhere in the northern hemisphere. The base works all year round, even in skin burns minus 50 degrees again, when pilots can only resist the frigidity for minutes at a time. In warmer weather, the base offers several Red Flag Alaska exercises: war games for thousands of U.S. troops to train in combat-like situations with allies from around the world. At Clear Space Force Station, about 160 kilometers southwest of Eielson, the U.S. Air Force, Alaska Air National Guard and members of the Missile Defense Agency monitor threats in space, including North Korean intercontinental ballistic missile launches. In December, the Clear Station team received a new tool in their missile tracking arsenal, the Long Range Discrimination Radar, or LRDR, which according to officials is the most sophisticated ground-based radar in the world, capable of looking beyond other ground-based radars while simultaneously distinguishing between several small objects. At Fort Greely, an army garrison about 120 km south of Eielson, a team of soldiers protects 40 ICBM-killing weapons known as ground-based interceptors in silos deep underground. The US recently added 20 silos there, which will house new and improved anti-ICBM weapons around 2028, known as Next Generation Interceptors. At the Army’s Fort Wainwright, near the Arctic Circle, and Elmendorf-Richardson Joint Base near the state’s largest city, Anchorage, soldiers were assigned a new identity this month, which changed from a mixed structure under the U.S. Alaska Army. flag to the newly resurrected 11th Airborne Division. The “Arctic Angels”, as they are called, promise to “regain” American dominance in the Arctic. VOA visited each of these military locations to get a first-hand look at the new upgrades in action, hidden in visible sight deep within the remote Alaska wilderness.