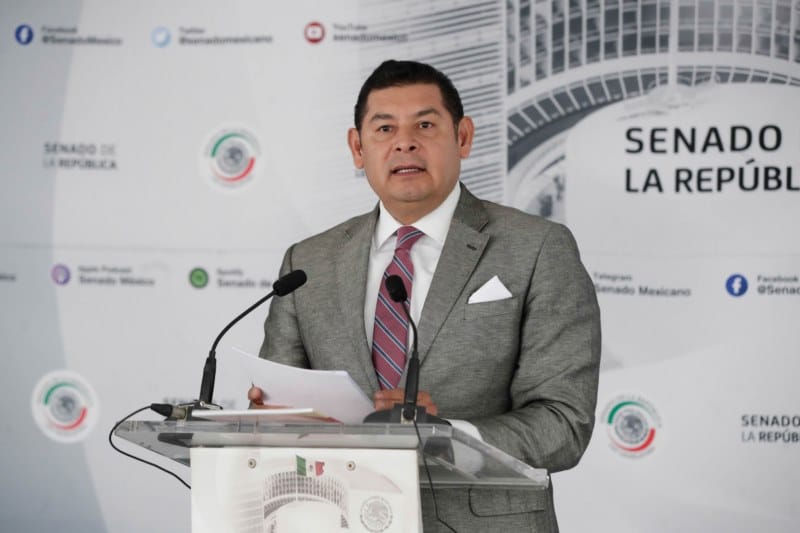 Thanks to the strategy to stabilize fuel prices, the country has solvency, he stressed.

Alejandro Armenta Maier, president of the Senate’s board of directors, assured that the government’s economic projections, “without a doubt generate a very important characteristic of confidence for 2023.”

He stressed that the strategy promoted in this case has generated an increase in the “tax sheet”, which has allowed higher incomes despite the crisis caused by the pandemic, the recession and the war between Russia and Ukraine, caused by Covid-19.

In this argument, he said, the plan to stabilize fuel prices prevented a further rise in inflation in the country and contributed to the stabilization of the Mexican peso, which allowed the country to become economically isolated.

Beyond that, he said, is the economic and financial discipline that the current administration has promoted.

He insisted that the fact that the head of the federal executive commented that debt restructuring would allow the next government to pay up to 50 per cent of debt service represented “a transcendental act”.

He warned that, if the trend in the indebtedness process continues as in other years, one trillion pesos will have to be paid annually by 2025, “which will affect the prospects for growth, development and well-being.”

For this reason, he stressed that the fact that the debt service could be paid with about 350 thousand or 400 thousand million pesos, gives the government, the administration, the states and the municipalities more resources and economic reactivation, security and conditions. will be allowed to invest in The guarantee of equipment for the police and of a greater perspective in the marital and personal security of the population.

On the other hand, he considered it necessary for municipalities to allocate more resources to their police, as he pointed out that this responsibility lies not only with the federal government, but also with the states and municipal presidents.

He said that, for the 2023 budget, the participation was increased from 14 to 17 percent; “I hope this increase is invested in security modules, cameras, patrol cars, gasoline, tyres, equipment, so that the security forces are not in a pitiable state.”

He added that most police officers also have to pay for the bullets they use to confront criminal groups carrying high-powered weapons. “With few exceptions, municipal authority is disallowed.”

Regarding the appointments of Enrique Rojo Steen, Ambassador of the Republic of Finland, and Carlos Manuel Joaquín González, as Ambassador of Mexico to Canada, he said that they are of great importance within the framework of the trilateral summit, which will be held between Canada and the United States. Analyze the progress of the trade agreement with.

For this reason, he explained, on January 4th, there is a plan to set up the Second Committee on Foreign Relations, National Defense and Public Education, which will analyze the issue, so that on the 5th it will meet and make related follow-up actions.

Regarding the so-called “Plan B” of electoral reform, Armenta Maier said that there are two options, one is to accept the proposed amendments, and the other is to insist on the version that the Senate sent to the company. -MLA.

When asked pointedly whether this reform would end up in court, the senator insisted that courts and judicial bodies have the task of resolving differences and that the legislative power is to respect those precedents.