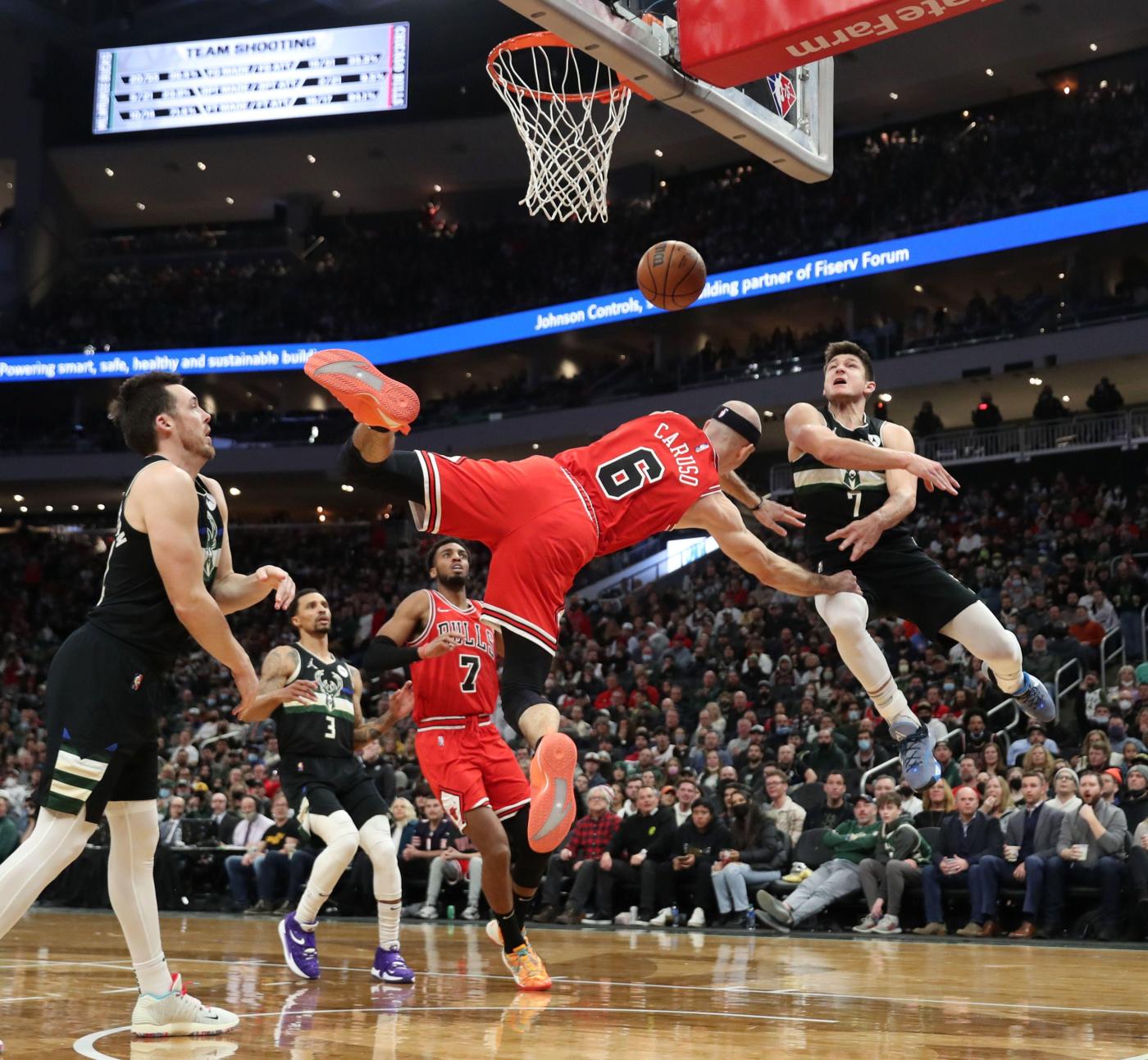 Alex Caruso could be back on the court in a Chicago Bulls uniform within the next week after participating in all team activities Friday, including contact scrimmages during practice.

Caruso underwent surgery in late January after suffering a right wrist fracture Jan. 21 against the Milwaukee Bucks. He said the fracture is completely healed, which prompted team doctors to clear him for contact without restrictions.

Coach Billy Donovan didn’t rule out Caruso’s availability for Saturday’s game against the Cleveland Cavaliers. Caruso still is feeling some soreness in the wrist and might need more practices before he’s ready to jump back into a game, but he spoke hopefully after his first practice in nearly two months.

But Caruso said any anger he felt died down during his weeks of recovery. He said he never heard from Allen, who defended the foul on a social media account and said he never intended to cause an injury.

Forward Patrick Williams joined Caruso in practice Friday, although his contact was limited to isolated drills with coaches. Williams and guard Lonzo Ball are on schedule to return by the end of March, bringing the Bulls closer to fielding a whole roster for the postseason.

The Bulls would relish any opportunity to strengthen their guard depth as Zach LaVine’s availability continues to be inconsistent. LaVine did not practice Friday as he continues to manage soreness in his left knee, which previously prompted him to fly to California for a series of injections from a specialist.

Although those injections — which included cortisone and platelet-rich plasma — offered temporary relief, LaVine and Donovan both described the treatment as a “Band-Aid” until LaVine can undergo more extensive treatment in the offseason.

Until then, the Bulls will manage LaVine’s health on a day-by-day, game-to-game basis. Donovan said LaVine is questionable to play Saturday and it could be a game-time decision.