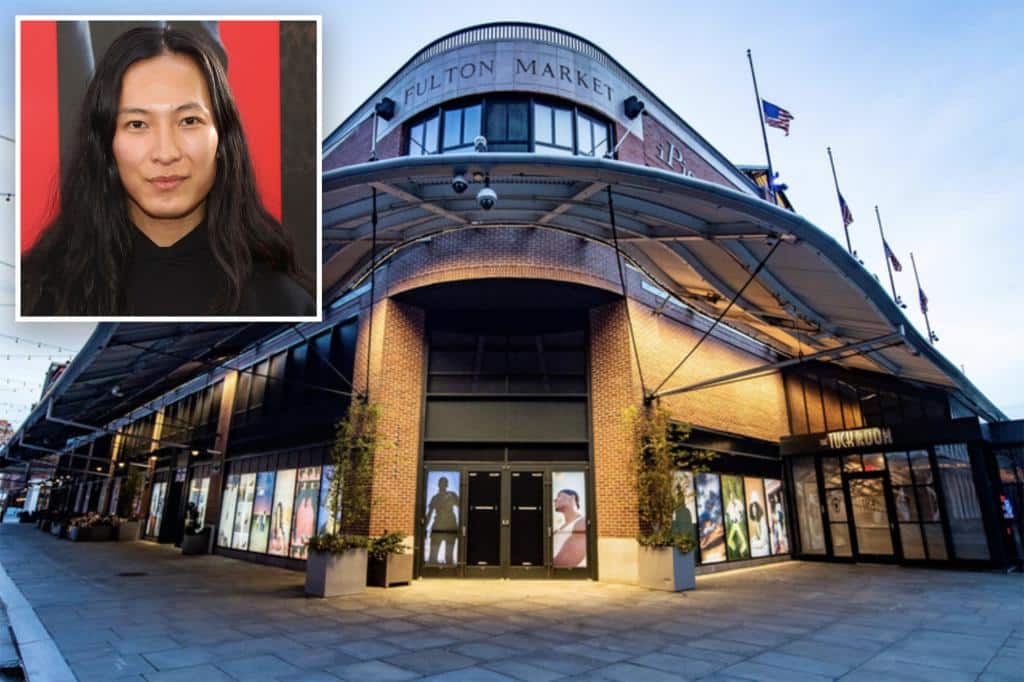 To get creative employees back to work, fashion designer Alexander Wang is moving his global headquarters to the Seaport in Lower Manhattan.

The eponymous company has outgrown its former home at 386 Broadway in Soho and will move next year to the top floor of 200 Front St., smack in the middle of the historic Seaport area.

“This was an opportunity to reinvent the corporate headquarters to accommodate the much larger company that exists today,” said Sean Black of BLACKre, who represented the designer.

There, employees will enjoy 20-plus-foot ceilings, a wraparound deck overlooking the East River, skylights, a mezzanine, exclusive elevators and escalators, and even access to approximately a dozen flagpoles lining the perimeter of the roof, ready for innovative flags to fly across the sky.

“It will be designed to attract employees back to the office with a build that will encourage physical collaboration and not only offer an open plan concept, but also have cubical space, light and air,” said Black. “It is well located in a very vibrant area that will allow the urban landscape to become an extension of the amenities.”

The space, a third-floor addition that sits on top of the Fulton Market building and is surrounded by a large terrace, had been taken off the market during the pandemic, said Gerry Miovski of CBRE, who represented the property along with Mary Ann Tighe. , Brett Shannon, Zac Price and Marsha Dudelzak.

The unique penthouse will be configured to house all of the company’s offices as well as its showroom. “This was the perfect fit for both tenant and homeowner,” said Miovski. He declined to discuss the rent in the 15-year deal, noting, “It was about finding the right rent that would work for both Alexander Wang and Howard Hughes, for a tenant that was good for the neighborhood and was the right fit. It’s great for downtown.”

Read Also:  US, Germany to boost cooperation on transition to clean energy

Alexander Wang, who launched his eponymous fashion house in 2005, had coincidentally hosted a show and after party at Seaport’s Pier 17 in 2018 before its refurbishment. But Black wasn’t aware of that before narrowing down the possibilities to “hundreds” of options.

In a statement, David R. O’Reilly, CEO of Howard Hughes Corporation, said, “Alexander Wang’s selection of Seaport for his new office and showroom in New York City reflects the growing demand we are seeing commercial spaces throughout the country that are surrounded by strong experiences, offers and integrated into the most dynamic communities in our country.”

Other companies now located at Seaport include iPic, ESPN’s broadcast studios and Nike’s creative studio. The Fulton Building is now fully occupied, while a variety of other spaces along with 88,000 square feet on Pier 17 are still available.