All signs suggest that COVID-19 transmission is restarting in Ontario, modeling suggests 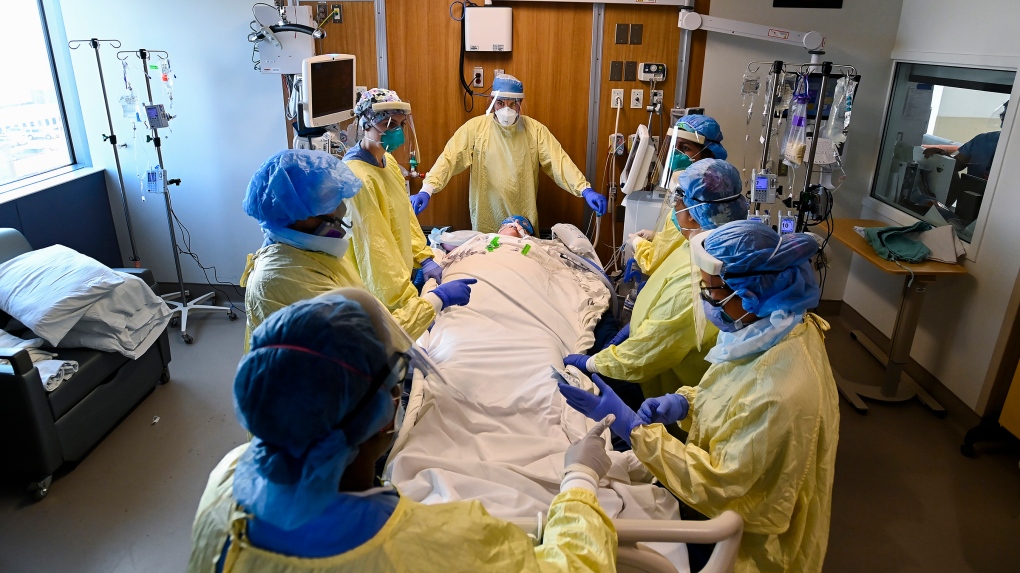 Ontario should prepare for a moderate rebound in hospital admissions due to COVID-19 between now and May, as all remaining surveillance shows the omicron wave has turned downward and is beginning to reverse upward , indicates the new modelling.

The Ontario COVID-19 Science Advisory Table says that with the end of mask mandates in most locations and the introduction of the BA.2 omicron subvariant in four days, hospital ICUs could increase by a third to 300 patients.

Overall hospital admissions by this time may be around 800, significantly lower than the peak in mid-January, where the total admissions testing positive for COVID-19 stood at over 4,100.

On Thursday, ICU occupancy fell below 200 and a total of 644 patients were admitted across the province.

They also found that test positivity is still increasing substantially among groups still covered by PCR testing, as well as rapid antigen screening programs in the workplace, which have shown an increase since mid-February.

Among those under the age of 59, who have had at least 40 PCR tests since March 2020, mostly of essential health care and care workers, positivity has increased upward since early February.

This latest model is subject to significant uncertainty, the modellers warn.

“Uncertainty remains over current community levels of immunity, future changes in behavior, and the future prevalence of the more transmissible BA.2 subvariant,” modellers warned in their presentation released Thursday.

Dr. Peter Juni, co-chair of the COVID-19 Science Advisory Table, told CP24 that the public should take away the sense of caution measured by this latest launch.

“We don’t pretend the pandemic is over overnight and leave all masks like T-shirts on the beach, but keep transitioning to more freedom over time. (We) gradually increase the number of contacts, gradually stop using masks in different situations.”

The Science Table said that restrictions on the availability of PCR tests and a lack of positive rapid antigen test results have limited efforts to contain the spread of infection in Ontario.

It continues to estimate that only one in every 10 infections now makes it into provincial data.

Modellers say the province should be prepared to reintroduce mask mandates, vaccine passports, and continue to improve ventilation and air filtration in public places if the spread gets out of control.

“Scenarios don’t assume that people change their behavior overnight like a light switch.”

“Ontario has performed significantly better than the best case scenario provided in previous modeling and we now have the lowest hospitalization rate of all provinces. We have maintained the ability to care for all patients who have It is needed, and our hospitals can manage any limits in these latest estimates.”

Modellers also found that the intensive campaign to get all adults a third COVID-19 vaccine dose, which began in late December, had a significant impact on hospitalizations due to COVID-19 the following month.

Without the third dose, more than 5,000 patients would have been hospitalized at Omicron’s peak in the third week of January, 34 percent higher than the month’s observed peak of admissions.

In the ICU, more than 200 patients would have been admitted by January 20, which is 30 per cent more than the peak seen in admissions.